A Lawsuit a Day Keeps the Leftist at Bay 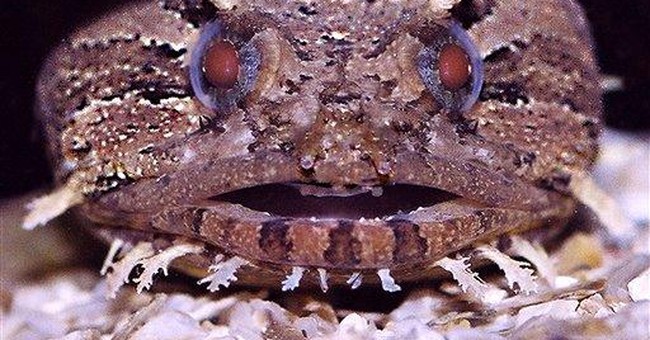 I have one simple goal for the 2008-2009 academic year: I want to organize more federal lawsuits against universities in one year than I have in the last four years working with organizations like the Alliance Defense Fund. In order to succeed, I need two things from ordinary Americans (including, but not limited to, typical white people).

First of all, I need parents to start raising children who know something about basic constitutional principles. One way to ensure this is to provide kids with alternatives to public education. Even a short two-week stint at a place like Summit Christian Ministries can help put your kids back in touch with the notion that ours is not a living, breathing constitution. In fact, it’s dead as a door nail.

After a recent speech at Summit, I was approached by a college student who had just completed a freshman course in English composition. The professor gave him the following assignment: List six contradictions between Genesis One and Genesis Two.

Yes, you read that correctly. The atheist English professor a) forced the students to write on a religious topic (in a course having nothing to do with religion), and then, b) made the students provide confirmation of his own religious views despite their possible views to the contrary.

The good news is that the student – obviously emboldened by the Good News – defied the professor and explained why his atheist views were wrong. The bad news is that, quite predictably, the professor gave him a failing grade on the assignment. Fortunately, the student was able to rescue his grade with extra credit. But, of course, no student should have to do extra work simply because he is a Christian. It’s like being sentenced to community service for the crime of believing in something.

But, of course, now that the student has graduated from Summit, he knows that what happened to him was illegal. And I have no doubt that it will not happen to him again over the course of his college career. I’m also confident he understands the need for litigation in such situations.

This tendency of professors to try to take advantage of the constitutional ignorance of students is quite pervasive. In fact, while I was at Summit, a staff member brought me a course syllabus from a Latin American Studies course taught by a leftist female professor having such tendencies.

The list of “guidelines” a student had to agree upon before starting the course was unbelievable. Among them was a stipulation that the student agree that, in America, factors such as race, class, gender, and sexual orientation are still the most pervasive influences on human behavior.

This is problematic for more than one reason. The most obvious is that the student might not agree that racism, classism, sexism, and heterosexism are pervasive, or even existent, in American society. If the professor disagrees, she should argue her point rather than expelling the student.

The less obvious problem is that this stipulation is an effective ban on conservatives taking the class. Conservatives are, by definition, people who view free will, not social forces, to be the most influential factors in determining human conduct. I believe conservatives should make a freely determined decision to end the viewpoint oppression with a federal lawsuit seeking compensatory and punitive damages.

By agreeing to teach at Summit Christian Ministries I know I’ve found fertile ground for recruiting plaintiffs in my own personal war against academic fascism. But I also need help from older citizens – those who were educated before the era of political correctness and diversity. Fortunately, my friends at the National Association of Scholars have come up with a new program that will help.

The Argus Project is one of those ideas so good and so important I wished I had thought of it myself. The idea is that there is so much lunacy in higher education that those fighting it need an entire army of eyes in order to respond effectively. All you need to do to become a part of the project is to send an email to NAS with the subject line “Argus.”

Last month I saw a sixty year old man drinking beer at a pizza place at noon. When I walked in he recognized me and offered up some unsolicited advice on how I could be a more effective columnist. But he could do a lot more good if he would stop drinking at noon and instead surf the website of his alma mater or, if he did not go to college, his local university. Then, after become a part of the Argus Project, he could feed information to the NAS or to me directly in order to help us all become more effective in restoring dignity to higher education.

The same could be said for the seventy year old retiree who told me that he did not envy what I was up against in my battles on our nation’s campuses. If you really do think I’m fighting an uphill battle then, please, lend a helping hand.

Older generations of Americans have simply worked too hard – and many veterans have fought too hard – to now resign themselves to defeat. They must fight while they can and make sure that younger generations understand that they owe it to them and to themselves to preserve the freedoms that came at such a cost. Freedom is, after all, a process. It is not merely a result.