Warning: How the VA 'Red-Flags' Patriots

Michelle Malkin
|
Posted: Aug 07, 2019 12:01 AM
Share   Tweet
The opinions expressed by columnists are their own and do not necessarily represent the views of Townhall.com. 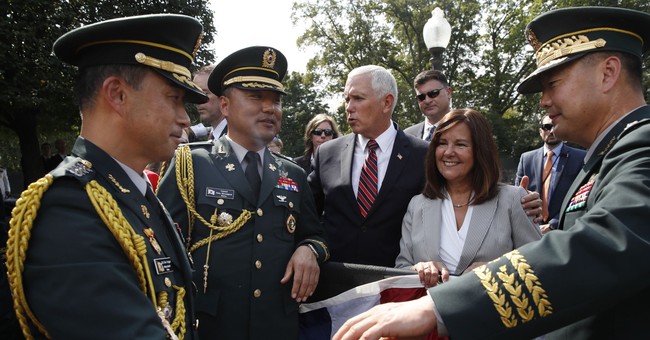 Gun-grabbing crisis vultures just can't let the latest mass shootings go to waste. "Red flag" laws are now all the rage in the Beltway as the magic pill to prevent homicidal maniacs from wreaking havoc on the nation. Even President Donald Trump has endorsed the idea of preemptively confiscating people's firearms if they are deemed a "threat."

But if you want to know how this American version of China's social credit system would work in practice, let me remind you of how Veterans Affairs recklessly red-flags "disruptive" citizens without due process, transparency or accountability in the name of "safety." Government bureaucrats routinely deprive our nation's heroes of medical treatment based on arbitrary definitions of who and what constitutes a mental health menace.

I first reported on the VA's secretive database on "disgruntled" and "disruptive" vets five years ago. Under the VA policy on "patient record flags," federal bureaucrats can classify vets as "threats" based on assessments of their "difficult," "annoying" and "noncompliant" behavior. The VA manual says the flags "are used to alert Veterans Health Administration medical staff and employees of patients whose behavior and characteristics may pose a threat either to their safety, the safety of other patients, or compromise the delivery of quality health care."

What a crock. It's precisely because so many vets receive inferior care from the feds that they have been forced to raise their voices. Have we all forgotten the 40 veterans who perished at the Phoenix, Arizona VA, which relegated patients to a bureaucratic black hole through secret waiting lists? Among examples of patients' behavior referred to the red-flaggers in the VA's "Disruptive Behavior Committees" (Orwell couldn't have cooked up a better name): venting "frustration about VA services and/or wait times, threatening lawsuits or to have people fired, and frequent unwarranted visits to the emergency department or telephone calls to facility staff."

Disabled Air Force veteran and veterans advocate/attorney Benjamin Krause has exposed the Soviet-style targeting of veterans flagged for exercising their First Amendment rights or threatening to sue the VA over neglectful care or for simply being too "expensive." He calls it "straight out of a totalitarian regime." In 2013, the VA inspector general concluded that the bureaucracy "does not have a comprehensive definition of what constitutes disruptive behavior." In January 2018, a VA Office of Inspector General report found that large numbers of flagged veterans were being left in the dark about being placed on dangerous patient lists -- with no recourse to remove phony flags or appeal in any meaningful way.

Despite rules requiring the "Disruptive Behavior Committee" to notify flagged patients of their status and informing them of their right to amend their reports, the OIG found no evidence in 49% of electronic health records that the panels had provided such notice and disclosure.

In 25% of medical records reviewed, the OIG "found no evidence that patients were informed they had the right to request to amend or appeal" special orders restricting care of flagged patients.

There are undoubtedly patients in the system who may pose real threats. But the "problem with the process is that it is secret," Krause explains at DisabledVeterans.org. "The review process is done in secret and the veteran will not know who sat on the committee or what the evidence presented was prior to the decision. Only after the decision is made are veterans informed of the outcome and given a chance to appeal the vague allegations. That seems like a due process violation if I have ever seen one."

Army vet David Scott Strain of Virginia told me recently that he was a flagged veteran. "My grave sin?" says Strain. "I tried to report the abuse of a deaf, infirm, WWII veteran. He was approximately 95 years of age. A male nurse stood behind his waiting room chair and shouted down at the top of his head, 'Hello! Hello! Hello! If you can hear me, you can come in now!'" Strain describes how the elderly vet "could not hear this, and the nurse went through 3 iterations, while giggling and looking at the wait-room personnel as if we were a comedy club audience. It was one of the sickest displays I've ever seen."

For blowing the whistle on VA elder abuse, Strain says, he was banned from all satellite clinics and only granted access to one main facility. VA flaggers can "manufacture tone, the content of what you're saying, and will even ascribe actions to you that you did not perform," Strain warns. "The potential 'red flag' laws concern me deeply," Strain told me. "Why any citizen would think it wise to let the government screw such handles to our backs, to threaten and wag us any which way, is beyond my understanding. However, I fully understand why politicians want it."

Complain too much. Criticize the powers be. Ask too many questions. Boom! You're a threat.

If such tyranny is allowed among those who volunteered to protect and serve our country in the name of safety, imagine how it will be implemented among the law-abiding, gun-owning general populace.