A Day Without American Tech Workers

Michelle Malkin
|
Posted: Mar 08, 2017 12:01 AM
Share   Tweet
The opinions expressed by columnists are their own and do not necessarily represent the views of Townhall.com. 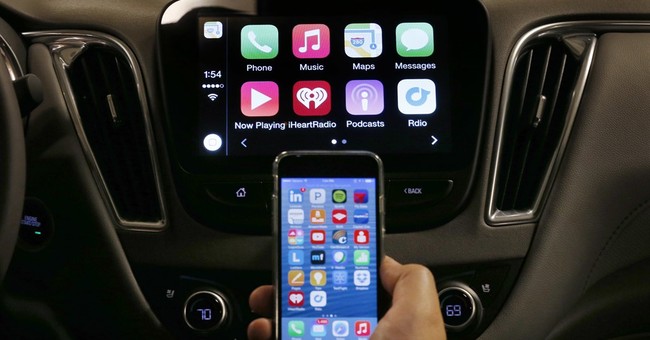 Last month, there was a national "Day Without a Latino." This week, the demonstration du jour shutting down schools and shops is a "Day Without a Women." Here's my question for all the virtue-signaling protesters who pay lip service to better jobs and wages:

Where's your awareness-raising event for untold thousands of our country's high-skilled men and women victimized by H-1B visa havoc? Thanks to cheap labor-hungry big businesses and money-grubbing politicians in both parties, every day has become a "Day Without American Tech Workers."

Our own best and brightest are vanishing in plain sight. It has been going on for decades -- and it's all legal. Several court challenges to the corporate abuse of the program have failed.

I interviewed a group of those workers last fall at a protest organized by American workers' advocate and lawyer Sara Blackwell after they got wind of the impending pink slips. Like the Disney workers and thousands of others before them, UCSF's loyal employees were coerced to dig their own graves: No severance packages unless and until they trained their inexperienced, cheap foreign replacements from India-based HCL Technologies Ltd. by Feb. 28.

Raymond Dy, a UCSF systems administrator, called the severance arrangement "a big slap in the face." Married with two young kids, and the family's sole breadwinner, he felt he had no choice but to comply.

Assisting the offshore outsourcing of his own job was, Dy put it, "insulting."

It's also a privacy and security threat. Kurt Ho, a 57-year-old systems administrator and lifelong Democrat who voted for Donald Trump, recounted his dealings with "very young" H-1B foreign workers who had trouble comprehending basic instructions on how to operate a premiere university's "mission critical systems." Dedicated to his job and country, Ho voiced concern about giving away the keys to Americans' health data to unsupervised foreign visa holders and their counterparts overseas.

"This troubles me a lot when I train them. We have to comply with the HIPAA (federal health privacy regulations). As foreigners, they don't have those requirements."

Oh, and you know that precious, left-wing San Francisco value of "diversity"? It got thrown out the window at UCSF thanks to the H-1B visa replacement racket. Diversity doesn't mean jack if a bleeding heart liberal, Trump-bashing university can avoid paying high-skilled American workers' pensions and benefits.

Audrey Hatten-Milholin, a 53-year-old senior systems architect at UCSF who is black, pierced the university progressives' hypocrisy. "After the election" last November, she told me, the school sent out emails to employees "reassuring people that the university would remain diverse" and committed to "inclusion" as an anti-Trump statement.

Yet, Hatten-Milholin (who served 17 years at UCSF) and many of her female colleagues lost their jobs despite "excellent performance reviews" as part of the school system's short-sighted attempt to "cut costs." She appreciated the post-election political gesture of supporting diversity, "but on the other hand, it was like, but what are you doing to us? There are not that many women in IT and they're getting rid of them, the few that are there. Half of them are going to be gone."

She recounted walking into an office suite to train the HCL foreigners to absorb her knowledge and eliminate her job, "and it seemed like everyone at their desk had a young male Indian worker there. I didn't see any women."

President Trump vowed to stop the sabotage of American tech workers and has already put a halt to "fast-tracking" of the visa that an Indian commerce official once dubbed "the outsourcing visa." But you know the high-dollar H-1B lobbies both here and abroad aren't going to down without a fight.

If only Bay Area liberals and Beltway Democrats weren't so acutely addled by Trump Derangement Syndrome, they might actually do something to help the American women and workers they pretend to champion -- instead of enabling their sellout.