Michelle Malkin
|
Posted: Jun 22, 2016 12:01 AM
Share   Tweet
The opinions expressed by columnists are their own and do not necessarily represent the views of Townhall.com. 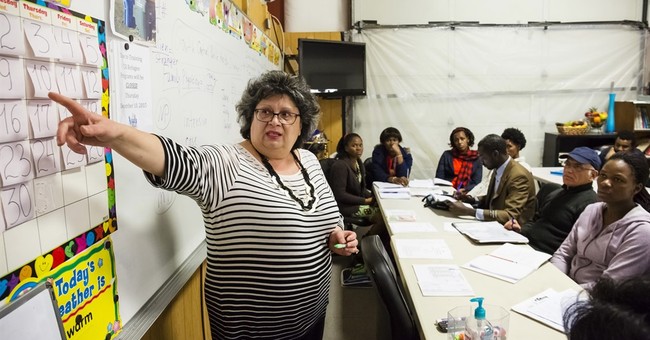 Something wicked happened in Idaho's rural Magic Valley. The evil has been compounded by politicians, media and special interest groups doing their damnedest to suppress the story and quell a righteous citizen rebellion.

The social media groundswell, untethered from the constraints of political correctness, forced government authorities to respond.

Police and the local prosecutor's office grudgingly confirmed that an investigation had begun into the incident. The victim: A mentally disabled 5-year-old girl. The alleged perpetrators: Three boys, ages 7, 10 and 14, from Sudanese and Iraqi immigrant families (predominantly Muslim) who have been in the country for less than two years -- all but confirming that they are refugees.

What happened? The case is under seal because it involves minors, but prosecutor Grant Loebs said there is videotape of the alleged sexual assault (a fact which local activists first divulged). Two of the boys are in custody. It's not clear what happened to the third.

Here's the sickening thing: The people who should have been asking tough questions -- like, you know, mainstream journalists -- have spent more time attacking local whistleblowers and bloggers than they have spent demanding answers and holding public officials accountable.

Why? Consider the backdrop. Residents in Twin Falls have been worried about the impact of an increasing influx of refugees, many from jihad-coddling countries, over the past several years. Their concerns about crime, welfare, health care, and schools echo those of communities across the country who are bearing the coercive brunt of Beltway bleeding hearts' refugee resettlement policies enacted in a shroud of secrecy.

Members of the Twin Falls City Council smugly likened refugee resettlement critics to "white supremacists." Regional newspapers including the Idaho Statesman and the Spokane Spokesman-Review rushed to discredit the on-scene reporting of internet writers such as Leo Hohmann, who had interviewed a witness to the crime for World Net Daily.

"Jolene Payne, an 89-year-old retired nurse who lives at the complex" told Hohmann that she spotted one of the boys "taking pictures with a camera" outside the apartment complex's laundry room. She went inside and found the 5-year-old naked with two of the younger boys naked standing over her. "The worst thing was the way they peed all over her clothes," she recounted.

Pro-mass immigration advocates may not like the sources of some of the original reporting that forced the case into the sunlight, but the watchdogs got more right than wrong. These critics now have Twin Falls' political leaders sputtering to cover their backsides and police brass defending themselves against explosive charges that they dragged their feet.

Instead, the "professional journalists" dwelt on a few early factual errors about whether the boys were from Syria and whether a knife was used -- and filled their dismissive articles with "can't we all just get along" propaganda from refugee resettlement advocates and contractors with vested financial interests in the game.

The callousness of local officials and indifference of local and national media reminds me very much of an international incident that went viral on YouTube earlier this year in the eastern German town of Bad Schlema -- located in a region overrun by Muslim refugees.

A concerned grandfather whose granddaughter under the age of 10 was sexually harassed by Muslim migrants protested to mayor Jens Muller. In response to his plea for help, Muller told the elderly man to direct his family to "not walk in areas" where refugees would be.

"Just don't provoke them and don't walk in those areas."

The grandfather lamented at the public meeting: "You're not allowed to walk in your own city anymore."

To which the jaded mayor replied: "This is the way it is."

Thank goodness there are Americans still fighting against the collective shrug of sovereignty surrender. Louder, please.