Michelle Malkin  |  Dec 10, 2014
The opinions expressed by columnists are their own and do not necessarily represent the views of Townhall.com.
Top Columns
Trending on Townhall Media 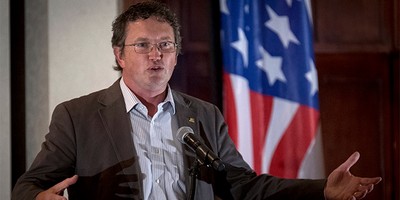 The wheels on the bus go 'round and 'round, just like the endless cycles of big, bad government programs to federalize preschool and daycare.

On Wednesday, the White House Summit on Early Education will unveil nearly $1 billion in new "investments" to "expand access to high-quality early childhood education to every child in America" from "birth and continuing to age 5." It's a retread of President Obama's 2013 State of the Union school-spending plan, which was a repackaging of his 2011 Race to the Top Early Learning Challenge program.

Those Obama initiatives are knockoffs of moldy-old Democratic policy chestnuts, such as former Vice President Al Gore's push to fund preschool for all 3-year-olds at a cost to taxpayers of at least $50 billion over 10 years, left-wing actor/director Rob Reiner's "I Am Your Child" campaign for universal preschool and child care, and Hillary Clinton's various "It Takes a Village" schemes to expand Head Start from womb to work. With age comes fiefdom.

How could anybody be against tax-subsidized Pre-K for all, you say? Let me count the ways.

Every one of these Big Babysitter boondoggles rests on "progressive" junk science. The Obama White House asserts that "studies show that for every dollar we invest in early childhood education, we see a rate of return of $7 or more." Balderdash. This discredited claim rests on results of the tiny Perry Preschool Project in Michigan, run at a cost of $19,000 per child more than a half-century ago, and a similar program in North Carolina called the Abecedarian Early Intervention Project.

As David Armor of the libertarian Cato Institute noted in a thorough review of the scientific literature this fall, the "groups studied were very small, they came from single communities several decades ago, and both programs were far more intensive than the programs being contemplated today."

More recent research by the Brookings Institution's Russ Whitehurst found that the vaunted academic benefits of full-time Pre-K in Georgia and Oklahoma "have had, at best, only small impacts on later academic achievement." In fact, Georgia elementary school students' test scores are mediocre, and Oklahoma test scores have been on the decline for the past decade. A 2010 Department of Health and Human Services report, which assessed approximately 5,000 3- and 4-year-olds who were randomly assigned to either a control group or a group that had access to the federal Head Start program, concluded that "at the end of kindergarten and first grade ... the Head Start children and the control group children were at the same level on many of the measures studied."

In 2012, government researchers reported "little evidence of systematic differences in children's elementary school experiences through 3rd grade, between children provided access to Head Start and their counterparts in the control group." The federal investments in early childhood programs keep ballooning, yet the educational impacts are dubious at best.

Then there's the alarming encroachment of data miners into the lives of parents and their young children. As I've reported previously, Common Core-aligned assessment systems such as Teaching Strategies Gold in Colorado and California's "Desired Results Developmental Profile" are stockpiling massive amounts of information on preschoolers' social, emotional, physical, language and cognitive development. The collection of data and accompanying assessment inevitably dictate the content in the classroom. TS Gold, which integrates its results into the vast network of statewide longitudinal data systems, raked in $30 million in federal Race to the Top subsidies in 2012. The latest round of Obama's "Preschool Development Grants" and "Early Head Start-Child Care Partnership Awards" require applicants to plug into this insatiable data machine, as well as "linking" and "partnering" with a plethora of other government programs.

After attending TS Gold training sessions last year, Cindee Will, principal of the James Irwin Charter Academy in Colorado Springs, calculated that compliance, not including taking and uploading photos of students as required, would soak up at least 16.5 hours of kindergarten class time per week or 640 hours a year of instruction in class. Test administration four times a year for an average of 25 students, she told me, would mean "150 hours per year or 2.5 months: one quarter of our time. And this equation is done with the knowledge that our K program is a half-day program!"

As you might imagine, the administrative and financial burdens on small, privately run part-time preschool programs would be even more onerous. Fatal. And exactly as planned.

Think Obamacare is bad? Well, welcome to TotCare. The goal of the educational central planners, you see, is the elimination of competition. The fact is that the vast majority of Pre-K kids are already happily enrolled in early childhood programs outside of Fed Ed's clutches. The "problem" isn't most families' lack of access to preschool. It's Washington's lack of access to your kids for their institutionalized warehousing, data mining and pedagogical propaganda schemes. The Nanny State's ceaseless quest for control keeps creepily rolling along.