The Death of Deliberative Democracy 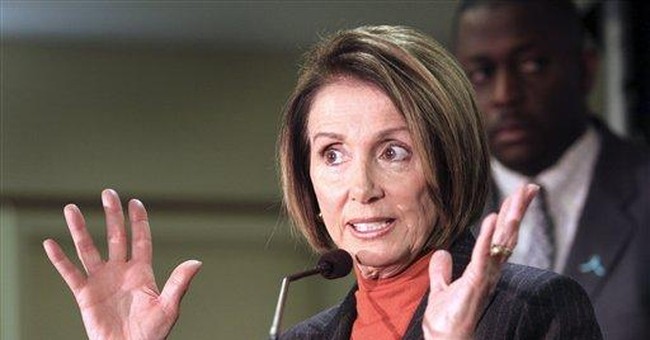 In 2006, the minority party in Congress issued a dire report on the "unprecedented erosion of the democratic process." Democratic Rep. Louise Slaughter, then the ranking member of the House Rules Committee, authored the scathing document. She blasted the majority Republicans' violations of "procedural fairness," short-circuiting of debate, and late-night meetings "to discourage members and the press from participating" in legislative deliberations. My, how history repeats itself.

Fast-forward to 2009. The Imperial Congress has returned. The oppressed have become the oppressors. Democrats have met the enemy of deliberative democracy, and it is they.

Three years ago, the Democrats complained of House Republicans rushing through conference reports "before members could read them." Sound vaguely familiar? They urged their colleagues in power to "spend more time on major, substantive legislation" instead of ramming things through. Deja vu, anyone?

The Slaughter report pleaded for more transparency and public access: "Regular order should be the rule, not the exception." Instead of meeting late at night or early in the morning, the Dems called on the majority to operate "during regular 'business' hours so that members and the press can attend and participate."

Three years later, Democratic House Speaker Nancy Pelosi is jamming a 1,900-page health care takeover bill through Congress for a hasty Saturday vote while members of her own party revolt against strong-arm tactics. Upward of 40 pro-life Democrats have objected to the plan's government subsidies for abortion. Majority leaders evaded sunlight by keeping a compromise amendment on the matter out of the version of the bill made available to the public. As of Thursday afternoon (fewer than two days before the scheduled vote), Pelosi had yet to decide whether to permit an abortion ban amendment to her health care bill.

Pelosi's "most ethical," open and transparent House ever ordered Capitol police to block a GOP staffer from attending the public unveiling of the health care reform plan last week. A week before that, Democratic Rep. Edolphus Towns, D-N.Y., locked Republicans out of the House Oversight and Government Reform Committee room to prevent them from meeting when Democrats weren't present.

In June, Pelosi's Imperial Congress severely curtailed debate on the House cap-and-tax bill and rammed a 309-page manager's amendment through the legislative grinder at 3 a.m., which no one read before the vote just hours later. As GOP Rep. Mike Pence pointed out on the House floor, the "debate" was a "travesty." So much for procedural fairness: 224 GOP amendments were denied by the majority.

In April, the House passed a $3.6 trillion federal budget in the middle of the night with phony fiscal restraint amendments that leaders all admitted would be thrown out during a closed-door conference.

In February, House and Senate conferees larded up the stimulus bill with pork galore behind closed doors while President Obama denied the existence of earmarks with a straight face. South Carolina Rep. and House Majority Whip Jim Clyburn snuck in a provision intended to punish governors who chose to turn down federal stimulus funds. The Democrats broke their high-minded pledge to give Americans 48 hours to read the bill before passage. "Urgency" demanded it.

On the Senate side, Majority Leader Harry Reid is playing Harry Houdini with his health care package. After announcing a deal last week and telling the public that he was sending his proposal to the Congressional Budget Office for scoring, there is still no actual bill to review. When 40 Republican senators demanded to see the bill, he played "you show me yours" and then admitted that, indeed, "there is no bill to release publicly -- it does not exist."

Emitting more vapor than an industrial humidifier, Reid still holds out the possibility of abusing the budget reconciliation process to force the government health care takeover through with a simple majority and limited debate.

Meanwhile, Sen. Barbara Boxer, D-Calif., performed an end-run around debate over her massive global warming bill on Thursday by using a "nuclear option" maneuver on the Senate Environment and Public Works. She and 10 Democrats rammed through the legislation without considering amendments and in defiance of GOP protests.

The 2006 minority Democrats' report on the death of deliberative democracy condemned the then-GOP leadership for becoming "the arrogant and corrupt majority they despised and condemned in their minority days." And now? Et tu, majority Democrats? Same as it ever was.