Taxation and Representation: Only Taxpayers Should Vote

Michael Youssef
|
Posted: Jul 15, 2020 12:01 AM
Share   Tweet
The opinions expressed by columnists are their own and do not necessarily represent the views of Townhall.com. 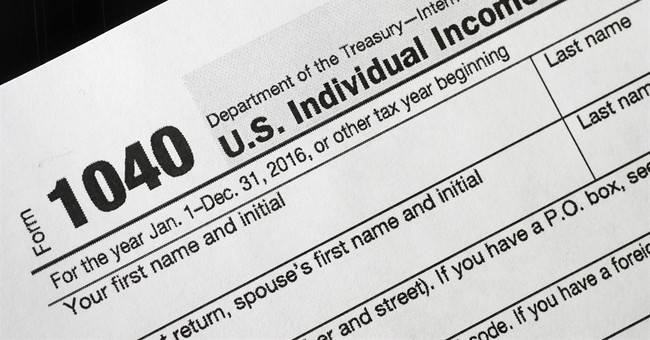 While many of America’s founding ideas—like the centrality of God in a just and free society—have been scrubbed from history textbooks, this important idea remains: no taxation without representation. America’s founding fathers went to war for this idea. They listed it as one of the 27 grievances against King George III in the Declaration of Independence.

This idea holds true today. If you pay taxes, you have a say in who represents your voice in government.

According to the Tax Policy Center, 44% of American households paid no federal individual income taxes in 2018. They may pay some taxes on gasoline, tobacco, and alcohol, and they contribute to Social Security, but nearly half of Americans do not pay any of the taxes that fund our national priorities—national defense, homeland security, welfare, education, and foreign aid.

There is a quotation often misattributed to Scottish historian Alexander Fraser Tytler but was actually penned in 1951 by an American named Elmer T. Peterson. It was relevant then and certainly is now. He wrote, "A democracy cannot exist as a permanent form of government. It can only exist until the majority discovers it can vote itself largesse out of the public treasury. After that, the majority always votes for the candidate promising the most benefits with the result that the democracy collapses because of the loose fiscal policy, always to be followed by a dictatorship."

Peterson wrote this in an editorial called “This is the Hard Core of Freedom” in November 1951, just one year after the advent of credit cards.

Peterson’s prediction is being fulfilled in our own time. In April 2020, the federal government owed its creditors $24.22 trillion. The debt is growing billions of dollars per day—and we face several trillion dollars in unfunded Social Security and Medicare liabilities as waves of Baby Boomers hit retirement age. At this rate, in just ten years, all federal tax revenue will go to paying the costs of these "entitlement" programs, leaving nothing for national defense or any other priorities.

Is this idea constitutional? Absolutely! The portions of the Constitution that deal with suffrage are the 14th, 15th, 19th, 23rd, 24th, and 26th Amendments. Read them. You'll see that my idea is constitutionally sound. Such a proposal would force our spendaholic government to listen to the voice of the taxpayers—the people who pay Uncle Sam's bills.

Who, then, would get to vote? Every bonafide stakeholder: current taxpayers. Those who have paid income taxes in the past (including retirees who no longer pay income taxes). And I would also include veterans and members of the armed forces—whether or not they pay taxes, they literally have their own "skin in the game."

Some critics would say that this idea is an attack on the poor. Nonsense. I would disallow the non-taxpaying rich from voting as well—and from buying influence through lobbying. There are more non-taxpaying rich Americans than you might suppose—such as L.A. Dodgers owner Frank H. McCourt Jr., a multimillionaire who paid no federal or state income taxes from 2003 to 2008, according to the Los Angeles Times.

There are those who would argue that everyone should have a right to vote—it's only fair! But is it fair for one group of citizens to vote to take the private property of other citizens?

Instead of viewing my suggestion as taking the vote away from "the poor," let's reframe the question this way: Why does our tax system permit more than half of all Americans to pay no taxes? Shouldn't the tax burden be spread more equally across the population? Even a tax bill of as little as $100 a year might motivate them to elect more fiscally responsible leaders.

To those who still think this idea is unfair, let me pose this question: Are you seriously telling me that 44% of Americans are poverty-stricken? In 2019, 70% of American consumers subscribed to video streaming services like Netflix and Hulu, and 44% of Americans subscribed to cable TV. If most Americans can afford hundreds of dollars per year for entertainment, they can certainly afford to become shareholders in our republic.

One of our founding fathers, Samuel Adams, said, "Let each citizen remember at the moment he is offering his vote... that he is executing one of the most solemn trusts in human society for which he is accountable to God and his country." Adams reminds us that voting is more than a right and privilege. It's a responsibility. And who should be trusted with such an important responsibility? Responsible taxpayers.