The Power of Propaganda 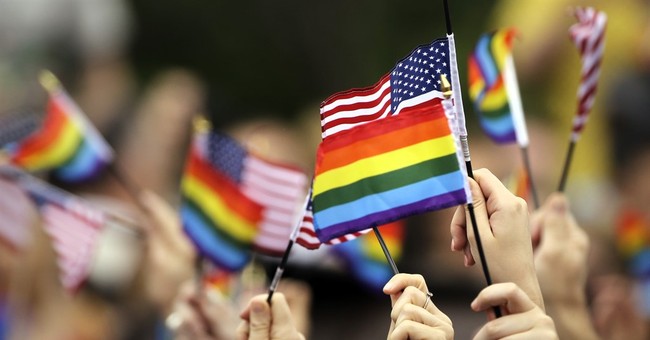 Recently I tweeted a statement that was attributed to Stalin and used by Joseph Goebbels (Hitler’s propaganda minister). Goebbels said: “If you tell a lie big enough and keep repeating it, people will eventually come to believe it.”

Our Western media has not only proved that theory, repeatedly, but they have perfected it right before our eyes.

Take the LGBT lobby as an example. The LGBT community represents less than 2 percent of any Western population. Only thirty years ago, they claimed to only want “acceptance of our lifestyle.” Today, the persecution of those who disagree with them enjoys social acceptance.

That is a stunning turn of events.

America has always been a nation that supports the underdog and strives to give fair treatment to everyone. Throughout our history, America has been the most generous and accepting society in the world.

Why else would millions line up each year to come to our country? I was one of those people fifty years ago.

To be sure, America has never been, nor will ever be, a perfect country. But compare it to the rest of the world, and it’s easy to see why it is the most desired destination.

But during the last three decades, a small group of propagandists have used our country’s precious and unique moral values as a weapon in their favor. Once they succeeded in silencing those with different views, they turned their success toward persecution.

That success was accomplished through the aid of the media. Although the homosexual lifestyle is far outside the mainstream—biblically and morally—the media was able to help elevate the LGBT lobby to the role of accusers-in-chief of the mainstream. To solidify that position, they labeled anyone with deep religious convictions as “haters” and “extremists,” and the destruction of their livelihoods was given legitimacy.

Soon, everyone’s liberty and lives could be in danger.

It’s important for us to understand, however, that not all homosexuals agree with their lobbyists and propagandists.

As a Christian believer, I have always reached out to and befriended people who live the homosexual lifestyle. Even during the 1980s, when a gay-rights lobbying group within the Episcopal church (to which I once belonged) tried to silence the views of true Bible believers, I still reached out to homosexuals.

I did so without hiding my opposition to their chosen lifestyle. In fact, it deeply offended me when some of them tried to equate their chosen practice with the color of my skin and my African descent.

But that didn’t stop me. No one is a true disciple of Jesus if they hate anyone—even those who position themselves as enemies. That is not open for discussion, and my homosexual acquaintances know that.

Although true Christian believers will never compromise their convictions and acquiesce to this anti-biblical lifestyle, homosexuals need to know that a Christian is truly their best friend.

Don’t believe me? Then look at what Islamists do to homosexuals.

Their “acceptance” of homosexuality ranges from beheadings to throwing them off high-rise buildings.

Christians, on the other hand, have always been persecuted for the truth of the Gospel. And they find such treatment of homosexuals to be the epitome of evil, even though they vehemently disagree with the lifestyle choice.

It is time for those within the homosexual movement to reassess their fight against Christians and Evangelicals. And more importantly, it is time for them to seek to know the Savior.

By coming to the Savior with repentance and faith—just like the rest of us have done who have come to the Savior—He will have mercy on them and deliver them.

And I pray that His mercy will deliver them as a community from the hands of the Islamists.