What I Fear More than Islamic Jihadists 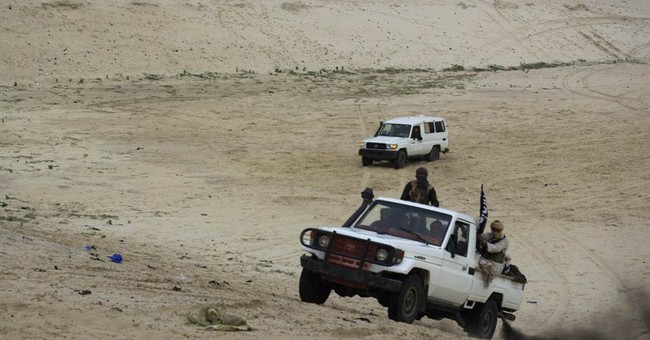 “I do not fear Islamic Jihadists nearly as much as I fear the Christian church in the West departing from biblical orthodoxy.”

That was how I opened a speech I made recently to the National Religious Broadcasters convention in Nashville, Tennessee. What gives that fear such certainty is the knowledge of a historical fact—namely, throughout history, Islam grew when Christianity was weakened through its departure from biblical authority.

There is no doubt that Islam grew out of a corpse of a church that was beset with heresy and apostasy. Immediately prior to the rise of Islam, viruses of false gospels had marred Christianity beyond recognition.

Christianity dominated regions of the Middle East, North Africa, and Europe. But despite that strength, the founder of Islam was confused and frustrated when he listened to some Christian leaders casting doubt on the divinity of Christ—the very heart of Christianity.

The falsehoods facing the church then are not unlike the ones the church in the West faces today. Then, they were known as: “Arianism,” “Nestorianism,” “Sabellianism,” “Ebionism.” Today, they go by names such as: “universalism,” “heterodoxy,” “emergent church,” “insider movement,” “hyper grace,” “Chrislam.”

Mohammed got information from false Christians, and that led to apparent contradictions in Muslim writings—whether in the Qur’an or Sunnah. Those contradictions are the source for war within Islam today, with each faction quoting from contradicting texts.

The North African church was once powerful and influential. It produced great men such as Saint Augustine. Yet, the church fell into the clutches of false teachers as early as the 5th century.

One of those falsehoods is known as the Montanist movement. Among the significant falsehoods that the Montanists taught was the belief that the canon of Scripture was not closed. The Bible could still be amended.

In the 7th century, the Arab/Muslim armies stormed their way toward the pristine coastal Mediterranean towns of North Africa, which bulged with tens of thousands of churches. The conquest was over in a very short time. Having lost their biblical moorings, those churches wondered if God was not bringing a new revelation.

They were so opened-minded that they were like chickens letting the foxes into the hen house. It was only a matter of time before those tens of thousands of churches turned into mosques.

For those in church leadership today who say that biblical orthodoxy doesn’t matter, let me offer a warning. Islamists today are intent on finishing the work of Muslim conquest.

Modern Islamists, such as Sheikh Yusuf Qaradawi, recognize that the first and second jihads (from the 7th and 14th centuries) failed to completely subjugate Europe. They now plan for that to be accomplished through the third jihad, which began in the 1970s. That subjugation will be achieved through Muslim population migration and increases, and through the control of trillions of Arab/Islamic dollars that are invested in European capitals.

Looking at the numbers, those Islamists have good reason for optimism. In France and Germany, there are now 5 million Muslims, respectively. In the UK during the last decade, the Muslim population increased 10 times faster than the rest of the population.

Sheikh Qaradawi’s strategy is well on its way to being accomplished.

So how should the West respond?

There is only one answer. The church of Jesus Christ in the West must wake up and shake itself from its long stupor.

Having done that, the church will take Jesus’ commission to heart. Instead of accommodating the pressures of culture, it can once again spread the gospel to Muslims and non-Muslims alike.