What Does This Announced Caliphate Mean? 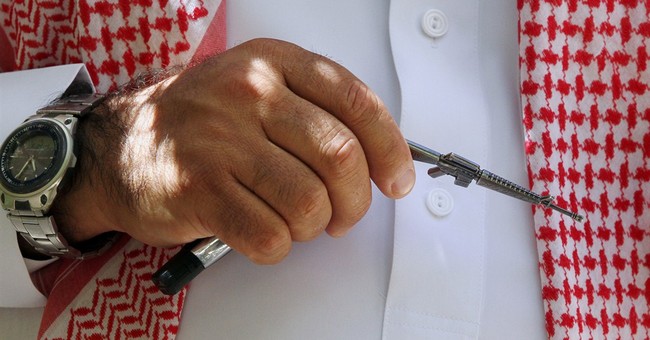 The ISIS, which has conquered vast portions of Syria and Iraq, has now declared itself to be the new Islamic caliphate. There has been no caliphate (an Islamic state led by a “successor” to Muhammad) since 1916, after the end of more than 400 years of Turk-enforced rule over a resentful but helpless Arab world.

Since then, most Sunni Muslims have informally recognized the legitimate successor of the prophet Muhammad to be the king of Saudi Arabia, whom they call the “Guardian of the Two Holy Places.”

But in recent years, many rival factions have risen across the Islamic world, each claiming to be the one to bring about the legitimate succession.

The Muslim Brotherhood, supported by Turkey and Qatar, is one faction.

Al-Qaeda, and particularly Osama bin Laden at one time, had also hoped to be recognized as such.

But now, a far more blood-thirsty group has upstaged those and many other Islamic factions. What was first known as the Islamic State of Iraq and Syria (ISIS), but lately just calls itself the Islamic State, has declared itself to be the rightful caliphate and is now commanding the allegiance of all other smaller factions.

Although the West, and America in particular, have every reason to fear that declaration, other Arab Sunni countries have much more at stake. That’s to say nothing of the Shiites in Iran, Iraq, and Bahrain, who believe they are the legitimate successors through the prophet’s lineage of Ali and Hussein.

Those in the West might be inclined to believe that such Islamic division is good for the West. However, those divisions can only spell deep pain for Christians in the Arab world, and ultimately for Israel, the U.S., and Europe.

The way each faction proves its superiority over each other is by demonstrating how much blood it can spill against “soft” targets. Therefore, they behead docile Christians, and when they find the opportunity, they go for the bigger targets, like Muslims whom they consider to be apostates or rivals.

As Al-Qaeda demonstrated on September 11, 2001, they will pick on an easy target - like the lax U.S. airport security- to kill thousands of unsuspecting Americans.

In Egypt, when the Muslim Brotherhood felt threatened by the powerful military, they went after Christian churches, schools, stores, and homes—burnings hundreds and otherwise destroying hundreds more. The strategy worked for them, as they received wide support from the Islamic world (thankfully, today, the Brotherhood is growing weaker due to rejection from the Egyptian public).

And today, the capitulation of the U.S. administration by withdrawing all its troops from Iraq has resulted in the current mayhem against Christians and other Muslims.

Now some ask, “What would American troops have accomplished?”

A great deal. Put a weak boy in an empty classroom with a bully and the weak boy will be in deep trouble. But put a teacher in that classroom to observe the interaction and suddenly the bully will find a way to behave himself.

That being said, I am in no way advocating military intervention in Iraq; it is entirely too late for that. So what is the answer?

For starters, President Obama needs to seek out someone like President al-Sisi of Egypt, who has successfully stood up to Islamist bullies in the region. Mr. Obama needs to eat some humble pie and apologize to al-Sisi for supporting the Muslim Brotherhood and objecting to his legitimacy.

President al-Sisi has proved that he’s a match for Islamist bullies. And as a former Field Marshal and head of military intelligence, he can steer the U.S. and the West to the right strategy in dealing with this disastrous situation.