The Tragic Result of a Foreign Policy Driven by Politics 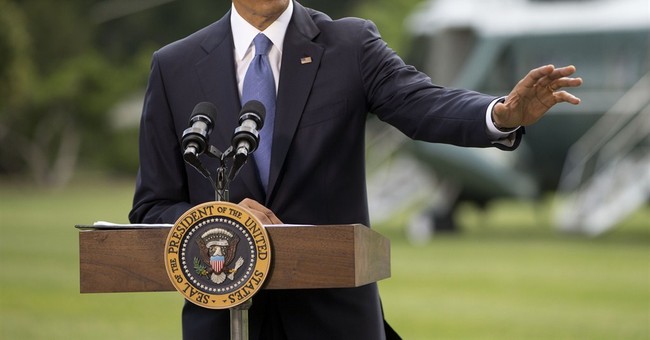 “Bodies are scattered all over the streets,” is how an Iraqi pastor described the situation in Mosul, Iraq, the country’s second-largest city.

It’s nearly impossible to square this Islamist takeover of Iraq—accomplished through beheadings, burnings, and slaughter—with the euphoria that some in the Bush administration felt immediately after the 2003 invasion.

Of course, that euphoria didn’t last long. Bush refused to play military expert and allowed his generals to make the decisions, and the Iraq War turned into a long and bloody struggle. But General Patraeus’s surge worked, and Iraq then experienced a short period of peace.

Since then, however, hope for Iraq has evaporated. Of the 1.4 million Christians who peacefully existed in Iraq before the American invasion, there are less than 300,000 remaining.

And now Iraq is falling to a new rage of violence.

It is heart-wrenching to think of the thousands of Americans who spilled their blood, and the billions of dollars spent in that land. For what end? The slaughter of Christians and Muslims?

The problem with our foreign policy is that it’s often made with an eye toward politics. Very little effort is invested in consulting people who could paint a clearer picture of the consequences of our actions.

To be sure, Saddam Hussein was a bloody dictator. But he knew his country well. He knew that an iron fist was the only way to unite his country’s three different ethnic and religious segments—Shiite, Sunni, and Kurd—groups that had little understanding or desire for democracy.

Had the folks in the Bush administration not been bull-headed and allowed the country to be divided into those three segments, most of this carnage may have been avoided or minimized. But Bush viewed such a division as a failure of his utopian dream of a united, free, and democratic Iraq.

To add insult to injury, Mr. Obama came along with his own version for a utopian fantasy of peace and harmony and suddenly withdrew all U.S. troops. As a result, he left no buffer between the factions that had been warring for 1,400 years.

The Iraqi army and police, whom we trained, are so terrified of these Islamist monsters that they are fleeing from their path. And any U.S. intervention would only mean that we would get bogged down in a deep mire from which there is no escape. In many ways, it’s too late in the game to contemplate military intervention.

It looks like the world is about to witness an apocalyptic inferno in the Middle East.

Could it be that God is showing us that we’re helpless without His power?

These are the times when Western armies, with their sophistication and technology, can only stand by, helplessly paralyzed, before a tsunami of evil and carnage.

All people who believe in the God of the impossible—the God who will not be mocked by man’s arrogance and cunning—need to get on their knees in humility and pray that He will mercifully overrule the foolishness of Western leaders.