From Atlanta To The Ends Of The Earth 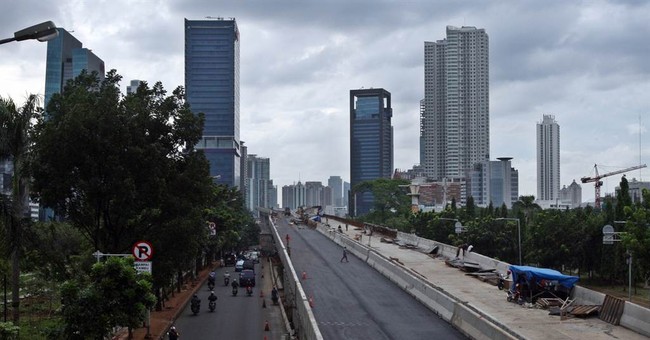 We no longer live in a time when isolationism is possible. Through the power of technology, those across the world are as accessible to us as those next door to us. What happens in one part of the world now impacts the entire world.

Often, I am asked, “Michael, why do you spend so much time focusing on other nations? We have so many problems here at home.” While I agree our problems here need to be addressed, and I do address them daily, the time has passed when America can be our sole focus. What is happening in the world politically, economically, and spiritually impacts each one of us sooner or later.

This is why I am spending this week in Jakarta, Indonesia—the world’s largest Muslim nation. I am meeting with pastors, political and business leaders, and am sharing the Good News of Jesus Christ with thousands of people over three nights from May 23rd-25th in Istora Stadium. The event is also being broadcast throughout the entire nation of Indonesia on LIFE Channel and across the Arab world on THE KINGDOM SAT channel. You can watch it here from 7:00 a.m. to 10:00 a.m. EST on Thursday, Friday and Saturday.

Although Indonesia is the world’s largest Muslim nation, there has been a surprising amount of religious freedom there. However, in recent years, radical Islamic groups there have committed increasingly aggressive campaigns and attacks against Christians and other minority religions.

Our time may be limited in Indonesia, but we have the opportunity today to see Indonesia reached for Christ and healed from its tumultuous past. I long to see it happen.

My prayer is this week’s event will lead the way towards long-lasting spiritual transformation throughout Indonesia. Friends in Indonesia shared church growth statistics with us pointing to the possibility that within my sons’ generation, we could see the world’s largest Muslim nation become 50 percent Christian. In fact, last year a Christian governor was elected in Jakarta where there are great efforts to stop corruption, leading to the development of much needed business and governmental infrastructure.

There is no doubt; Indonesia is poised to experience a transformation of lives, society, government, family and businesses. Before our very eyes, we have the opportunity to witness the healing of a nation—true healing only available through Christ Jesus.

Recently, Indonesia has been an economic marvel as they experience six to seven percent annual growth, close to China’s growth. Economically, the nation is booming and it is my prayer Indonesia will spiritually boom as well.

Imagine the impact to the world as millions of people in the world’s largest Muslim nation receive Christ. This possibility is why I reach out just as passionately to other nations as I do my own.

I hope you will take a minute to learn more about this event and will pray for us.