Indian Country Wins With Trump, and Here's Why

Michael Woestehoff
|
Posted: Oct 30, 2020 11:45 AM
Share   Tweet
The opinions expressed by columnists are their own and do not necessarily represent the views of Townhall.com. 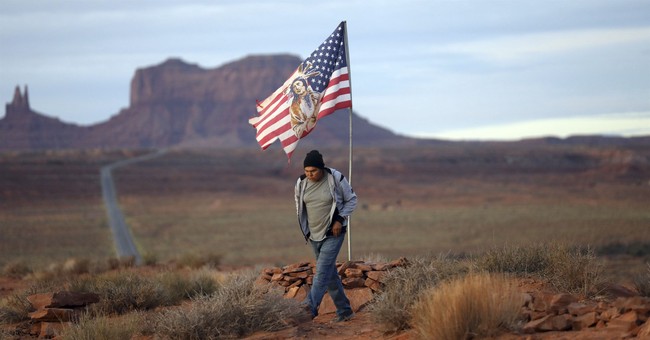 Under the Trump administration, I have witnessed a significant improvement of Native American lives, particularly our rural tribal citizens and urban Indians. Like all Americans under this administration, we benefited from an overall increase in wages, a return of manufacturing jobs, lower health care premiums, and the ability to buy a home. We now have a president who encourages an expedited entrance to a career through technical training and enrolling in two-year colleges. To me, this speaks to our Native communities.

Many of us saw an increase in job opportunities, especially in 2018-2019. If you wanted a job, you could get one. Today, we are being encouraged to learn a trade that gets us into those blue-collar jobs faster. Before, our only pathway was leaving our families and enrolling in far-away universities, detached from our culture, only to be shamed if we fail. That is not true today.

There are many tribal-specific wins that we have secured with President Trump, from the recognition of seven new federally recognized tribes, 48,000 new acres of land into trust, new NEPA regulations that increase tribal involvement, sustainable infrastructure funding for our roads and BIE schools, and now the Lumbee Nation is on the fast track to recognition.

As a person in the Indian affairs orbit in Washington, D.C., I have witnessed firsthand how eager President Trump and White House officials have been when it comes to working with tribes, particularly around the CARES Act and slowing the spread of coronavirus on tribal lands. Sadly, this eagerness has not been reciprocal. Some tribal leaders refuse to work with the White House, resulting in a situation where many tribal governments and their departments do not apply to federal grant opportunities, increasing our communities' inequities. I am hopeful in President Trump's second term, there can be reconciliation and normalization of our government-to-government relationship.

Under the Trump administration, I have seen for the first time a reduction of opioid overdoses and a decrease in foster children entering the system, which went under the radar with the previous administration. It is encouraging to see the Trump administration take such a laser focus on reducing substance abuse, addressing the crisis facing our murdered and missing brothers and sisters, and promoting healthy families to grow and prosper. This is what we have always wanted for Indian Country.

Ever since I was a child growing up in Ganado, Arizona, on the Navajo Nation, tribal sovereignty and Indian self-determination was a slow-moving pursuit due to burdensome federal and tribal bureaucratic red tape. President Trump has removed many federal barriers to encourage entrepreneurship, grow minority-owned small businesses, and to put a little more money in our pockets.

Today, opportunities abound, and the ability to manage our own affairs has been more realized than ever before.

Michael Woestehoff (Navajo) is a multi-industry consultant based in Washington, DC and serves as an advisory board member for the Native Americans for Trump coalition.