Michael Tanner  |  Dec 26, 2013
The opinions expressed by columnists are their own and do not necessarily represent the views of Townhall.com.
Top Columns
Trending on Townhall Media 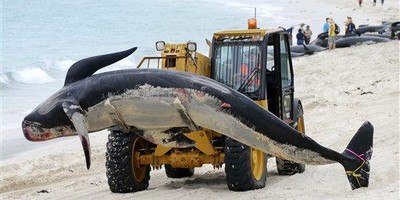 Welfare advocates regularly urge Americans to look to the European welfare state as a model. At least in the case of the Netherlands, they might be on to something.

The Dutch have just announced a massive reform of their welfare system, designed to reduce dependency and put a new emphasis on work. For example, welfare applicants will now be required to prove that they spent at least 4 weeks actively searching for a job before they become eligible for any assistance. And once they begin to receive benefits they will either have to work or perform volunteer community service. Dutch welfare recipients would be required to take available jobs even if they had to move or commute up to three hours per day.

Given that just 42 percent of U.S. welfare recipients are engaged in even broadly defined work activities (including job training, college, or job search), and that an attempt to restore work requirements to the food stamp program has been met with a storm of resistance, the Dutch appear to be much more pro-work than we are.

Other reforms would reduce benefits by treating families as a single unit, rather than as separate individuals. For instance a mother with two children would receive a single payment rather than three separate payments. The combined payment would be less, based on the assumption of “shared expense.”

According to the Dutch government, the reforms will ensure that welfare is seen as “a safety net, rather than a right.”

What the Dutch apparently understand is that, in the long run, welfare dependency hurts the very people it is designed to help. Making poverty a bit more comfortable may be satisfying in the short term, but the real goal should be to reduce the number of people in poverty. To do that requires people to take more responsibility for their own lives.

That’s a lesson in European compassion that the U.S. could learn from.