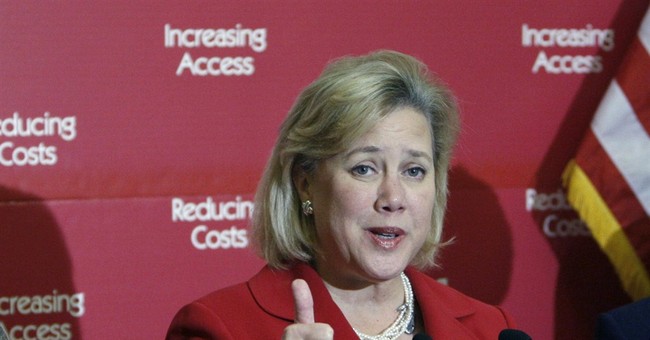 The dominoes are falling.

The administration’s decision to postpone implementation of the Affordable Care Act’s employer mandate until after the 2014 midterm elections is just the first to fall. More will be falling soon thanks to the administration’s belated recognition that the health care law will be a job-killing burden on business.

In fact, this is actually the second major part of Obamacare to be postponed in the past few months. This spring, the administration announced that the ACA Small Business Health Option Program (SHOP) would be postponed until at least 2015. That program was designed to help small employers provide their workers with a choice of health plans. But in April the administration had to pull back and admit it couldn’t provide those options.

Or perhaps we should call this the third major part of the law to fall apart. In 2011, the administration was forced to permanently postpone implementation of the CLASS Act, Obamacare’s long-term care program. That program was formally repealed in 2012.

Significantly, the administration’s decision to postpone the employer mandate may make a bad situation worse, at least for workers. The postponement affects only the mandate that employers (with 50 or more workers) provide insurance. The individual mandate remains in place, requiring nearly all Americans to have insurance or pay a fine. Individuals who would otherwise have gotten insurance through their employers may now be forced to purchase their own insurance.

It increasingly looks as though that insurance will be very expensive, especially for the young and healthy. In fact, as the Wall Street Journal recently reported, some consumers “could see insurance rates double or even triple when they look for individual coverage under the federal health law later this year.”

Earlier this year, a study in the American Academy of Actuaries’ magazine found that 80 percent of young adults aged 18–29 not eligible for Medicaid will face higher costs, and that 20- to 29-year-olds on the individual market not eligible for subsidies will see their premiumsincrease 42 percent.

New federal subsidies are supposed to offset rising premiums to some degree. But it is now an open question as to whether those subsidies will be available in 2014. For the system to work, the administration needs to know which workers are eligible for subsidies. Workers who are being offered affordable insurance coverage through their employers are not eligible for subsidies. But employers won’t have to report whether their workers are being offered affordable insurance coverage until after the employer mandate takes effect, which means the government won’t have that data  until at least 2015. Without it, workers could be on the hook for the entire cost of the insurance they are being forced to buy.

And if the administration does find a way to offer subsidies? That will only further drive up the law’s price tag. The cost of the average exchange subsidy is now projected to be $5,510 in 2014, $700 more than it was projected to be last year. Overall, subsidies were estimated to cost $1.15 trillion over the next 10 years. But that was before the administration’s decision to postpone the employer mandate. With fewer workers receiving employer-based coverage, but all Americans still legally mandated to buy insurance, more workers will end up purchasing insurance through the exchanges, meaning that the cost to taxpayers of providing subsidies will almost certainly rise.

By postponing the employer mandate, therefore, the administration has shifted costs from employers to workers and/or taxpayers. That hardly seems fair.

So we should expect the administration to come under pressure to postpone the individual mandate as well.

The administration is also struggling to implement Obamacare’s federally run insurance exchanges. HHS Secretary Kathleen Sebelius has insisted that the federal government will be able to set up and run exchanges in some 33 states where state governments have chosen not to, but Sebelius has been unable to provide Congress or the public with a credible plan for doing so. A new report from the Government Accountability Office questions whether the exchanges will really be operational by their October 1 deadline. “[T]he timely and smooth implementation of the exchanges by October 2013 cannot yet be determined,” the report states.

If the exchanges cannot begin open enrollment by October 1, it is unlikely that they can be fully functional by January 1. Any delay in opening the exchanges would further complicate the government’s ability to provide subsidies, and make enforcement of the individual mandate all but impossible.

Democratic Senator Max Baucus, the chairman of the Senate Finance Committee and an author of the Affordable Care Act, recently predicted that Obamacare’s implementation would be “a train wreck.” The administration’s latest action suggests that the wheels have already begun to come off the train.

This article appeared in Daily Caller on July 4, 2013.