Obesity Is Not a Disease 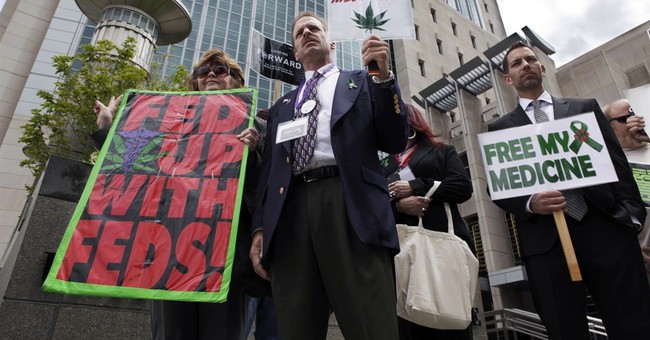 Trending
Recently the American Medical Association declared that it will consider obesity a disease. At first glance, it’s a minor story, hardly worth mentioning, but in reality the AMA’s move is a symptom of a disease that is seriously troubling our society: the abdication of personal responsibility and an invitation to government meddling.

No one denies that this country faces a massive (no pun intended) obesity problem. The United States has one of the highest obesity rates in the world, with more than a third of all Americans believed to be obese and another third considered overweight. Obesity leads to a host of both long- and short-term health problems and costs Americans more than $190 billion annually in higher medical costs, and possibly as much as $450 billion in indirect costs, such as lost productivity.

But while obesity is a real problem, the AMA’s move is actually a way for its members to receive more federal dollars, by getting obesity treatments covered under government health plans. A bipartisan group of congressmen has already seized on the AMA declaration as they push for Medicare coverage of diet drugs. Observers also expect an effort to expand Medicare reimbursement for bariatric surgery, a.k.a. stomach stapling. And there will almost certainly be pressure to mandate coverage for these things by private insurance carriers, under both state laws and the Affordable Care Act.

Medicare and some private insurers already cover bariatric surgery for people who have a body-mass index (BMI) of 35 or higher, making them morbidly obese, and who also have an obesity-related disease. Now there will be pressure to cover the procedure for those with much lower BMIs and those without related medical issues.

After the AMA decision, John Morton, treasurer of the American Society for Metabolic and Bariatric Surgery, was almost giddy, calling the AMA decision a “tipping point” and adding that “now coverage policy must catch up to that consensus.” Since a typical bariatric surgery costs as much as $40,000, that could be interpreted as a warning for all of us to get out our wallets. In the end, we will be paying more, through either taxes or higher premiums.

At the same time, the AMA decision shifts responsibility for weight loss from the individual to society at large, while expanded Medicare and insurance coverage socialize the cost of treating obesity, thereby inviting all manner of government mischief. After all, if being fat is not our fault, the blame must lie with food companies, advertising, or other things that need to be regulated. And if you and I have to pay for the food and exercise choices of others, we should have a say in those choices.

Already, Harold Goldstein, executive director of the California Center for Public Health Advocacy, has cited the AMA declaration to boost his group’s efforts to ban junk food and tax soft drinks. Certainly we can expect New York mayor Michael Bloomberg to cite the AMA resolution in support of his efforts to ban 16-ounce drinks and otherwise regulate our behavior. The nanny state can now claim medical backing.

No one wants to minimize the pain of those struggling with weight problems. But in the end, more government involvement is not the answer to those problems. Indeed, it could actually make weight loss more difficult because, as the AMA’s Council on Science and Public Health warned before it was overruled by the AMA’s full body, “‘medicalizing’ obesity could intensify patient and provider reliance on (presumably costly) pharmacological and surgical treatments to achieve a specific body weight” and could “detract from creative social solutions” to foster healthy behavior. As Elliot Berry, a nutrition expert at Hebrew University, notes, “There is no magic bullet — no medicine — for obesity. The way out of obesity is to eat less and better and to move your body.”

The attitudinal change around obesity is not an isolated question. Much of public policy these days seems designed to eliminate personal responsibility.

Take efforts to reduce poverty, for example. How much of poverty is due to poor lifestyle choices? We don’t want to blame the poor, nor should we forget that there are those, especially children, trapped in poverty by circumstances beyond their control. But we also know the keys to getting out of or staying out of poverty: (1) finish school; (2) do not get pregnant outside marriage; and (3) get a job, any job, and stick with it. Unfortunately, much of the welfare state we have constructed is perversely designed in ways that end up encouraging destructive behaviors.

At the same time, the welfare state relieves us of our personal responsibility for charity. We don’t have to help the poor ourselves, because the government will do it for us. As Robert Thompson of the University of Pennsylvania noted a century ago, using government money for charitable purposes is a “rough contrivance to lift from the social conscience a burden that should not be either lifted or lightened in any way.”

Another example: One of Obamacare’s key premises is that too many individuals, especially the young and healthy, choose not to buy insurance, hence the individual mandate. In order to protect the irresponsible from the consequences of their decisions — potentially catastrophic medical bills — all of us are now required to purchase a government-designed insurance plan.

Big government reduces all of us to the status of children. We have no responsibility for anything in our lives; therefore, government must take care of us. All we have to do, like children, is give up the freedom to make our own choices — good or bad.

This article appeared in National Review (Online) on July 3, 2013.