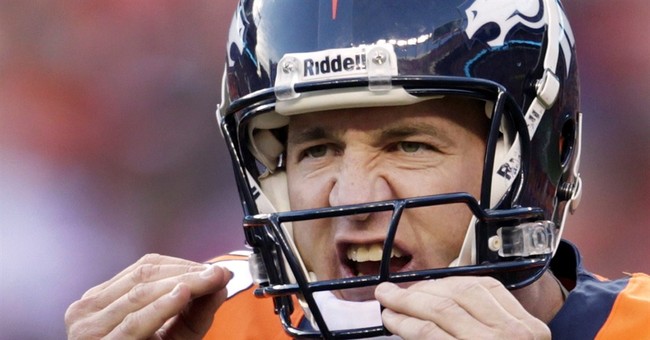 I told you I wasn’t watching the State of the Union. Reruns of Dexter were far more genuine. Besides, a quick read through the transcript (later today) will save me the frustration of listening to roughly 45 non-consecutive minutes of applause.

Which is why I thought it might be appropriate to give a real life example of good-old-American “taxation without representation” instead of anguishing over disingenuous political ramblings.

In case you haven’t heard, the Broncos will be playing the Seattle Seahawks in this year’s Super Bowl. (Seriously: Read a paper once in a while.) And despite the fact that a number of cities have been turned down for the yearly event because of fears over adverse weather, this year’s event will be taking place in New Jersey. Jersey, unlike the sunshine state of Florida, is apparently one of many states that feel justified (and not the least bit British) in taxing pro-football players for having the privilege of setting foot on New Jersey soil.

They call it the "jock tax," and New Jersey is not the only state that targets the multimillion-dollar paychecks of professional athletes. From California to New York, state tax authorities routinely take a percentage of the salary out of every visitor’s locker room.

So, let’s put this in perspective. After all, we’re talking about people that earn tens of millions of dollars to play a Sunday afternoon game. Get out your slide rule: This is where math class comes in handy.

New Jersey will take the total number of days a player (Say… Peyton Manning) stays in the state in 2014, and divide it by the number of “duty days” state officials consider appropriate (roughly 235). This is then used to calculate the percentage of Manning’s total yearly income that is eligible for New Jersey’s tax rate of roughly 9 percent.

According to an analysis done at Forbes, this tax means big bucks for the state of New Jersey. (And, consequently, a big tax bill for the Bronco’s star Quarter Back, Peyton Manning.) Forbes broke down the numbers for Denver’s QB:

Basically what this means is, that if the Broncos lose, Manning could pay as much as 101.83 percent of this weekend’s paycheck to the Garden State. But even if the Broncos win, he’ll still owe a tax of 51.08 percent. For the sake of liberty and property rights, maybe we should pull for the Broncos.

Now, I’m not crying about disenfranchised millionaire football players being forced to pay taxes… They can afford the bill. I am, however, bemoaning the fact that not a single one of these players seem to have any democratic voice in the process. Private property, earned through legal and sanctioned activities, is being taken from individuals without any delegation, representative, or even theoretical say in the matter. And what’s worse: The level of taxation is confiscatory.

And in addition to being confiscatory, the tax is selective in its effect. In fact, it is specifically aimed at athletes. Apparently, if a motivational speaker, a doctor, or anyone esle visits the state for a paid consultation, Jersey lawmakers don't care… But if Peyton Manning visits the state to toss around the pig skin, the state feels obliged to skim a little (or a lot) from his earnings.

I’m no apologist for millionaires, or jocks. But this trivial example does highlight the appetite states have for confiscating the private property of the affluent. As if the sales-tax , hotel-tax , and in-state-income-tax was not enough, New Jersey (along with the rest of the states that have decided to levy an extra tax on out-of-state “jocks”) has decided to cherry pick professions from which they intend to raise revenue. “Go ahead,” they say, “tax those guys… It’s not as if we have to treat everyone equal, or anything.”

Thank goodness we had that tea party in Boston Harbor. Now we can tax without representation, and confiscate the wealth of select individuals, without having King George tell us how to do it.