The NFL Goes all Bloomberg on Gun Owners 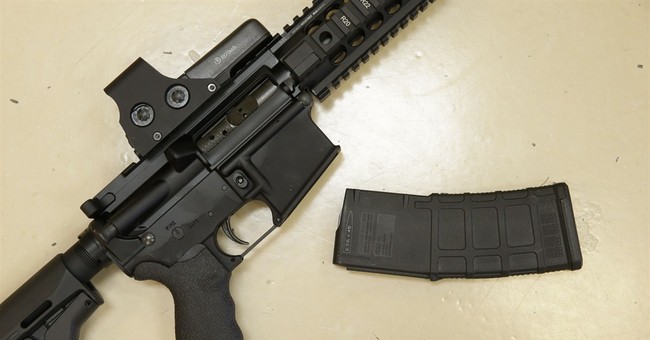 After having banned concealed carry in all of their stadiums, and even ordering women to give up their purse in favor of see-through plastic bags, (don’t ya feel safer now?) the NFL has accelerated its war on gun ownership and the Second Amendment by trampling on the First Amendment. The League has refused to air a commercial for Daniel Defense in the 2014 Super Bowl on grounds that the weapons manufacturer violates the NFL regulations for “prohibited advertising categories”. Their rejection, however, appears rooted in political activism, rather than strict adherence to long standing advertising rules.

The commercial spot in question (the video is posted at the end of this column) highlights the importance of family to a returning soldier. No mention is made of firearms, the Second Amendment, or gun ownership. And yet, like Mike Bloomberg on a sugar high, the NFL has decided to reject the ad because it implies support for responsible gun ownership. (I wonder if the League will target high-capacity sodas next?)

According to the NFL, the ad violates their rules for “prohibited categories”. (Apparently, however, violent movies, video games, and sexual innuendos for erectile dysfunction do not violate the league’s exceptionally high standards of moral decency.) In addition to “firearms, ammunition or other weapons”, categories subjected to prohibition include “distilled spirits and flavored malt beverages”, “tobacco”, and “contraceptives”. (Quick! Someone call Sandra Fluke!)

As Guns and Ammo reported, the firearms portion of the NFL commercial spot guidelines state that:

Wait a minute. . . Glossing over the fact that I distinctly remember seeing ads for distilled alcohol and flavored malt beverages, the guidelines seem inherently biased against any mention of firearms in any commercial ad. (Unless, apparently, they are mentioned or viewed in the commission of selling a movie, video game, or television show.) So… If you want to sell a “shoot ‘em up” video game: have at it. If you want to highlight your blue light special on hunting rifles and concealed carry pistols: please take your dollars somewhere else. Was Mike Bloomberg in charge of writing these rules?

The story, unfortunately, gets worse:

Although the Daniel Defense commercial spot highlighted no weaponry, and they have a brick-and-mortar store that sells items other than weapons, their advertisement did end with their logo: A DDM4 rifle. Feeling that the NFL would be mildly interested in taking their piles of cash, Daniel Defense offered to replace their logo with a picture of the American Flag.

No dice. (Well… Maybe the league felt that the American flag was too controversial?) The NFL still rejected the ad for violating their advertising standards. I guess that tells you something about the league’s “standards.” Their decision to reject the ad appears to have little to do with standards of decency or morality; it seems instead to be an activist approach at keeping a pro-gun message from reaching the masses. While the NFL has every right to set the standards by which advertisers must abide, their routine disregard for the gun owning public is both troubling and disappointing.

Now, watch the Daniel Defense proposed commercial, and determine for yourself if it violates any standards of decency: