Don’t Believe the Dems and the Media: The GOP “Civil War” is Nothing New 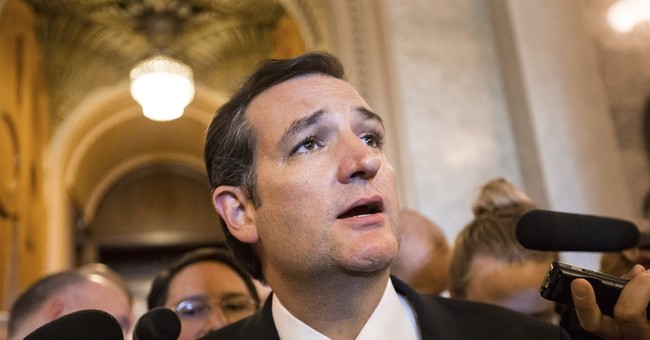 While on Fox News Sunday, commentator George Will uttered an underappreciated truth about the internal politics of the GOP. More specifically, he pointed out that the rift between conservative and liberal factions of the Republican Party is nothing to worry about. . . Unless you are a Democrat.

More truthful words are rarely uttered on national television. In their typical, hyper-inflammatory nature, Democrats simultaneously demonize the Republican Party as being “at war with itself”, and of being monolithically radical. C’mon Dems. . . Most of you are products of public universities: Weren’t you ever taught the definition of “oxymoron”?

Truth be told, Republicans have long been the “Big Tent” party. There is more intellectual diversity in the GOP than on most public Universities, Labor Union leadership panels, or environmental think tanks. For as much as I despise the liberal progressive bent of some GOP members, they do serve as a counterpoint in the conversation over the appropriate role of government. Within the current GOP is the debate that, at one time, consumed members of both parties. On one side there are limited government conservatives, opposed by bigger government technocrats.

Between the wing of Olympia Snowe, and the wing of Rand Paul, the Republican Party is having the exact conversation that should be occurring on a national level between the GOP and Democrats: The choice between efficient government (arguably another oxymoron), and less government. The problem is that Democrats have largely abandoned this discussion in favor of more government. . . As if efficiency, effectiveness, and purpose (not to mention Constitutional limitations) have no place in the conversation.

And while I certainly do not relish the thought of more Chris Christies in the GOP, the truth is they are welcome (as are more Marco Rubios) because they serve as a more amicable alternative to the increasingly government-obsessed Democrat Party. Even Mitt Romney wouldn’t have allowed the monstrosity-that-is-Obamacare to roll out with such potential for financial, technological, and implemental troubles. (And, let’s face it: The Governor that brought Romneycare into existence isn’t exactly a radical right-wing Republican.)

The Democrats, by contrast, can’t quite wrap their mind around having a public inter-party conversation on the direction of the Nation. To the extent that disagreements exist within the Democrat Party (and they certainly do – just look at the issue of gun control, or abortion) they are largely kept quiet by party leadership and the left-leaning media. When a John McCain, or Olympia Snow, vote with Democrats it is headline news, and described as the art of bi-partisanship. When moderate Democrats side with Republicans, on the other hand, it is referred to as “party abandonment” and can only be found on the back pages of the Wall Street Journal.

Such disdain for inter-party discourse, however, is understandable. After all, there is a self-defeating aspect to being the “Big Tent” Party and welcoming debate within its ranks. . . The Cruz’s and the McCain’s will always be “at war” with one another. The greatest intellectual asset of the Republican Party is also its greatest handicap when going up against an opposition party that is portrayed as being unified and focused on narrow narratives.

Such intellectual diversity, by its very nature, impresses upon its members a sense of intellectual honesty. Where the Democrats are careful to control their message, and ideological narrative, Republicans are having an open conversation about the merit of their ideas and the purpose of government. Even if that conversation occurs within their own rank and file, it is a dialogue that otherwise would be absent in today’s political theater.

The internal debate within the Republican Party is also nothing new, unprecedented, or dangerous. In fact, such disagreements between fairly progressive, and fairly conservative, members of the Party has been ongoing since the early years of the 20th century. As Barry Goldwater (who was at odds with the Rockefeller Republicans) once said, “When asked if I belonged to an organized political party, I had to say no. . . After all: I belong to the Republican party.”