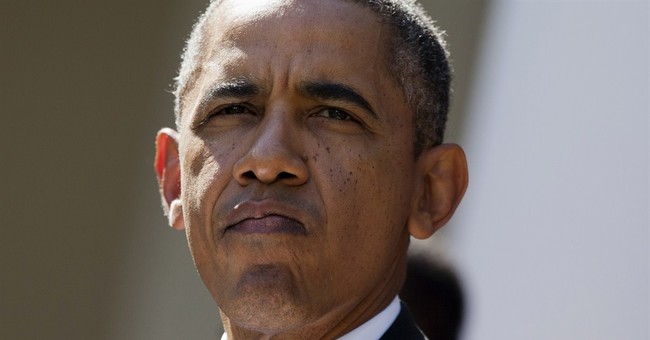 And so now, he has played his highest trump card.

In predictable Democrat (read: “ruling class”) fashion, the President has threatened that a failure to reach an agreement on the Debt Ceiling would result in senior citizens being without their coveted social security checks. Of course this raises a big question: Why do we need to borrow money if Social Security is solvent?

The President’s comments, underlying the danger of not authorizing an increase in government debt, highlights the structural concerns within the government’s current fiscal policy. During a campaign style speech (does he give any other kind?) the President said "In a government shutdown, Social Security checks still go out on time, [ but] if we don't raise the debt ceiling, they don't go out on time."

There are so many aspects to this story, it almost induces a sense of intellectual drowning to any economist worth his weight in salt. The notion that the President feels he can garner support for his cause by bribing the American people with inter-generational wealth distribution is quite appalling. . . Even if it is expected. But, if it works, it is a sad narrative on the current state of the American voter.

Furthermore, it should be a self-defeating argument. Democrats have insisted, for decades, that Social Security is a solvent trust fund. According to the Democrats who refuse to acknowledge the need for substantial reforms, the trust fund allows the elderly and disadvantaged access to financial security. In response to arguments that the program is bankrupt, lawmakers like Harry Reid, Nancy Pelosi, and President Barack Obama, insist the trust fund is full of actual monies that are dedicated to funding the entitlement obligations outlined in the program.

So. . . Why would the debt limit impact a solvent, and funded, program?

The truth is, the Social Security trust fund is a pile of IOUs. And, as the President insinuated in his comments, it will be incapable of paying its obligations without further government borrowing from outside interests.

A trust fund, after all, cannot be solvent and in need of credit.

The President’s argument, that social security checks will stop being cut in the event that the Federal government is incapable of borrowing more funds, should be a warning sign to all citizens that our most basic entitlement programs are in dire straits. (Of course, it’s not as if we’re wasting money on keeping Andrew’s Air Force Golf Course open, or anything. Right?)

The political stunt (to quite literally scare the old people) may or may not work, as the President looks to pressure Republicans into a more amicable position. However, the slightest bit of investigative initiative on the part of the media should raise the question: How is Social Security so dependent on borrowed funds? And just as importantly: What does that mean for the future of America’s most depended-upon entitlement program?

Wouldn’t it seem mildly irresponsible to borrow money for individual retirement costs? Why then would it be appropriate for Government to do the same?

The President’s “politics of pain” strategy will, over time, wear on moderate congressional Republicans. The biggest question is whether or not fiscal conservatives in Washington DC will capitalize on the Administration’s transparently-pandering political motivations. Maybe we should migrate the funds for congressional pay into the Social Security Trust fund in the event of a government default?