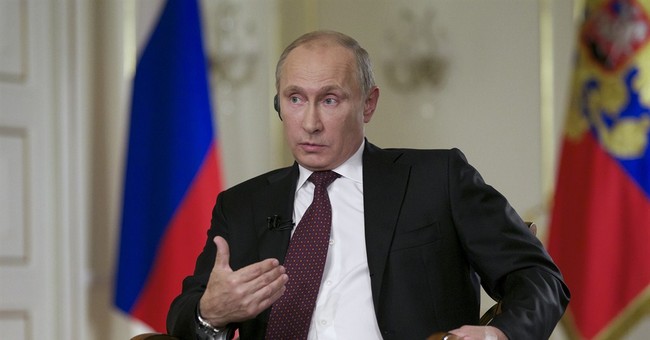 “This is not a game,” Secretary of State John Kerry clarified while discussing the ongoing diplomacy over Syria’s chemical weapon stockpile. Of course, most of us knew that was the case by the way the Administration has behaved over the course of the last few weeks. When playing a “game”, one generally arms themselves with a game plan of sorts; and a vague idea of what constitutes “victory.” To date, the administration has failed to demonstrate possession of either one of those qualities – thus proving the Syria debacle is far from being a “game.”

From President Barack Obama’s first utterance of a “red line”, to Kerry’s insistence that Assad would never turn over his chemical weapons, to Obama’s embrace of Putin’s suggestion that Assad hand over his weapons, this Administration has displayed a profound incompetency. Even ultra-liberal lap dogs of the Barry Obama Administration can’t help but recoil in disgust at the Nobel Laureate’s uncanny aversion to anything resembling leadership.

The administration’s incompetency, however, is nothing new – or exclusive to Middle East “lead-from-behind” policy. Only the media’s sudden recognition of Obama’s diplomatic impotence seems to be new to the scene. . . And quite late.

The President’s inaction, shortsightedness, and dithering on Syria is reminiscent of his community organizing style of governance. Do you remember the tenuous weeks leading to Obamacare’s final passage? The President toured the nation campaigning for support of a plan that he was incapable of articulating. Details had been written by staffers, lobbyists, and were unknown even to the sheep-like members of congress who ultimately voted “yea.”

The signature quality of Obama’s renovation to our Executive branch has been his ability to delegate authority to special interests and favored bureaucrats. Our President of Platitudes avoids facts and details like the plague, because their nuances escape his limited focus outside of NBA brackets and golf-centric vacations.

But don’t take my word for it. When asked about Fast and Furious, the White House Spokespuppet explained that the Administration was unfamiliar with details of the operation. He blamed Congress for a sequestration that was originally floated by his administration. When asked about the IRS scandals, we were told that Obama’s relationship with the IRS office was casual and “rare.”

Somehow the American people were expected to believe that our Commander in Chief was so ill-advised of the events in Benghazi that Susan Rice was trotted out with a story about spontaneous demonstrators. Facts quickly indicated the narrative was concocted for political reasons – but that didn’t stop the Administration from trying to blame everyone from the CIA to the White House Press Corps for the “mis-understanding.”

Even the NSA allegations have attracted little more than arrogant dismissals and eye-rolling buck-passing. For being the “most powerful man in the world”, our Campaigner in Chief seems wildly uninformed of the events that he sets in motion. . . And wildly unprepared for them. It almost seems as if this Administration hears about current events at their own press conferences.

His ignorance - and spectator persona – are feigned. At the root of his compulsion to “pass the buck” is his inability to claim the mantle of leadership. The sad fact of the matter is that our Campaigner in Chief enjoys being a leader, but abhors having to lead. It seems that for the last five years the President has been campaigning off of capital raised by his rhetoric. Finally, with Syria, that capital has run out.

President Barack Obama’s fumbling of Syria is nothing more than his routine community organizing style of deflection, avoidance and grandstanding. This time, however, his inability to lead was grotesquely apparent to the world and the American people.  The Administration’s inability to form an end-game (or for that matter even a contingency plan for Syria’s eventual defiance) is nothing other than expected from a White House that “led-from-behind” since Day One.

Unfortunately it took a former KGB agent and Iranian sympathizer to show the American press that their beloved emperor has no clothes.