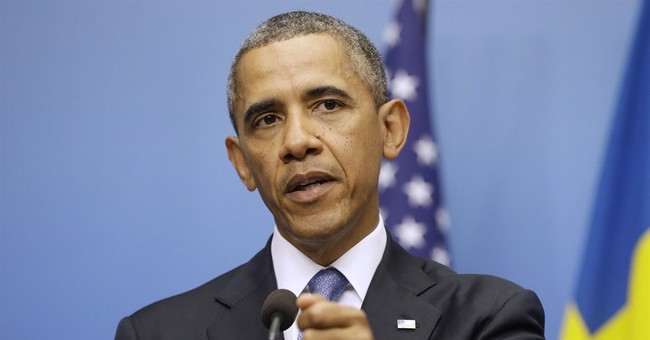 Earlier this week McClatchy News service had a headline that simply stated there were “Many in [the] Middle East struggling to understand Obama’s Syria policy.” Yep. . . It turns out America and the Middle East finally have some common ground. The President’s childish attempt to behave like a grown-up-President is bound to perpetuate violence, achieve little (or nothing) in regards to Foreign Security, and send all the wrong messages to the thugs, supremacists and terrorist organizations that would like to do America and her allies harm.

While America is preparing to conduct limited strikes in Syria (with no intention of toppling the current regime, building a friendly government, or alleviating the ongoing threat to Israel) Libya is falling into chaos, Afghanistan is being taken over by the Taliban, Egypt struggles with their second coup in as many years, increased terrorist bombings in Iraq threaten to plunge the region into further chaos, and the country that housed Osama Bin Laden’s retirement home (Pakistan) seems to breeding more terrorist sympathizers than Obama’s drones can strike down.

Before some bipartisan committee that can’t say no to humanitarian military intervention, Kerry and Obama insisted we come to the aid of Al Qaida sponsored rebel forces. Without UN approval, without the cooperation of the 40 countries that joined America’s invasion of Iraq, and without a much criticized Collin Powell power-point presentation, the Administration called for Military action. And the Middle East – like most of Europe – seems to have some confusion about a nuanced and schizophrenic history of American intervention in the region. After all, the President’s history on Middle East Policy is more perplexing than John Kerry being for Bush’s Iraq War before he was against it.

After Obama’s administration sent arms, money and technical support to the Al Qaida thugs that overthrew the thug leader of Libya, the American people were fed a series of lies about the circumstances that led to a bunch more thugs killing an American diplomat. And while Hillary Clinton insists that it makes no difference how Ambassador Stevens died, it should be noted that he certainly did not die for any greater purpose. Libya today is a land of lawlessness, chaos, and violence. Oil production, and economic recovery, has virtually stopped as the “new and improved” Libyan government struggles to keep uprisings to a minimum among tribal militia groups.

And you remember that surge Obama conducted in Afghanistan? McCain was a great supporter. . . How did that work out? Well, more Americans have died under Obama’s stewardship of Afghanistan than his “cowboy” predecessor.

Now, as we withdraw US troops in a manner that has been interpreted by terrorist organizations as a “tactical retreat”, violence is once again on the rise throughout Afghanistan. Even the notoriously liberal New York Times has reported on the uptick in bombings and violence. While US troops are expected to be reduced to 34,000 by 2014, the Taliban is slowly recovering the ground that is more-or-less abandoned by the American Military. It may give the leftists in the White House a warm fuzzy feeling to think about the Taliban having a legitimate conversation with Afghan leaders, but it is a cold comfort to the women who will once again be barred from voting, and the children who will be prohibited from attending any formalized education.

And let’s not forget Egypt: A country that made our military presence in Iraq and Afghanistan possible. And when some Islamic Supremacists clamored for a revolution, our President praised them. As the secularist government of Mubarak was replaced with a dictatorially minded Muslim Brotherhood, some in Egypt felt a second revolution was in order. But upon the fall of Mohammed Morsi - a regime that persecuted Christians and Jews in an institutional fashion after Mubarak was ousted – the US Commander in Chief lamented the involvement of Egypt’s Military. The President even continues to demand a “place at the table” for the same group that has beheaded Christians, burned churches, and raped reporters. . . Egypt’s Military, for what it’s worth, has moved to outlaw the Islamic Supremacist group from future political engagement.

Osama Bin Laden’s Death? Well, he was killed in his home. . . In Pakistan. . . Literally yards from a Pakistani military compound. . . And Pakistan was upset we conducted the raid without their express permission. Do we need to continue?

The President’s Middle East Policy has been a series of backing the wrong sides, leading from behind, and tough bark-with-no-bite. After all, where was the President’s ardent support of revolution when secularist demonstrators were being oppressed in Iran? With Drone like precision, our Community Organizer in Chief has managed to avoid any substantial, or positive, move to increase security for America or her interests.

So, yes. . . The Middle East is awfully confused about the Obama Administration’s ego-driven-goalless-action action in Syria.

And so are the rest of us.