Michael Reagan
|
Posted: Oct 17, 2020 12:01 AM
Share   Tweet
The opinions expressed by columnists are their own and do not necessarily represent the views of Townhall.com. 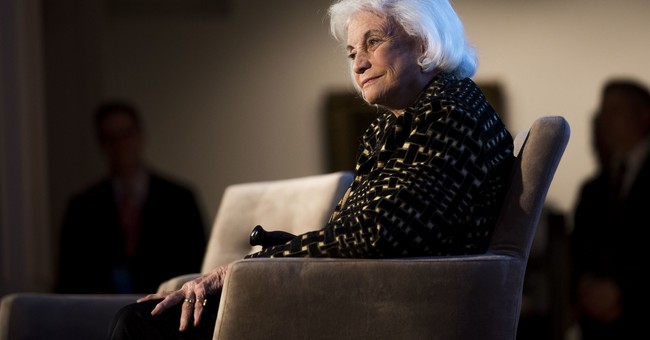 Watching the Senate confirmation hearing of Amy Coney Barrett reminded me of the promise my father made to my sister Maureen to put the first woman on the U.S. Supreme Court.

It's a great piece of POTUS-SCOTUS history I haven't told in many years.

Democrats and the media said a lot of nice things this week about the late Justice Ruth Bader Ginsburg, the liberal icon who in 1993 became the second woman appointed to the Supreme Court.

But I don't remember hearing anyone - unfortunately, including the Republican senators - pay homage to Justice Sandra Day O'Connor, the first woman on the U.S. Supreme Court, or to my father Ronald Reagan, who put her there in 1981.

My father made his promise to my sister Maureen during the Republican primaries of 1980, when she was simultaneously campaigning for his campaign and the Equal Rights Amendment.

My father's campaign team thought it was not a good idea for Maureen to be a public advocate for the ERA, since the Republican Party was against it at the time.

In fact, they were so concerned that my father might lose Republican votes in the primaries and not get the presidential nomination that the advisors called Maureen into campaign headquarters.

Lyn Nofziger, Mike Deaver, my father and several others in the office discussed with Maureen how they could get her off the campaign trail.

When they were done talking, Maureen looked at the staffers and said:

"If you can get your candidate to promise me that if elected the first person he will nominate to the Supreme Court will be a woman, I will stop campaigning for the ERA today."

Their candidate - our father - said, "Deal" and reached out his hand. He and my sister shook on it.

Later in the summer of 1980 at the Republican National Convention in Detroit, when Maureen and her friends showed up wearing big "ERA" pins, the campaign staff thought that she had gone back on her promise and they were upset.

But if you looked closely at that "ERA" button, its fine print said, "Elect Reagan Anyway."

During the campaign against Jimmy Carter my father said if he was elected he'd put a woman on the Supreme Court, and less than a year later he kept his promise to his daughter and the voters and chose Justice O'Connor.

So when people look back and thank the people who put the first woman on the Supreme Court, you can look to Ronald Reagan, but you also have to look to Maureen Reagan.

Maureen was tough as nails and she was brave. Can you imagine anyone doing what she did today?

Ronald Reagan with three staffers on either side, and they're all telling her she has to get off the trail because it'll hurt the campaign - and she has the courage to say, "OK, I understand. But here's my deal...."

Only seven people knew that story. All of them but me are gone.

My sister, who died of cancer on Aug. 8, 2001 at age 60, shared what happened at that meeting with me on the day it happened. We talked a lot during my father's campaigns and through the 1990s.

Maureen stood up to everyone, even her stepmother Nancy Reagan, and she had more courage than anyone in the Republican Party.

She used to say things like, "The difference between Republicans and Democrats is that it'd take the Republicans a week longer to become communists."

She'd be right at home in the current political madness.

And she'd have a right to be proud that she did something in 1980 that helped make it possible that someday we'd get a Supreme Court Justice with the brains and class of Amy Coney Barrett.

Oh, how I wish my sister Maureen were alive today.