"Black Lives Matter" - Except in Tinseltown

Michael Reagan
|
Posted: Jan 21, 2016 10:26 AM
Share   Tweet
The opinions expressed by columnists are their own and do not necessarily represent the views of Townhall.com. 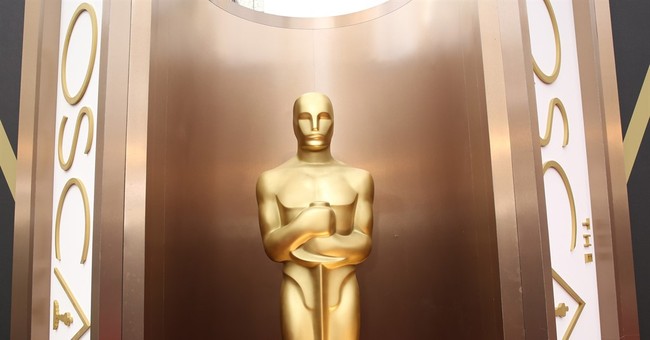 The Hollywood liberals who give Academy Awards to their friends got called out for their lack of diversity this week.

It seems this year the Academy of Motion Pictures Arts and Sciences couldn't find a single actor of color worthy of an Oscar nomination for a lead or supporting role.

Spike Lee said because black actors were snubbed again he was boycotting the Academy Awards gala next month.

He's been supported by Jada Pinkett Smith, who is understandably miffed that her husband Will wasn't honored for his role in "Concussion."

And Snoop Dog, leftie documentary-maker Michael Moore and a few others who don't care if they ever eat lunch in Beverly Hills again are joining the boycott of the White Actors Matter Awards.

Being accused of insufficient diversity by black artists couldn't have happened to a rottener bunch of liberal hypocrites.

Hollywood is the most liberal town on the planet. The left controls it and tries to make every anti-American, anti-conservative, anti-business movie it can.

Black actors love Hollywood - or they did until they started to notice that its creative community shows its true colors when it comes time to hand out best-actor awards.

Since Sidney Poitier won in 1963 for "Lilies of the Field," only Denzel Washington, Jamie Foxx and Forest Whitaker have won for best actor.

Halle Berry's Oscar in 2001 for "Monster's Ball" remains the first and only time a black won for best actress.

Maybe Spike Lee and his celebrity allies have finally learned how liberals work.

Maybe they've figured out what millions of ordinary blacks around the country need to start figuring out about the Democrat Party.

The liberal left in Washington pretends to support blacks, but they only use them to get reelected or maintain power. The rest of the time they take them for granted.

Hollywood liberals do the same thing. They usually use black actors to prove how liberal they are.

It proved how liberal Hollywood was, plus it showed how rotten and racist America was.

"The Butler" delivered the same message. Then, for good measure, it unfairly made my father out to be a racist. It was so awful it was snubbed by the Academy.

Some say blacks are shortchanged at Oscar time because the voting Academy is not as diverse as the acting academy. An L.A. Times story reported that Academy members are 94 percent white, 77 percent male and 2 percent black.

That's pathetic, and it's good that the Academy has been shamed by this year's all-white nominations into promising to fix that imbalance.

But Spike Lee says it's not the Academy that's the problem. It's the whole film industry.

He says there aren't enough good movies about blacks or for black actors because there aren't any black executives at the studios who can make the decision to green light them.

To fix that injustice, Lee has basically called for an affirmative-action plan for the movie business. He wants someone to force Hollywood to meet a quota of minority films.

It's a lousy idea that will never happen, but maybe it should.

A quota wouldn't produce more Oscars for black actors. But it'd be a lot of fun to see how Hollywood liberals like being forced to abide by one of the bad laws they think everyone else in America should be forced to follow.