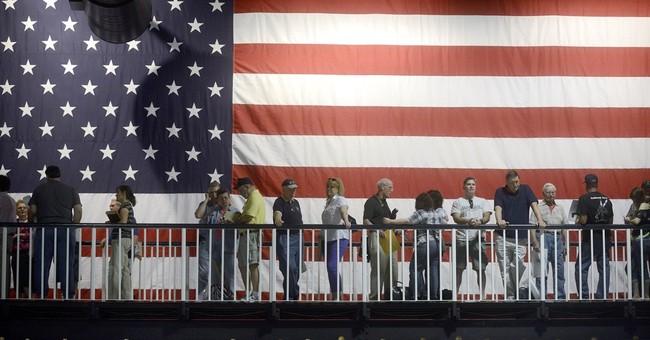 History is one of our greatest teachers.

It's just too bad so many of our young people think history started with the death of Princess Di or the birth of the iPhone.

I was painfully reminded of America’s historical illiteracy and the failure of our educational system last week while golfing with a few strangers in Burbank, Calif.

One of the young men in my foursome was about 30 and ran a restaurant in Los Angeles.

When I told him in passing that I was going to be flying to Normandy, France, the next morning to raise a flag at an American cemetery there, his awful education betrayed him.

“Why would there be an American cemetery at Normandy?” he asked.

I thought he was kidding me, but he wasn’t.

“Did you ever see ‘The Longest Day’?”

“Do you remember the Second World War?”

“Do you know anything about D-Day?”

I was shocked – and blunt.

“You don’t know why there’d be an American cemetery at Normandy? You’re proof the education system of this country sucks.”

After my golf outing, I flew to Normandy for the weekend. I had the honor of raising the flag over the American cemetery at Normandy on Sunday and visiting the small town of Sainte-Mere-Eglise, which became the first French town liberated from the Germans in World War II.

(For those who know their World War II history only from the movies, the airdrop at Sainte-Mere-Eglise is shown in “The Longest Day” and features Red Buttons as paratrooper John Steele, who played dead after his parachute got hung up on the church steeple.)

It was great to visit little Sainte-Mere-Eglise and its 1,600 people. I met some of the few remaining 90-something soldiers who fought at Normandy and I talked to elderly French people who remember when hundreds of brave young Americans dropped from the sky to liberate their town.

But I was disappointed to learn that our government seems to have forgotten about marking the anniversary of D-Day.

In fact, the Obama administration is doing so little this year that the French government is pulling out of the annual event and the American honor guard is being forced to pay its own airfare to Normandy.

As for the 2014 anniversary, the last major 10-year celebration that will include surviving veterans of D-Day, it also is being neglected by the Obama administration.

I’m sure President Obama will eventually find time between his never-ending campaigning and his serial golf outings to choose someone to oversee the 2014 D-Day anniversary events in Normandy.

But it was embarrassing for me to go the Airborne Museum in Sainte-Mere-Eglise and be asked why “my government” doesn’t care about the D-Day anniversaries.

The people of Sainte-Mere-Eglise love Americans because America saved them. They will never forget D-Day. They still have a dummy of an American paratrooper hanging from their church steeple.

What happened at D-Day wasn’t just a movie. It was history.