CBO: Killing Babies Will Save the Government Money 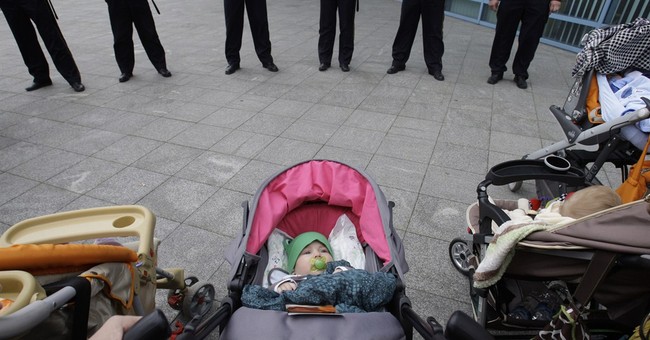 “Priceless” is the value most moms and dads would put on their newborn child. A newborn represents the delicate and fragile nature of life itself. Many would call their newborn baby a “miracle.”

But the current administration in Washington, D.C. does not seem to agree with the “priceless” evaluation—at least it does not act like it agrees.

If there is a way to support the abortion industry with taxpayer dollars, President Obama and the rest of our government finds and implements it.

Now, even the “non-partisan” Congressional Budget Office has joined this pro-abortion cabal by placing a value on the lives of unborn children. CBO recently reported that, if passed by Congress, the Pain-Capable Unborn Child Protection Act would cost the government $225 million over the next 10 years by allowing children to be born instead of aborted.

The CBO says killing children will save the government money in healthcare costs and expenditures in welfare and other social programs. Well, by all means then, let’s kill some children, shall we?

The Orwellian implications of the CBO’s report are terrifying. It first assumes each and every child born as a result of the Pain-Capable Unborn Child Protection Act will be a failure and thus a burden on society. One can hear a potential Planned Parenthood rallying cry – “an abortion in time saves the government a dime.” What’s next? Abortion tax credits? Not much of a stretch in light of the Obama administration’s insistence that people of faith provide abortion-inducing drugs as part of their health insurance plans.

The irony of it all is that those who would sacrifice our children on the altar of “balancing the budget” care not one whit about burdening future generations with mountains of debt. While President Obama’s trillion-dollar deficits stretch as far into the future as the mind can conceive, his administration is giving Planned Parenthood more than $500 million a year. That’s a half-a-billion dollars that could be spent to save life instead of taking it.

Who today holds to the biblical command “Thou shalt not steal”? Not our government. It is gone, just like the 55 million pre-born children who have been snuffed out in America since 1973.

Human beings—and an unborn baby is a human being from the moment of conception—are not simply neutral statistics on a spreadsheet. If they were, then CBO would base part of the cost of funding Meals on Wheels, food stamps, and other social programs on the longevity of the people served.

All thinking Americans should be offended by the CBO’s utilitarian estimates. These numbers turn human beings who are valuable in and of themselves into objects which can (should?) be discarded if found too expensive.

We are right to have the same righteous indignation over the abortion of our unborn children that our Founding Fathers had in their battle against government oppression and tyranny. Innocent unborn children, the most vulnerable among us, cannot be measured by a “price tag.” Every innocent life deserves to be protected.