Michael New
|
Posted: Jan 10, 2021 12:01 AM
Share   Tweet
The opinions expressed by columnists are their own and do not necessarily represent the views of Townhall.com. 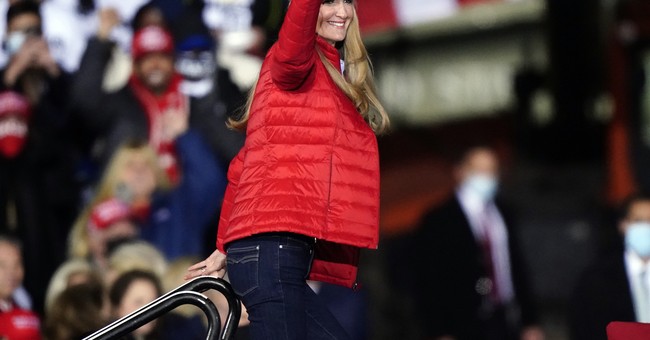 During the next few weeks, conservative pundits and analysts will pore over the results of Tuesday’s runoff election in Georgia. Much will be written about why Republican U.S. Senate candidates David Perdue and Kelly Loeffler were defeated by their Democratic opponents Jon Ossoff and Raphael Warnock. Some have already noted that turnout in some regions carried by Donald Trump during the 2020 Presidential election lagged behind the rest of the state. There is some truth to this. However, it should also be noted, that turnout in both Republican and Democratic districts alike was very high and significantly exceeded historical norms.

An even better example comes from Georgia. Georgia is the only state that mandates runoffs for U.S. Senate seats when no candidate receives a majority of votes in the general election. One fairly recent U.S. Senate runoff election in the Peach State took place in 1992. That year, incumbent Democratic U.S. Senator Wyche Fowler won a plurality, but not a majority, of votes in the general election. The runoff election, which took place later that November, pitted Fowler against Republican Paul Coverdell, a former Georgia State Senator and Director of the Peace Corps under President George H.W. Bush.

Republicans invested heavily in this election. Even though Democrats had already won enough Senate seats to give them majority control of the U.S. Senate, a Coverdell victory would give moderate and conservative Democrats greater leverage in their negotiations with President Clinton. That said, there were some obstacles to organizing a center-right coalition to support Paul Coverdell. Some social conservatives had misgivings about supporting Coverdell since he supported legal abortion. Additionally, the Libertarian Party’s U.S. Senate nominee received about 3 percent of the vote in the general election – a significant percentage for a 3rd party candidate.

However, Coverdell’s assurances that he would oppose both taxpayer funding for abortion and gays in the military won him the support of many social conservatives. Additionally, Coverdell’s campaign was assisted by an endorsement from Jim Hudson, the Libertarian Party’s U.S. Senate nominee. In the end, a center-right coalition prevailed and Coverdell narrowly won the runoff by 50.65% to 49.35% margin. This made Coverdell the second Republican to represent Georgia in the U.S. Senate since Reconstruction. Coverdell went on to represent Georgia in the U.S. Senate until he passed away from a brain hemorrhage in 2000.

An important point to remember is that the turnout efforts organized by Republicans, conservatives, and pro-lifers in Georgia were successful. In fact, multiple conservative groups mobilized hundreds of volunteers to go to Georgia and assist with get-out-the-vote efforts. Students for Life of America (SFLA) reports that they knocked on over 70,000 doors for one-on-one conversations with voters and reached hundreds of thousands of other voters through text messages and phone calls. Similarly, Susan B. Anthony List’s Partner Women Speak Out PAC stated that they had made 800,000 in-person visits to Georgia voters. (Disclaimer: I am an Associate Scholar at the Charlotte Lozier Institute, the research and education arm of the Susan B. Anthony List).

Overall, the conservative groups that assisted with the Senate campaigns of David Perdue and Kelly Loeffler should be commended for their efforts. On Tuesday, the turnout for both Republican U.S. Senate candidates was very high and significantly exceeded historical norms. Unfortunately, Democrats and liberal groups were also very successful in turning out their voters for Jon Ossoff and Raphael Warnock.

Michael J. New is a Visiting Assistant Professor at the Busch School of Business at The Catholic University of America and an Associate Scholar at the Charlotte Lozier Institute. Follow him on Twitter @Michael_J_New