The Worst Poll Ever on the Roe v. Wade Decision

Michael New
|
Posted: Aug 14, 2018 12:01 AM
Share   Tweet
The opinions expressed by columnists are their own and do not necessarily represent the views of Townhall.com. 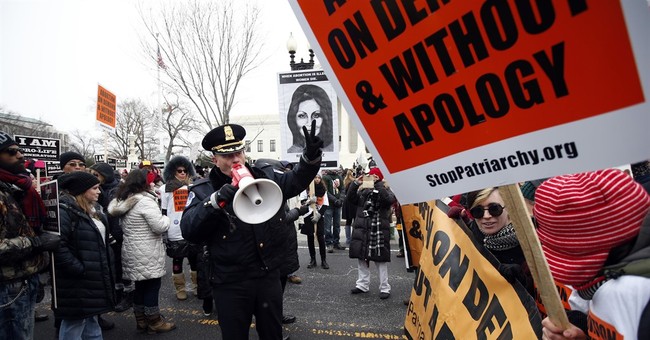 Since President Trump’s nomination of Brett Kavanaugh to the U.S. Supreme Court, there has been a flurry of public opinion surveys on the U.S. Supreme Court’s 1973 Roe v. Wade decision.  While all of these polls purportedly show strong public support for Roe v. Wade, nearly all of them are flawed in at least one of two ways. The first common flaw is that many polls fail to fully explain the policy implications of the Roe v. Wade decision.Indeed, Roe v. Wade went well beyond legalizing abortion in the first trimester -- instead Roe effectively legalized abortion on demand and made it difficult to limit late-term abortions. The second flaw is that many survey questions fail to explain the full implications of reversing Roe v. Wade.  A reversal of Roe would not ban abortion but would instead return abortion policy to the states.

However, last month The Wall Street Journal and NBC News commissioned a poll that managed to combine both of these flaws.  The survey question began by stating that Roe v. Wade established a right to an abortion, “at least in the first three months of pregnancy.” It then asked respondents if they would like to see the Supreme Court “completely overturn” Roe v. Wade.  As such, many respondents likely concluded that Roe v. Wade only legalized abortion in the first trimester and a reversal of Roe would ban first-trimester abortions.

Furthermore, The Wall Street Journal/NBC News poll was the only recent poll that specifically asked respondents if they would like to see Roe v. Wade “overturned.”  Negative words like “overturn,” “reverse,” and “ban” all tend to poll poorly. It should come as no surprise, therefore, that this poll purportedly found that 71 percent of respondents support the Roe v. Wade decision --  the highest level of support for Roe among any of the recent public opinion surveys.

Naturally, the subsequent media coverage of this poll uncritically touted the high levels of support for Roe v. Wade – and failed to consider other dimensions of public attitudes toward abortion.  Indeed, certain aspects of Roe v. Wade are very unpopular with the American public.  A body of research shows many incremental pro-life laws – such as limits on mid- and late-term abortions -- enjoy widespread support.

The most sophisticated abortion polls have shown most Americans oppose most abortions for the reasons they’re actually done – finances, relationship problems, timing of pregnancy – and they prefer adoption and other alternatives. Finally, there is also research which shows that swing state voters would rather have abortion policy decided by their own elected officials, instead of by the U.S. Supreme Court. Detailed polling data usefully inform public policy debates.  Unfortunately, much of the recent polling on Roe v. Wade, especially the latest NBC News/The Wall Street Journal poll, has generated more confusion than insight.