Michael Medved  |  Nov 24, 2010
The opinions expressed by columnists are their own and do not necessarily represent the views of Townhall.com.
Top Columns
Trending on Townhall Media 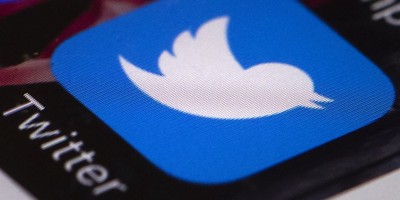 Have indignant Tea Party activists gone to battle with the newly-empowered GOP leaders in Congress over Republican refusal to drop divisive social issues from the conservative agenda? Will the powerful coalition that swept to victory in recent elections lose its fierce focus on stopping deficit spending and the relentless growth of government and begin shattering over culture war questions like gay rights and abortion?

Pundits and reporters in the mainstream media, always eager to magnify evidence of right-wing disunity, have seized upon a mid-November letter from two-dozen mostly obscure organizers to suggest that resurgent conservatives will flounder unless they turn away from the polarizing “values” debates. For three reasons, however, breathless accounts of this looming split have exaggerated its real significance and distorted its essential meaning.

First, the names attached to the “Open letter to Mitch McConnell and John Boehner” hardly represent a sweeping cross section of Tea Party leadership or membership. While a few local coordinators from groups like the Tea Party Patriots signed the document in question, the driving force behind its composition came from the gay conservative organization GOProud and its chair Christopher Barron. There’s no question that a “truce on social issues” (in the case of Indiana Governor Mitch Daniels) allowed some gay rights advocates to make common cause with the Tea Party’s determined opposition to big government, but all polling showed that the vast majority of GOP voters remained deeply concerned about cultural disputes including abortion, gay marriage, immigration, multiculturalism and especially gun rights.

Second, it’s Democrats, not Republicans, who want to do battle over social issues in the upcoming Lame Duck session of Congress before Nancy Pelosi loses her liberal majority. Conservatives remain intensely determined to address the current budgetary crisis, and to prevent the scheduled 2011 tax hike from crippling the potential recovery. Democrats, meanwhile, seek to change the subject – hoping to stage a major fight over the military’s “Don’t Ask, Don’t Tell” policy and the stalled DREAM Act to confer legal status on illegal immigrants who serve in the military or attend college. Republican reluctance to quickly capitulate to these liberal priorities hardly constitutes a new drive to refight the culture war.

Third, the dividing line between economic and social issues remains far less crisp and definitive than generally assumed. Take for example the Democratic determination to provide widespread coverage for abortion as a key component of Obamacare. Social conservatives fought this provision as a matter of pro-life principle while economic conservatives opposed it as an expensive new entitlement –providing government funding for an elective procedure that remains, at best, deeply controversial. Or consider current efforts by leading conservatives to trim federal funding to National Public Radio and the Corporation for Public Broadcasting. “Culture Warriors” dislike these programs because they support a politically correct, shamelessly leftist perspective, while fiscal conservatives despise them because they offer a prime example of bureaucratic bloat—a federal intrusion into an area (television and radio broadcasting) where the private sector does a mostly adequate job and even manages to turn a profit.

Most of today’s major economic issues in fact feature some significant social component, and nearly all socio-cultural disputes involve an economic dimension influencing the spending crisis and the overall growth of government. When it comes to current battles over the meaning of gay rights, for instance, there’s no question that remaking society to treat gay and straight relationships as indistinguishable will impose a significant burden on taxpayers. If gay partners receive the same Social Security and Medicare benefits as married couples, a system already stretched to the breaking point will bear additional expenses running into the billions. This reform may or may not follow the dictates of fundamental fairness, but it is hardly without cost; you can’t provide equal benefits for a whole new class of beneficiaries without creating obvious problems in the system’s balance sheets.

On another bitterly disputed question, the currently mandated re-imposition of the death tax (currently scheduled to reappear with a vengeance on January 1st unless Congress takes preemptive action) represents not only an economic threat but a punishing assault on family values. If 55% of net worth above a million dollars goes to the government, not your children and grandchildren, intergenerational planning and connection will take a significant hit, not just the survival of family-owned businesses.

With or without the current urgings of some Tea Party and gay rights personnel, Republicans should continue to emphasize the economic concerns and small government priorities that brought them their victories earlier this month. But the impulse to segregate fiscal and social issues ignores the way that economics and values inevitably interact, and the importance of sturdy middle class virtues as the basis for both durable families and free market prosperity. The only real alternative to government as a source of assistance, authority and a functioning civil society remains the “little platoons” described by Edmund Burke—families and communities shaped by attitudes that count as both economically and culturally conservative.