When It Comes to Rewarding Inefficiency, Washington Puts Wall Street to Shame 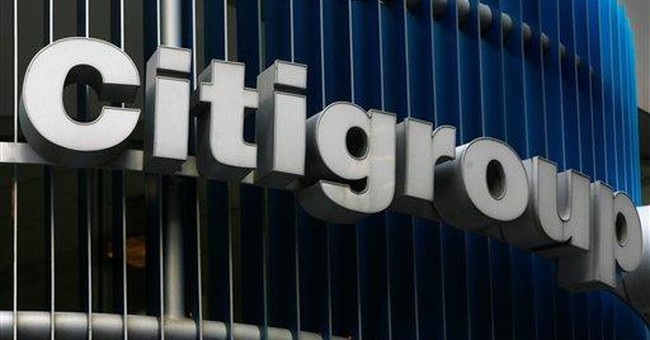 The public feels rightly outraged at lavish pay-packages for executives in government-assisted companies that have blown billions in recent years. But why hasn’t the restive public developed comparable indignation regarding the shocking salary increases for an operation that’s been bleeding even more money: the federal government.

For 2009, Washington will spend $1.4 trillion more than it takes in – an unbelievable monthly deficit of more than $100 billion. At the same time, the federal workforce has received whopping salary boosts—at a rate nearly double the increases for those who hold jobs in the private sector. Since the beginning of the recession in December, 2007, pay raises for federal employees averaged 6.6%, compared to 3.9% increases for those working for private businesses. When newly hired workers and their lower salaries are excluded, federal workers got an average pay hike of 8.7% -- amounting to $6,100 per employee.

Can anyone point to evidence of increased efficiency, productivity or success for the federal government that would justify such substantial raises for its employees?

What’s more, even before the current downturn and the dubious increase in federal pay levels, government workers already enjoyed much higher salaries (and vastly better benefits) than employees in the private sector. As of June, 2009 (the most recent date for which figures are available) the average federal worker gets $71,206 while the average employee in the non-governmental economy gets $40,331.

Does it make sense that people who work for Uncle Sam should earn some $31,000 a year more than those holding jobs in the for-profit economy?

On what basis would an objective observer conclude that those who serve the federal government (with famously generous pension and health insurance plans) actually deserve vastly higher salaries than private employees?

In fact, it’s not just those in the middle of the financial spectrum who have cashed in through their secure jobs with the feds. USA Today (as reported on December 11) completed a detailed analysis of federal salary data and concluded that a full 19% of those who toil for Uncle Sam now make salaries of $100,000 per year or more—paid, in part, by taxpayers who commonly earn far less. In the midst of a devastating recession and crippling federal deficits, the percentage of six-figure federal employees has sky-rocketed – from 14% to 19% in just the last six months. The number of those who earn even better wages from Washington (above $170,000 per year!) has gone up even more abruptly – with an increase of 93%, to 22,157.

Meanwhile, the federal workforce not only earns more and receives vastly higher raises, but also enjoys far greater job security than employees of any private firm. While most companies have been shedding jobs at an alarming rate (with 7.3 million positions lost since December, 2007) Uncle Sam is one of the few bosses around who’s actually added workers: the federal workforce swelled by an appalling 9.8% in the same time period, adding 192,700 jobs. When the economy is good, Washington adds workers, and when the economy is bad, the feds tend to add even more.

Unlike private firms, the federal bureaucracy doesn’t attempt to make a profit, so there’s never a pressing drive to cut costs or to trim payroll; unlike state and local governments, Washington doesn’t even need to break even. The ability of the central government to print or borrow money means that all the new hires will remain at their posts, no matter how mediocre or inadequate their performance, or how questionable the value of the often meaningless tasks they perform.

Not only do rising federal pay and swelling federal workforces bear little connection to the job performance of the individual employees, but these costs continue to multiply regardless of the government’s overall ineffectiveness. This anomaly pertains to Big Lie #5 in my just-released book, THE 5 BIG LIES ABOUT AMERICAN BUSINESS – the idiotic supposition that government is more compassionate and reliable than for-profit business.

The truth is that if you go into a local Starbucks the chances are that the barista will treat you decently. To some extent, that’s because he or she hopes for a tip, but more fundamentally it’s because that employee wants you to come back for another Venti Mocha. If you don’t, the coffee oasis could go out of business and the barista could lose a job. At the Department of Motor Vehicles, on the other hand, you’re likely to receive far less considerate treatment, because the employees don’t worry about whether you’re a satisfied customer or a potentially returning patron. If you expect to drive a car, you’ll be back at that office because there’s no place else for you to go. The DMV won’t close down because citizens feel annoyed at long lines or rude service, any more than the government itself will close down because of chronic inefficiency. In every sense, private, for-profit businesses are more directly and immediately accountable to the public than are taxpayer supported bureaucracies.

Instead of agitation for more governmental expansion to clamp down on executive compensation at banks and hedge funds, wouldn’t it make sense for the feds to look first at their own bloated payrolls? If we’re truly concerned about the perverse practice of rewarding incompetence, the right place to begin trimming salaries and slashing jobs would be with the federal government’s own recently re-enforced army of 2.2 million often overpaid personnel.