Think 2008 Was A Bad Year? Reconsider '68 For A Sense Of Perspective 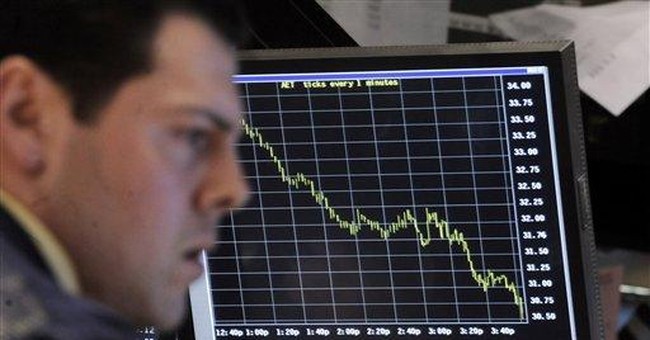 As the eventful, alarming year of 2008 lurches and sputters to its sour and exhausted conclusion the American people should take comfort in comparisons with last century's "annus horribilids" (year of horrors) 1968. Reflecting on both similarities and contrasts with the shattering events of forty years ago should serve to remind the downcast public that, for all the predicaments of the present day, the twelve months just past hardly constitutes a uniquely bleak moment in our history.

First, the haunting echoes: in December 1968, as in December 2008, the Americans eagerly welcome the imminent departure of controversial presidents from Texas (Lyndon Johnson and George W. Bush) who had squandered their once considerable popularity on unpopular wars (Vietnam and Iraq). In both years, the public had been shaken badly by grim surprises no one had predicted – assassinations and major riots in 1968, collapse of the financial system in 2008. Today, as much as forty years ago, many social critics visualize the United States as a "sick society" with no conscience or moral compass, and public opinion surveys reveal a general expectation that the next generation will inherit a diminished, demoralized nation. Russian bullies selected the month of August in 2008 as well as 1968 to use overwhelming military force to crush pro-Western leaders (in Czechoslovakia and in Georgia) while the U.S. could do nothing to protect the forces of democracy from Moscow's aggression. The election of '68, like the election of '08, saw millions of young people mobilized by political promises and demands for change, though the triumphant candidates (Richard Nixon and Barack Obama) at year's end assembled cabinets and White House staffs comprised almost entirely of seasoned, business-as-usual Washington insiders. In both Decembers, the president-elect faced a deeply divided electorate and a raging, unpredictable war (in Vietnam forty years ago, Afghanistan today) with demands for more troops and no clearly defined strategy for victory. Then, as now, mass media glorified the hedonistic and the radical ("Make Love, Not War"/"Turn On, Tune In, Drop Out") while deriding "uptight" middle class traditionalists who try to defend family and faith.

For several reasons, however, the nation faces less dire challenges in the 21st Century than we did at the dawn of the 1970's. For one thing, the "Evil Empire" of the Soviet Union has collapsed and no longer menaces the very existence of the United States. In contrast to the earlier era, America remains unequivocally the world's leading military, economic and cultural power. Whatever tomorrow's challenges from Russia, China or even the European Union, we no longer live in a bi-polar world in which a vast Communist coalition openly pledged itself to the destruction of the West. The very designation of that one-time Red alliance highlights the positive distance we're traveled in 40 years: in 1968, the pro-American nations of NATO faced off against the Soviet Union and its satellites arrayed in the "Warsaw Pact." Today, the city of Warsaw constitutes the booming capital of perhaps the single most pro-American nation on the planet. Poland – along with the Czech Republic, Hungary, the Baltic Republics, and even Ukraine – are loyal American allies and either already members of NATO or else clamoring to join the Western alliance.

In addition to a world less threatening in its divisions, we face far less radical or dangerous divisions here at home. Yes, social issues like Same Sex Marriage produce tough, fiercely-contested fights like the California battle over Proposition 8, but it's been many years (thank you, Lord) since angry dissidents fought with cops and destroyed property on college campuses, in urban ghettoes, or even at the Democratic convention city (and Obama's home town) of Chicago. In fact, Obama's blissful election night victory speech (in front of more than 200,000 euphoric and peaceful fans) took place in Grant Park, the very site of bloody battles between police and radical "YIPPIES" (representing the Youth International Party) some forty years before. In 1968, disaffected young people and ethnic minorities became even more alienated after the inauguration of Richard Nixon: they had lived through an election in which none of the three candidates in November (Republican Nixon, Democrat Hubert Humphrey, and "American Independent" George Wallace) managed to connect with the hordes demanding a "new politics" (Nixon won with just 43.4% of the popular vote). Next year, some of Obama's besotted true-believers will no doubt feel deeply disappointed when he fails to deliver on his messianic promises, but it's hard to imagine that they will feel so bitterly frustrated that they'll turn en masse to violence in the streets. One of the reasons Republicans gained no traction in their attempts to associate Obama with Bill Ayers, one time leader of the bomb-building Weather Underground, is that the very concept of a domestic "revolutionary cell: seems so preposterous today.

Reviewing all three major categories of issues and challenges --- national security threats, socio-cultural divisions, and economic prospects – America occupies a stronger, more promising position than it did in 1968.

Concerning war casualties, for instance, the Vietnam conflict claimed 16,592 American lives in 1968 alone (and in a dramatically smaller US population)— costing four times the number of soldiers killed in action in all five years of fighting in Iraq Today, we worry that our most dangerous enemy – Iran – might soon develop nuclear weapons, but in 1968 our principal enemy – the Soviet Union – already possessed some 10,000 nukes along with the ICBM's to deliver them anywhere.

At the end of the '60's, drug use and the corresponding "hippie culture" exploded in popularity, becoming suddenly fashionable in elite universities as well as urban ghettoes. The sharp rise in crime became a prime political issue and led to the mass exodus of middle class whites from inner cities to the suburbs. The development of the birth control pill contributed to an unprecedented rise in pre-marital sex, serious discussions of non-monogamous "open marriage," and the beginnings of a powerful political movement demanding legalized abortion. In 2008, most statistics concerning social pathologies either held steady or improved, with declines in drug use, divorce, teenage sexuality, violent crime and abortion. The present offers no parallels to the apocalyptic expectations of forty years ago, when serious observers predicted race war, youth revolution or both. I vividly remember the University Chaplain at Yale (the late William Sloan Coffin) telling a student gathering early in '68 that even the most non-violent among us should prepare for bloody struggle in the streets, with the only serious question which side of the "barricades" we would join. Today, not even the most deluded, America-bashing professor would dare to suggest that Ivy League graduates should prepare for hand-to-hand urban combat.

The chances of complete social breakdown remain remote, despite the unprecedented nature of the economic meltdown of the last few months and the staggering cost of the government's various bailouts and rescue plans. In a sense the current situation looks more menacing because the great mass of Americans have much further to fall than they did in 1968: by every measure, the middle class is larger and more prosperous than forty years ago. In the tragic year of the Martin Luther King and Robert Kennedy assassinations, persistent poverty emerged as the dominant economic issue. Dr. King had planned a massive "Poor People's Campaign" to camp out through the summer in Washington and after his death, Reverend Ralph David Abernathy led this impassioned effort. Even the Republican presidential candidate, Richard Nixon, addressed the need to provide greater access to the American dream to families that had been shut out of the economic mainstream for generations. Forty years later, the incoming Obama administration worries about protecting the American dream for tens of millions of insecure middle class and working families, but there's a profound difference between efforts to protect past gains or reforms to allow the first chance ever for advancement. Impoverished households of forty years ago lived with isolation all but unimaginable today – frequently without cars or telephones or television (assets that poor families possess today in abundance). Life expectancy, access to college education, and quality of healthcare have all vastly improved for every segment of society. While today's crisis may damage American families for years to come, no one expects the current downturn to erase the breathtaking progress of the last forty years. By objective measures, even typical poor families in 2008 enjoy a healthier, more mobile and more comfortable standard of living than most middle class families at the end of the '60's.

In short, the intense horror and dread inspired by recent reverses to the U.S. economy only highlight the favorable conditions that most Americans came to take for granted during the last 20 years. When Ronald Reagan took over the Presidency in 1981, the unemployment rate stood at an alarming 7.5% -- sharply higher than today's 6.7%. In the first two years under the Great Communicator, the jobless rate climbed disastrously, reaching a near depression-level 10.8% at the end of 1982. The numbers improved slowly and painfully, dipping below today's rate of 6.7% only after six full years of Reagan's presidency, and yet we remember the Gipper—rightly, of course – as a great and successful president.

Looking ahead to 2009 and adding up the grim headlines from the year just passed, the restive populace badly needs a sense of perspective. Even the briefest reconsideration of the fateful follies of 1968 (and many of the subsequent years, particularly under Jimmy Carter) should remind the public that there's scant basis for desperation or self pity as we move forward into the Age of Obama.