GOP Comeback? Been There, Done That 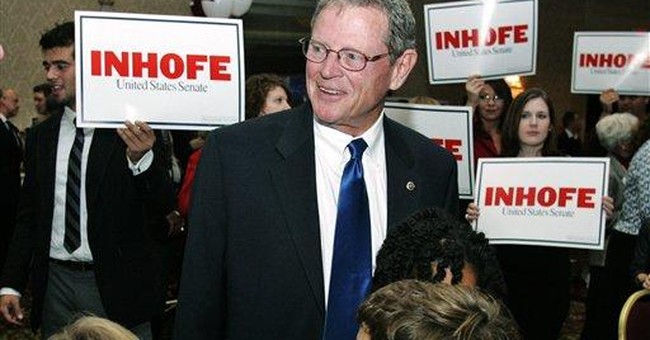 Pouring over the numbers in the Presidential and Congressional elections of 2008, there’s an eerie parallel that deserves far more attention than it’s received.

In races for the House, the Senate and the Presidency, the final totals match almost precisely with the results of the last Democratic sweep in 1992.

That election gave the Democrats 57 Senate seats to 43 for the Republicans. So far, with three races yet to be decided in 2008, Democrats (and the two independents who caucus with the Democrats) control 57 seats and the Republicans control 40. Assuming that the GOP’s Norm Coleman hangs on to win his seat after a recount in Minnesota, that Saxby Chambliss wins his run-off election in Georgia, and that Ted Stevens (or a GOP replacement) secures the seat in Alaska, the Senate lineup will match exactly with its contours in 1992—57 to 43. Even if the Republicans lose one of the undecided seats, it’s possible that Independent Joe Lieberman will decide (or find himself forced) to caucus with them, still giving them the same 43 seats they won in ’92.

On the House side, the resemblance is similarly close to the line-up sixteen years ago. After the Clinton landslide (beating President George H. W. Bush and eccentric “Reform Party” contender H. Ross Perot), the Democrats nabbed 258 seats in the House and the GOP controlled 176. At this point in 2008, the Dems have secured 255 seats and the Republicans 174, with six seats unsettled. The most likely outcome of the races yet to be decided would be an exact replica of the House of Representatives that convened in 1993.

As to the Presidential race, sixteen years ago Bill Clinton cruised to victory with 370 electoral votes to 168 for President Bush (Ross Perot drew 18.9% of the popular vote but, like most third-party vanity candidates, earned no electoral votes). In 2008, assuming that John McCain carries the officially undecided state of Missouri (where he’s maintained a slight but steady lead) the final outcome will be an Obama victory by 365 to 173 electoral votes--- just a five vote difference from the 1992 race. In the popular vote, Obama prevailed by a margin of 6.5%, while Clinton beat Bush sixteen years ago by a strikingly similar margin of 5.5%.

The resemblance in election outcomes between the triumph of Clinton Democrats in 1992 and the resounding win by Obama Democrats in 2008 ought to fill disheartened Republicans with determination and hope.

Just two years after the electoral disaster of ’92, the GOP came roaring back to capture both houses of Congress in the “Contract with America”/Newt Gingrich revolution. And six years after that epic triumph, Republicans recaptured the White House under George W. Bush in the impossibly close election of 2000.

For several reasons, the election of 2008 left Republicans in an even better position for a quick comeback if they handle their opportunities intelligently.

Above all, the situation with the economy should work to the GOP’s advantage in the Congressional elections of 2010 and perhaps even in the Presidential race of 2012.

When Bill Clinton came to power in 1993, the recession that destroyed the first Bush presidency had already begun to recede and the economy had already begun its recovery, which ultimately morphed into the “Clinton Boom” and secured Slick Willy’s reelection. No one expects a similar economic turnaround for President-elect Obama in the three months before his inauguration and perhaps not even in the first two years of his presidency. If unemployment continues to rise, the deficit continues to explode, and personal income continues to stagnate or decline, the Obama reputation as a messianic miracle worker could collapse in a hurry. As with Clinton, the great expectations surrounding Obama’s election could quickly transform to a sense of betrayal and even disappointed rage.

Clinton survived the turmoil of his first term largely because he faced no credible rivals within his party. While he suffered sharply reduced approval ratings and rising public contempt in the first years of his presidency, the Democrats nonetheless rallied around him because they had no viable challenger to embrace.

Barack Obama enjoys no comparable luxury: Hillary Clinton remains a formidable force within the party and an entirely plausible Democratic challenger if Obama stumbles in his first term. In the same way that Lyndon Johnson conducted his entire presidency with a wary eye on Bobby Kennedy and those family loyalists who yearned for a Camelot restoration, Obama will need to use extreme caution in the management of the Senator from New York and all those operatives who yearn for another Clinton White House.

At the same time, Obama’s Congressional allies will bring him far more problems (and far fewer political assets) than did the House and Senate leaders who gave Bill Clinton their loyal support in the first two years after his election. Senate Majority Leader George Mitchell of Maine and House Speaker Tom Foley of Washington both came across as solid, serious, strikingly articulate public servants and presented themselves as moderate (or at least mainstream) Democrats.

Current House Speaker Nancy Pelosi, on the other hand, looks like an addled and terrified ditz in all her TV appearances and counts as the most unabashedly leftist leader in the long history of the House. Senate Majority leader Harry Reid (or “Dingy Harry” as Rush Limbaugh appropriately describes him) performs more feebly on television than any politician of modern times; his speech at the Democratic Convention in Denver was a veritable masterpiece of stomach-churning and whining excess, which I played several times for the delight of my radio audience. Reid also will face heightened scrutiny in the next few years for his numerous shady Las Vegas real estate transactions and his four sons who work as gold-plated lobbyists with notably unsavory connections. Meanwhile, the lobbyist son of Vice President Biden could provide additional embarrassment-- not to mention the likelihood of uncomfortable questions about the highly dubious financing and tax reporting of the Vice President’s own 7,000 square foot, 6.5 acre lakefront mansion.

In general, both Congressional caucuses contain fewer moderates and more true believers than they did in 1993—a situation that will almost certainly benefit the opposition party. The Democrats in both House and Senate feature more strident “progressives” than any Congress in 60 years (imagine Al Franken inserted into the “world’s most exclusive club”!) and these liberals will make it more difficult for President Obama to implement centrist policies or rein in the ideological excesses of his own party’s militants. Meanwhile, the surviving Republicans and their leaders embrace a far more coherent conservative outlook than ever before: for better or worse, Lincoln Chafee, Chuck Hagel, Gordon Smith and Mike DeWine are gone. In 1993, Republican House leader Bob Michel of Illinois endorsed a go-along-to-get-along philosophy that John Boehner and his hard-charging new whip, Eric Cantor, emphatically reject. Though the partisan alignment may look identical in House and Senate, the 111th Congress that convenes in January should prove even more challenging for Barack Obama than did the 103rd for Bill Clinton.

Then, finally, there’s the question of national party leadership. In 1992-93, the Republicans looked disheartened and shattered, with no credible potential candidates to challenge Bill Clinton for re-election. The first President Bush had retired to Texas and Kennebunkport, with few insiders thrilled by the presidential prospects of his much-derided Vice President, Dan Quayle. The National Review, surveying the dearth of GOP leadership, ran a famous cover story featuring a caricature of Rush Limbaugh as “The Leader of the Opposition.”

Well, Rush is still there, joined today by a dozen other conservative radio hosts with significant national impact and loyal followings. Fox News also helps in providing an answer to distortions by the alphabet networks. More importantly, the Republican Party features any number of bright young stars who could challenge Obama in 2012 or his successor in 2016. Governors Jindal of Louisiana, Pawlenty of Minnesota and, yes, Palin of Alaska, all could make serious races for national office, as could the formidably gifted former governors Huckabee of Arkansas and Romney of Massachusetts. Congressmen Pence of Indiana and Cantor of Virginia also qualify as rising political stars with nearly limitless futures, as do Senators Thune of South Dakota or Coleman of Minnesota (if he survives the ongoing recount against Al Franken).

This situation compares highly favorably to the Republican dilemma in challenging Bill Clinton in 1996, when the party in desperation embraced the desultory candidacy of Majority Leader Bob Dole after a primary campaign featuring flawed or listless figures such as Pat Buchanan, Lamar Alexander, Phil Gramm, Bob Dornan, Steve Forbes, Dick Lugar and Adamant Alan Keyes (who’s still available, no doubt, if anyone wants him). Dole lost, of course, by a margin of 8.53%--- a far more decisive thumping than John McCain just received.

In short, neither the lop-sided Democratic numbers in the House and Senate, nor the solid (but hardly overwhelming) victory by Barack Obama, should cause Republican partisans to despair. Bill Clinton – an even more experienced and savvy politician than Obama—boasted nearly identical strength, and a similarly fawning press, when he took office in 1993.

Nevertheless, Republicans came together behind conservative principles and took full advantage of the inevitable stumbles of the rookie president. With vision and resilience, they rebuilt the party surprisingly quickly, and won a string of Congressional victories that defied all the gloomy predictions. In terms of staging a dramatic and improbable comeback after a dispiriting defeat, we’ve been there, done that.