The #TrumpGropeGate Selective Outrage is Hilarious, But on the Other Hand…

Michael Hausam
|
Posted: Oct 17, 2016 12:01 AM
Share   Tweet
The opinions expressed by columnists are their own and do not necessarily represent the views of Townhall.com. 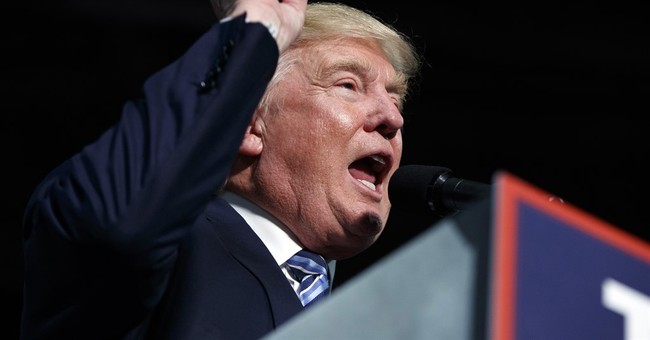 The word “grope” has been infecting every other social media post I’ve now seen for days. Between those denying he ever groped anyone and those asserting that it’s been a daily event for years, it’s everywhere. Fortunately, football and baseball has captured the attention of a few people, sparing me a grope-only feed.

One aspect that has been particularly entertaining is those expressing righteous indignation over Trump’s alleged actions. This selective outrage over Trump’s alleged past behavior is so transparent and absurd that it’s now reached parody status. Pearls are being clutched and swooning is occurring at record rates.

In a speech on Thursday, Michelle Obama said, “I cannot stop thinking about this. It has shaken me to my core in a way that I couldn't have predicted.” It’s very possible that Trump’s comments (and actions) may have been constantly on her mind and shattered her, but I doubt it. I would believe, however, that the idea of a Trump Presidency had those effects. She would not be alone in that.

The next day President Obama laid into Trump as well. He mocked the GOP, saying “You claim the mantle of the party of family values, and this is the guy you nominate.” He then asserted that the Republican Party has been tolerating and in some cases encouraging this type of attitude for years.

My favorite meme about Trump’s grope fest was (no surprise) created and by the Occupy Democrats Facebook page: at the top it says “Found That Trump Locker Room” and the picture is a locker room, with photo shopped-in images of Jared Fogle, Bill Cosby, Brock Turner, and Donald Trump. It’s actually pretty funny.

The selective outrage bit in all of this is simple to see: There is NEVER any mention of egregious behavior attributed to (and in a few cases even documented about) Bill Clinton or any other notable lecherous Democrat.

Both Obamas were speaking at engagements specifically for Hillary and the political posturing required to ignore what everyone was thinking is so extremely amusing. Because of lying about his sordid affair with Monica Lewinsky, Bill was suspended from practicing law in Arkansas and in the Supreme Court, as well as paying a $25,000 fine. During Paula Jones’ harassment case, Clinton was fined $90,000 for lying and ultimately settled the case for just under $1,000,000.

How Democrats can so loudly and vociferously object to the odor of Trump’s actions while so tightly holding their noses about Bill is a super nifty parlor trick.

But on the other hand…

Trump asked for this. Big time.

His pre-debate “press conference” stunt last week with Juanita Broadrrick, Kathleen Willey, Paula Jones, and Kathy Shelton was a gigantic request and challenge for a thorough rectal exam of his history.

During the debate itself, after acknowledging and apologizing for “locker room talk,” Trump ignored Anderson Cooper’s first two questions about kissing or groping without consent. After the third query, Trump finally said, “No, I have not,” and then immediately moved on.

Within a few minutes of that exchange, Ben Shapiro prophesied this on Twitter: “Theory: Cooper's constant badgering of Trump about whether he has ever sexually assaulted or kissed a woman without permission is a set-up.”

Shapiro has been proven right.

The one thing that is surprising about this whole thing is that it is a surprise at all. It takes no time to find dozens and dozens of comments from Trump about his sexual conquests and how irresistible has been his bedroom appeal. And they go back over three decades.

His penchant for judging women solely based upon their looks, whether in regards to whom he would be likely to grope (not the ugly ones!) or vote for (look at that face!), has a similar long history. His involvement in beauty pageants wasn’t just motivated by the cash-flow opportunities, to be sure.

Now, of course, he’s denying everything and pointing to the media as an aggregator of lies and pro-Hillary cooperation. My favorite Twitter response went like this:

Trump: I grab women by the pussy

A dozen women: yeah, that’s true, he did this to me

Trump: This is a global conspiracy