Ten Things You Need to Know About Fast Track 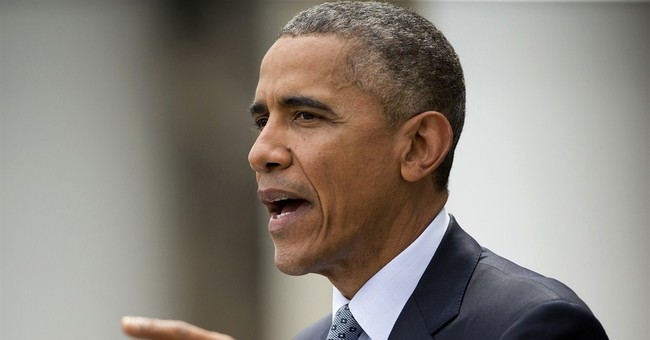 As the Congress begins debate on granting President Obama "Fast Track" authority on trade, here are ten key items you need to know:

One: "Fast Track Authority" Is, At Its Core, Nothing But A Significant Transfer Of Legislative Power To Barack Obama And His Immediate Successor.

It's not exactly like Missouri v. Holland, since, rightly or wrongly, trade agreements have not, constitutionally, been treated as treaties. But it's analogous to Missouri v. Holland in the sense that everything in the agreement will have the force of statutory law. And it will have the force of law even if, under Article I, Section 8, the federal government is not otherwise authorized to legislate in an area. And, under widely established principles of law, it will override any previous statutory law inconsistent with it. And, unlike the Clean Air Act and the National Labor Relations Act, it will come before the courts as a case of first impression, at a time when the courts are packed with Obama nominees with a history of ignoring the black letter of the law and Constitution in order to achieve political objectives.

Two: If Fast Track Is Approved -- And The Agreement Turns Out To Be Horrible -- It Will Be Impossible To Stop It Then.

It will be exactly like the Cromnibus -- a massive take-it-or-leave-it aggregation of baubles and bribes -- with respect to which every politically powerful institution in Washington has some stake in its passage. It cannot be filibustered in the Senate. It cannot be amended in any way. No recent experience with the Senate and House Republican leadership -- be it the government shutdown or the Cromnibus or the Lynch nomination -- suggests that horrified conservatives would have any power to apply the brakes after the TPP or the follow-up agreement with the European Union are made public.

Three: It Is Impossible To Limit The President's Authority In Any Way.

The two principal "limiting" mechanisms on the fast track bill are (1) the statement of negotiating objectives, and (2) the "conditions" on the invocation of fast track. No one, to my knowledge, honestly believes the negotiating objectives will be binding in any way. But the dirty little secret is that the "conditions" are also not worth the paper they're printed on:

In the first place, Boehner, McConnell, Hatch, and Ryan will ultimately be the arbiters of whether the conditions have been made. All of these have consistent track records of ignoring conservative concerns when Barack Obama has demanded that they do so.

Second, as a matter of precedent, Congress has a history, as with the Korean FTA agreement, of allowing fast track to be invoked, even though its invocation was objectively statutorily barred.

If Congress has been willing to ignore objective bars to the invocation of fast track, such as text changes subsequent to the conclusion of negotiations, then subjective conditions are not worth the paper they're printed on.

Four: Fast Track Will Give Both Barack Obama And, Potentially, Hillary Clinton The Ability To Comprehensively Circumvent Congress With Respect To Agreements Which Are Not Even On The Horizon.

Some conservatives, with respect to both fast track and the "nuclear option," are betting everything on the proposition that Hillary Clinton is unelectable. And, as I predicted, she is looking more vulnerable than the Washington establishment anticipated. But understand this: If Clinton is elected, it will not be because the nation loves her; it will be because the same forces that killed RFRA and confirmed Lynch will apply the Todd Akin-treatment to whoever emerges as the Republican nominee. So, while conservatives may work to defeat Clinton, it would be a mistake to bet EVERYTHING on her defeat. And, by "EVERYTHING," I mean giving her the comprehensive authority to write any legislation she can stuff into a trade agreement during the entirety of her first four-year term.

Five: If Reports Of The Secret Agreement Are Correct, It Contains Language, Patterned After Provisions Applicable To The European Union, Which Would Effectively Mandate Unlimited Amnesty.

According to Curtis Ellis of the American Jobs Alliance, the TPP draft currently contains an entire chapter on immigration. The meaning of this chapter would be deciphered, as a case of first impression, by an American judiciary which is more liberal and politicized than any in history. And it is absolutely clear that it would implicitly repeal any provision of current law that is inconsistent with it.

Is Ellis correct? Well, we don't know, because the provisions of the treaty are being kept secret -- reportedly because they would be very unpopular if anyone knew about them. And, while it's impossible for ordinary Americans to see the negotiating documents, it's nearly as impossible for congressmen being asked to approve fast track to see them. Like ObamaCare, we have to pass it to find out what's in it.

Take into consideration that Mexico is a party to TPP. So a broad EU-like statement about free migration would be taken, at the hands of Obama-packed courts, to be inconsistent with, and therefore to replace any current restrictions on migration and, by inference, naturalization.

Six: The Republican Leadership's "Rah-Rah" Talking Points With Respect To Immigration And Tpa Are Deceptive.

A ten-point missive put out by House Speaker John Boehner's press office argues that TPA "specifically bars the president from making any changes to our laws." But this statement, obviously not written by an attorney, has three problems:

First, the TPP will be, by its very definition, the law of the land. It will necessarily supplant any previous statutory law which is inconsistent with it. This is the very nature of a trade agreement. No language in the TPA bill can conceivably change this.

Second, let's say the TPP contains broad language about the "right to free migration of labor." Boehner, McConnell, and the other pro-TPP leadership will interpret this as being innocuous. They will fast track the agreement. And, by the time the Obama courts decide that this creates a broad new right that transcends any preexisting laws, the "conditions" for the invocation of fast track will have long since ceased to be relevant.

Boehner's office also assures us that "we'll have the power to stop any trade agreements." But a Speaker who has been working for years to hatch "immigration reform" legislation supported by Democrats and "leadership Republicans" is hardly going to protect us from a pro-amnesty TPP.

Seven: Over The Next Six Years, There Is Ample Time To Insert Firearms Import Bans (With The Force Of Statutory Law) Into The TPP, The EU Agreement, or A Separate Trade Agreement For That Purpose.

Barack Obama has been rabid in his zeal to destroy the Second Amendment community. Over and over again, he has experimented with a wide variety of schemes to ban guns by regulatory fiat: eliminating credit, banning ammunition, compiling a gun registry, encouraging state bans, reclassifying common guns, banning the import of guns, and so forth. And yet, Hatch and Ryan didn't see fit to even purport to prohibit the Obama administration from using a trade agreement to impose a statutory gun import ban.

Eight: Democrats Are Pushing For -- And Obama Will Agree To -- Broad New Environmental And Union Rights Which Will Achieve The Clean Air And Labor Organizing Standards Which Obama Has Failed To Push Through Congress.

You saw a hint of what could happen with the "upward-harmonization" language in NAFTA. But Bill Clinton was not as demonically obsessed with end-running Congress to the extent that a "transformational" Barack Obama is.

We know what's coming: Congressional Democrats are pushing for it. And Obama has promised it. It will come in the form of broad statements about the "right to clean air" and the "right to collectively bargain." Boehner and McConnell will give it a pass. But, unlike the Clean Air Act and the National Labor Relations Act, its scope will be considered as a case of first impression by Obama-appointed judges who are obsessed with transforming society in accordance with their liberal objectives.

Washington's business interests may not appreciate this, because they're still fighting the last war. A less-ideological Bill Clinton did not use NAFTA or GATT, to the same extent, to implement his liberal vision -- but Obama will.

Nine: The One Thing We Do Know About Fast Track Is That It Will Be A Massive Payout To Obama's Hollywood Funding Base.

The extensive "intellectual property" protections are the one certainty of the TPP. And this one certainty about the TPP is that it will be a gigantic payoff to the California moguls who put Barack Obama in office.

Ten: America Should Be Allowed To See The Entire Tpp Before Congress Puts Its "Fast Track Imprimatur" On It.

Surely, this is what John Boehner and congressional Republicans promised us when they committed to transparency. To deliberately conceal a secret agreement, while passing arrangements for its expedited "rubber stamping," represents perfidy which goes far beyond anything that was done with ObamaCare. It was, generally speaking, theoretically possible to read most of ObamaCare prior to passage. TPP is being deliberately hidden.