Michael Hamilton
|
Posted: Jul 12, 2017 2:00 PM
Share   Tweet
The opinions expressed by columnists are their own and do not necessarily represent the views of Townhall.com. 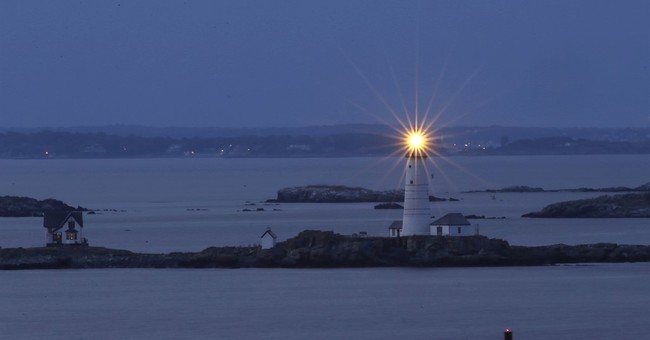 Occasionally, a long-established think tank folds. This is not a sign of failure, although surely its detractors will spin it as one. A lighthouse no longer in use is no failure, as anyone who has visited a lighthouse knows. The moment its light fades, it becomes a monument—not only to its own bright past, but to all other lighthouses.

So it is with the National Center for Policy Analysis (NCPA), which shut its doors in July 2017 after 34 years of researching and promoting “free-market alternatives to government regulation and control, solving problems by relying on the strength of the competitive, entrepreneurial private sector,” according to NCPA.org.

Today approximately half the country would like to increase the government’s control over the systems and institutions important to everyday life. Approximately half the world felt this way when NCPA was founded in 1983, in the throes of the Cold War. The Soviet Union and satellite governments trusted central planners to control how money was made, who made it, and how much of it the government would confiscate in its socialist economy.

By contrast, NCPA boasts four landmark policy victories increasing the power individual citizens have over the money they earn—money which is by default their own, not the government’s. NCPA’s website states the following:

“Because of the NCPA idea of Roth IRAs, $265 billion in personal savings has been taxed once and will never be taxed again. …

“Because of the NCPA idea of Health Savings Accounts (HSAs), 30 million people are managing some of their own health care dollars. …

“Because of the recommendations of an NCPA/Brookings Institute plan, half of all future 401(k) enrollees will be automatically enrolled in a diversified portfolio enjoying higher and safer returns. …

“Because of NCPA recommendations for Social Security reform, 78 million Baby Boomers will be able to work beyond age 65 without being penalized by Social Security.”

These four NCPA victories rebuke progressive-liberal and socialist-leaning ideologues who think the only people qualified to control people’s money are the people in power.

These victories also rebuke individuals quick to dismiss public policy analysis as abstract. Whether a retiree who worked 30-plus years has money in his retirement account is a concrete matter. So is whether a senior citizen is allowed to keep working without fear of losing Social Security. So is whether families are allowed to pay for each other’s health care needs before paying Uncle Sam.

Unfortunately, the individuals and businesses whose personnel are prospering because of these limitations on government overreach don’t always say “thank you” in the language every think tank must eventually learn: dollars and cents. NCPA’s Board of Directors is fluent:

“The decision to leave the world of think tanks comes after the organization has faced significant financial challenges over the last three years. The incident is not isolated, according to a June 29 article in Exempt Magazine[stating] … ‘more than half of surveyed nonprofits have frequent or chronic budget deficits; 40 percent have fewer than three months of operating reserves; and, 10 percent showed no reserves,’” NCPA’s website states.

For more than three decades, NCPA helped defend the self-evident, unalienable right to property, including the freedom to spend one’s money however one wants. This freedom cuts both ways. People are free not to give back, as the thinkers formerly associated with NCPA well know.

Thus, even in dissolution, NCPA pays tribute to the link between liberty and prosperity—a link NCPA dutifully illuminated. That’s a bright way to pass the torch.