Michael Hamilton  |  Jul 01, 2017
The opinions expressed by columnists are their own and do not necessarily represent the views of Townhall.com.
Top Columns
Trending on Townhall Media 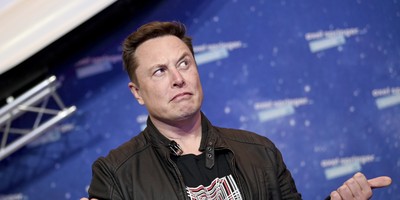 The Senate this summer is rearranging the deck chairs on the Obama, the proverbial ship of state the former president steered straight into the iceberg of taxpayer-funded health insurance, never to return.

Similar to the band that played as the Titanic sank in 1912, the Congressional Budget Office (CBO) has dutifully released its score of the Better Care Reconciliation Act, the Senate bill purported to replace Obamacare. CBO is playing basically the same tune it played when it scored the House Obamacare replacement bill, the American Health Care Act, which the House passed on May 4.

That tune is a siren call, beguiling people into assuming that having health insurance under Obamacare implies having access to affordable health care. The fact, however, is many people stand to gain by losing their Obamacare coverage, and many more would benefit by leaving the third-party-payer system congressional Republicans propose.

Most people of average means already have access to better, cheaper health care than they get when paying for non-catastrophic care by handing their insurance card to a front-desk worker at their doctor’s office. They just don’t realize it.

Someone with a $6,500 Obamacare Bronze Plan deductible typically pays higher prices for a routine visit than a person who pays cash. Let me repeat that: Most patients pay more, not less, for health care when they pay with insurance if they have not met their deductibles. Cash customers typically pay 25 to 98 percent less for services.

A better system would encourage patients to save most of the money they are wasting on insurance premiums in a tax-advantaged health savings account. With the remainder, they could buy low-premium, high-deductible insurance plans—and hope never to hand their insurance cards to a doctor’s office desk clerk as long as they live.

Congressional Republicans want to have it both ways. On one hand, fear of leaving people supposedly stranded (i.e., without health insurance) is driving them to squander the greatest opportunity in a generation to liberate Americans from the health insurance-for-routine-care racket. This is evident in the Senate’s and House’s insistence on letting people wait to buy health insurance until after they develop preexisting conditions. It is evident in each chamber’s punting repeal of Obamacare mandates to state lawmakers. The Senate’s insistence everyone must pay the same prices for insurance reinforces this.

On the other hand, congressional Republicans appear to understand—in a way CBO, congressional Democrats, and the mainstream media do not—that encouraging people to exit the third-party-payer health care system for routine care is the only way to empower patients to get the most bang for their buck in health care. This is evident in each chamber’s willingness to legalize low-premium, high-deductible insurance plans that people should buy and forget about until catastrophe strikes, if that day comes.

Congressional Republicans’ Obamacare replacement plans are halfhearted attempts to steer the American health care system away from the course Obama plotted in 2010. The Republican plans are mere lifeboats—sure to help some people, sure to let others wallow with the ghost of Obamacare. And the band plays on.