Can Obama Blunt the Anger? 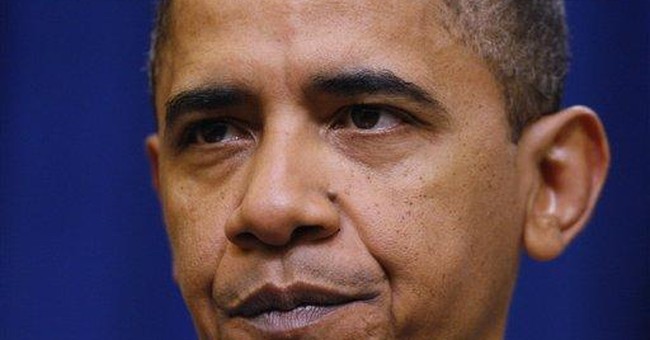 WASHINGTON -- If Tuesday had been a national election, Scott Brown's victory merely would have been the high-water mark of a Republican deluge. A five-point win in Massachusetts would have translated into blowout Republican victories throughout the country. Every Democrat with political skills short of Franklin D. Roosevelt's would have suddenly seemed a "weak candidate."

President Obama now is left with three options as he stumbles toward the State of the Union: He can try to ignore the anger, embrace the anger or blunt the anger.

Ignoring the anger is the advice of the health reform fundamentalists: With victory only a shady maneuver away, just ram it through. Have the House pass the Senate bill unchanged -- a bill that is, in Majority Leader Steny Hoyer's inspiring rallying cry, "better than nothing."

This is politics as psychological delusion -- entirely unmoored from reality. Democratic health reform is unpopular, for goodness' sake, in Massachusetts. Exit polls on Tuesday showed 52 percent opposed to the health bill and 42 percent who cast their vote with the specific intention of killing reform.

What serious Democrat would prefer this flawed, compromised, expensive bill to the political future of their party? Each time the legislation has rolled forward, it has gathered criticism and opposition like dirty slush on a snowball. Who can argue that a final push -- this one smacking of desperate, anti-democratic trickery -- will rescue the situation?

Following Tuesday night, the most dangerous enemies of the Democratic Party are not Republicans. They are the advocates of the current health care bill.

Astute Democrats understand this. Rep. Barney Frank immediately ruled out "any effort to pass a health care bill as if the Massachusetts election had not happened." The hope, says Frank, is that "some Republican senators will be willing to discuss a revised version of health care reform." And "revised" health reform certainly would be more limited. Frank is not being a gutless Democrat. He is being a loyal Democrat -- defending his party against ideologues who care little for its prospects.

Another option for Obama is to try embracing public anger -- continuing to rail against plutocrats who get bailouts and bonuses.

But Obama can't change his own history. He generally avoided this kind of populism during the worst days of the economic crisis, for the good reason that the stabilization of financial markets precluded attacks on the financial industry. At this point, Obama's outrage would lack credibility. Why, for over a year now, has health reform been his consuming priority while financial reform simmered on a back burner?

But Obama's main limitation as a class warrior is this: He is the least convincing populist I have ever seen. His manner is cold and cerebral. He loves to analyze and transcend ideological controversies. When he engages a debate on one side, he can be brittle, humorless and nasty. And he has a remarkable tin ear. What could possess a Harvard-trained lawyer to express scorn for Scott Brown's pickup truck? Obama is skilled at intellectual scorn; it is not a populist talent.

Finally, Obama could try to blunt public anger by parting ways with Nancy Pelosi and Harry Reid and moving toward the ideological middle. "Whenever you have just the furthest left elements of the ... party attempting to impose their will on the rest of the country," observes Democratic Sen. Evan Bayh of Indiana, "that's not going to work too well."

This argument is incomprehensible to many in the media and political class, because they already view Obama as a pragmatic centrist. He didn't insist on the public option in the health bill. He didn't bug out of Afghanistan. He didn't release Guantanamo detainees on the streets of Akron.

But these are minimal indications of presidential responsibility, not evidence of moderation. Meanwhile, the federal government is on the fiscal path of a banana republic. Health reform promises vast benefits while doing little to reduce costs. Foreign terrorists are informed of their right to remain silent.

To some, this may look like the center -- but only because the boundaries of their ideological world run from hard left to center left. To Massachusetts' independents, the Obama agenda looked a lot like liberalism.

Is Obama capable of scaling back health reform, taking the deficit seriously and working with Republicans to promote economic growth? We have no idea, because Obama is a stranger to governing. But unless he blunts the anger we saw on Tuesday, he will feel it again.