In Praise of Tact 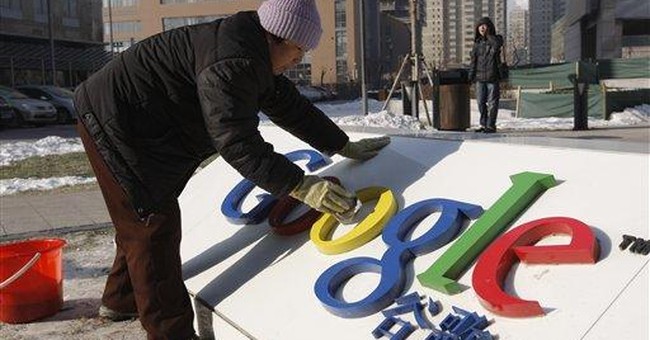 WASHINGTON -- Just weeks after the Supreme Court took a landmark case featuring a demand for greater communication privacy, many took to Facebook to reveal the color of the bra they were wearing. In a breast cancer awareness effort, women (mostly women, I assume) updated their profiles with words such as "black," "leopard" or (interestingly) "camouflage."

It is the paradox of the cyber era: A nation of exhibitionists demanding privacy.

The upcoming Supreme Court case of City of Ontario v. Quon is an advertisement for the living, evolving Constitution. Chief Justice John Marshall probably could not have anticipated that a police officer would assert his Fourth Amendment protection against "unreasonable search" as permission to send sexually explicit text messages to his mistress on a pager provided by his department. The officer was not fired or disciplined, merely monitored and exposed by a superior. But a federal court sided with the offended officer, concluding he had a "reasonable expectation of privacy" in his text messages.

There are a number of narrow issues in this case. The city of Ontario, Calif., officially told employees they should have no expectation of privacy on government computers, phones and pagers. Informally, supervisors sent a more permissive message.

But if the Supreme Court chooses to rule broadly, the influence will be broadly felt. Who actually owns an e-mail, text message or Facebook update? The person who composes it? The owner of the instrument that stores or communicates it? When supervisors view messages posted from public or company property, are they reading the equivalent of a T-shirt or a diary? Is there really a constitutional right to "sext" your mistress from your employer's cell phone?

The most interesting aspect of cyber culture, however, is not the quest for privacy but its disregard -- not the desire to protect private communication but the compulsion to make bra colors public.

The Internet is known for its milestones of exhibitionism. In 1996, Jennifer Ringley began broadcasting her entire life -- from brushing her teeth to making love -- on the Internet. In 1998, Elizabeth Ann Oliver delivered her baby live on the Web. In 2001, Josh Harris presented the breakup with his girlfriend and his nervous breakdown for Internet consumption.

But the real revolution of the Internet has been to make personal disclosure routine. Some, via Twitter, Facebook and the like, have taken to afflict others with a constant stream of their random thoughts -- an avocation that a columnist has no business to criticize. Less understandable to me are the revelations once reserved for the most intimate friends. Transparency has become disconnected from intimacy. It is not just that the young and irresponsible proudly record the details of their love life or the excesses of Saturday night (sometimes to their later regret). I still find it jarring when someone announces the death of a loved one on Facebook, and the messages of condolence come in from "friends" who are really strangers.

There are many motives, of course, for sharing personal information on social media. Most people, I suspect, are networking. I was considering these issues recently while updating my own, nearly friendless Facebook page. Progress sweeps even skeptics before it. But who could possibly care that I listen to Iron & Wine or recommend the movie "The Passion of Joan of Arc"?

I suspect, however, that some Internet exhibitionists are simply lonely. They want the details of their lives -- no matter how trivial, troubling or shocking -- to matter and count to someone. Of course, those details do matter and count, as all lives matter and count. But if loneliness is the motive, it is not likely to be relieved before a computer screen. This kind of disclosure is a solitary enterprise. The Internet stage is a one-man show.

While America worries about the legal protection of privacy and abandons its practice, the reticent, necessarily denied attention, still deserve praise. Writes the poet C.K. Williams:

More and more lately, as, not even minding the slippages yet, the aches and sad softenings,

I settle into my other years, I notice how many of what I once thought were evidences of repression,

sexual or otherwise, now seem, in other people anyway, to be varieties of dignity, withholding, tact.

Not the virtues of the Internet culture -- but virtues nonetheless.