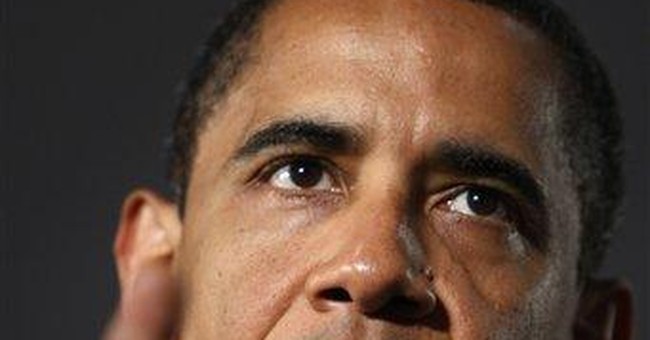 WASHINGTON -- Around midnight on April 15, 1912, there were a few minutes when Capt. Edward Smith of the Titanic realized his ship was going down -- six watertight compartments breached, less than two hours to float -- yet his passengers slept in happy ignorance. A historical fate hardened while most of the participants dreamed on.

The jobs report last week opened a long gash beneath the waterline of President Barack Obama's legislative agenda. Few yet realize it, but a scramble for lifeboats is about to begin.

On closer inspection, the economic news, which seemed bad, is even worse. Not only did unemployment rise to 9.5 percent but wages fell, undermining the consumption needed for the recovery of a consumption-driven economy. Unemployment increased among "breadwinners" -- married men and women who head households -- also making major family purchases more difficult. Recent increases in unemployment benefits and food stamps have helped many Americans pay for food and rent. Jobs, however, are what lead to the purchase of furniture, cars and homes. Paired with a decline in business investment, these trends make a second-half recovery less likely.

The stimulus package hasn't been very stimulating -- which is what many economists predicted. Pouring money into the economy through a thirsty sponge of federal programs -- the preferred method of Congress -- is slow and inefficient. In retrospect, all of the stimulus funds should have been given to individuals directly from the tap.

There are political implications of a weak recovery -- none of them good for the president.

Obama's spending ambitions would have been jaw-dropping even in the best of economic times. Federal spending this year is about 28 percent of GDP -- a figure exceeded only when Franklin Roosevelt was fighting a global war against Germany and Japan. Along the fiscal path Obama has chosen (according to the Congressional Budget Office), our national debt will double in six years and triple in 10.

Initially, Obama counted on an atmosphere of economic crisis to grease the passage of any legislation he pronounced an economic need. But it hasn't worked out that way. Whatever their virtues, restricting carbon emissions and expanding the health entitlement do not constitute a direct response to America's financial and economic failures. No economic theory suggests that a round of new federal regulations and entitlements would result in a burst of economic growth.

More typical is the recent reaction of Colin Powell, a close Obama ally. "We can't pay for it all," said Powell. "I'm concerned at the number of programs that are being presented, the bills associated with these programs, and the additional government that will be needed to execute them."

Powell is expressing what many moderates in the Senate must be thinking: Is a time of unsustainable debt and economic contraction really the right moment to add massive spending and debt, along with the taxes they eventually require? In what economic universe is this rational? Not even, apparently, in the pleasant, alternate universe of California, which last week began issuing $3 billion in "registered warrants," also known as IOUs. "We don't have the money to pay our bills," admitted Gov. Arnold Schwarzenegger. "It's a sad story."

By the time the health care debate begins in earnest, these challenges at the federal level will be unavoidable. Perhaps $1 trillion in spending will be on the table. Some of the resources necessary for a "revenue neutral" bill may come from savings in the health system. But administration and congressional officials are already hinting at the need for new revenues, including some type of tax on employer-provided health benefits. "The important thing at this point is ... to keep the discussions going," says David Axelrod, even if discussions include such taxes. "We haven't drawn a lot of bright lines," explains Robert Gibbs.

To pass his health proposal this year, Obama would first need to violate his word. As a presidential candidate, he pledged that "no one making less than $250,000 a year will see any type of tax increase" -- the most memorable number of the 2008 campaign. Taxing health benefits would certainly cross this very bright line and add to the public stock of cynicism.

Second, Obama would need to abandon economic common sense -- adding debt to debt or new taxes to a struggling economy. Either way, it would be a sad story.

Or maybe the captain could wake the passengers, end their dreams and announce the obvious: Because the economy has not improved, ambitious health reform must wait.