The Week of Revelation 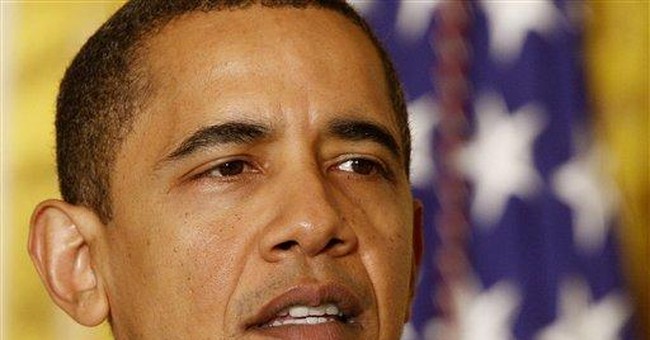 WASHINGTON -- After a month of personnel appointments and canine selection, last week was the Obama administration's week of revelation.

In a speech at Camp Lejeune, President Obama pledged "to succeed" in what candidate Obama called a "misguided war" in Iraq -- slowing down his promised pace of troop withdrawals, pledging to retain a substantial military force to support Iraqi democracy, and claiming credit for a "new strategy" that was largely the implementation of President Bush's own. The McGovernite peace candidate became the responsible commander in chief.

On domestic policy, the revelation was different. Candidate Obama was a tonal moderate -- a pragmatist determined to muddle the old divisions of blue and red into a pleasing, post-partisan purple. His mainstream economic appointments seemed to confirm this intention. His stimulus package and bank bailout proposals were expansive and expensive, but not ideologically radical.

And then the budget came -- ideologically ambitious, politically ruthless and radical to its core.

Obama chose a time of recession to propose a massive increase in progressivity -- a 10-year, trillion-dollar haul from the rich, already being punished by the stock market collapse and the housing market decline. This does not just involve undoing the Bush tax reductions but capping tax deductions to collect about $30 billion a year. Despite all the rhetoric of "responsibility" and shared sacrifice, the message of the Obama budget is clear: The wealthy are responsible for the economic mess and they will bear the entire sacrifice so that government can "invest" in the people.

But governments do not "invest," they spend. Such spending can be justified or unjustified. It is wealthy individuals, however, who actually invest their capital in job creation. Most have much less capital than they used to. Under the Obama budget, they would have less still. This does not seem to matter in the economic worldview of the Obama budget. Equality is the goal instead of opportunity or economic mobility. And government, in this approach, is more capable of investing national wealth than America's discredited plutocrats -- meaning successful two-income families, entrepreneurs and professionals.

This is not merely the rejection of "trickle-down economics," it is a weakening of the theoretical basis for capitalism -- that free individuals are generally more rational and efficient in making investment decisions than are government planners.

This ideological shift is also evident in Obama's treatment of charitable giving. The new budget seeks to raise billions for health reform by limiting the charitable deduction for the wealthy. This is a direct claim that the good done by government spending will be more important than the good done by the wealthy. But it is often wealthy people who make the large donations that sustain colleges, universities and teaching hospitals. If government is inherently superior at making such charitable choices in the public good, why not make our entire education and medical systems public? Which seems to be the goal.

As a practical matter, the promise of expensive, shared public goods entirely at the expense of the rich is a transparent deception. A good portion of the budget's spending reduction is illusory -- based on the phony assumption that Iraq and Afghanistan war outlays would have continued at similar levels in perpetuity. The budget's growth assumptions are not remotely realistic. It does little to address the crisis of unsustainable Social Security and Medicare obligations. And its $634 billion health care reform "fund" is merely a down payment -- perhaps a third of the future cost.

So who is going to eventually pay for this accelerating debt, temporarily held by the Chinese and others? As the national debt's percentage of GDP moves from about 40 percent to perhaps 70 percent, there will not be enough wealthy people left to bleed. Once the economy recovers, broad tax increases will be unavoidable. Or Obama's "once-in-a-generation chance" will actually involve the imposition of massive burdens on the next generation.

Conservatives hope Obama's overreach and Harry Reid's and Nancy Pelosi's arrogance will provoke a backlash -- leading markets to revolt, uniting the Republican base and causing doubts among fiscally conservative Democrats. But as an academic at Princeton recently reminded me, "It is only overreach if you fail."

In the meantime, we have learned some important things. On defense policy, the peace candidate is not a radical. On economic policy, the post-partisan could hardly be more partisan. Obama does not want to cultivate conservatives; he wants to crush them. And that is a revelation.