Sudan: Ready Or Not 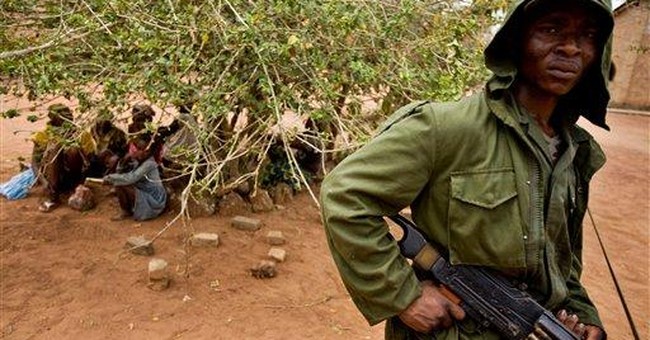 WASHINGTON -- While a new administration is just getting started, history doesn't stop.

On Sudan and Darfur, Obama's Africa team has begun a lengthy policy review, and is mulling names for a special envoy to Sudan. But an arrest warrant for Sudanese President Omar Hassan al-Bashir on charges of war crimes and crimes against humanity was approved by the International Criminal Court (ICC) this week. And the administration suddenly faces an unprecedented question: Can a hunted war criminal also be a partner in the Sudan peace process?

While in government, I was skeptical of the usefulness of ICC indictments in situations such as Sudan. Indictments are a blunt diplomatic instrument -- once imposed, almost impossible to withdraw in exchange for concessions. They leave a thug in a corner -- less likely to negotiate and more likely to lash out at humanitarian groups and civilians. A dictator with no options is dangerous.

But I have changed my mind in the case of Bashir. The traditional carrots and sticks of diplomacy have failed. For decades, the Sudanese regime has been masterful at using minor concessions and delaying tactics, playing allies who want oil and critics with short attention spans, to achieve its genocidal ends. Bashir would like nothing better than to play another round in this game. The ICC warrant provides an opportunity to change the rules, holding Bashir personally responsible for achieving massive improvements, or personally responsible for committing massive crimes.

There are three predictable international reactions to the ICC arrest warrant against Bashir. -- Sudan's traditional enablers -- China, the Arab League, South Africa and other nations of the African Union -- will push the U.N. Security Council to defer enforcement. Sudan's current negotiations in Doha with Darfur rebels may result in apparent progress, including a rough framework for future peace talks. Supporters of Sudan will argue that this is reason enough to give Bashir a reprieve and some breathing room.

-- Britain and France, in contrast, will likely insist on the enforcement of the warrant to maintain the institutional credibility of the ICC itself.

-- America can be expected to take a different approach. For a variety of reasons -- particularly the strong military objection to having soldiers tried by foreign courts -- the United States has not joined the ICC, and is not likely to do so during the Obama administration. The focus of American policy has been on negotiating a positive outcome in Darfur with Sudan's government instead of defending the institutional health of the ICC.

But progress in Darfur now requires the ICC warrant to mean something. Granting a deferral in exchange for another round of worthless Sudanese pledges and promises would be the surrender of international seriousness. Bashir's only hope of self-preservation should be the achievement of large changes on the ground in Sudan -- a verified cease-fire mechanism in Darfur supported by the international community; the implementation of resettlement and compensation; an end to all harassment of humanitarian groups; full compliance with the Comprehensive Peace Agreement between Sudan's north and south and with all other international commitments.

Until this type of cooperation is demonstrated, Bashir should be treated as an international pariah -- a designation he has fully earned. The Obama administration should quietly make clear to China, the African Union and others that a premature deferral is unacceptable, and that direct diplomatic contacts with Bashir himself will be limited to peace negotiations. Reprisals against aid groups and civilians in Darfur by Bashir's army and intelligence forces should result in serious consequences -- including the grounding of Sudan's air force, which both Vice President Joe Biden and Secretary of State Hillary Clinton have favored in the past.

In the absence of Bashir's compliance, strong, consistent international isolation might slowly raise the regime's internal pressure. Sudan has a collective leadership -- more like a criminal gang than a totalitarian dictatorship. If the Sudanese army eventually decides that Bashir has become an international leper and liability, he might be replaced by someone who better understands the new rules of the game -- which do not include impunity for genocide. This is a distant prospect, but perhaps the best possible outcome.

Change in Darfur will not arrive with the delivery of an arrest warrant. It will require the construction of a broad coalition to isolate and marginalize Bashir. And if he is offered a negotiated way out, it must be costly and comprehensive.

These complex challenges now fall to the Obama administration -- ready or not.