The Real Scandal of Religion 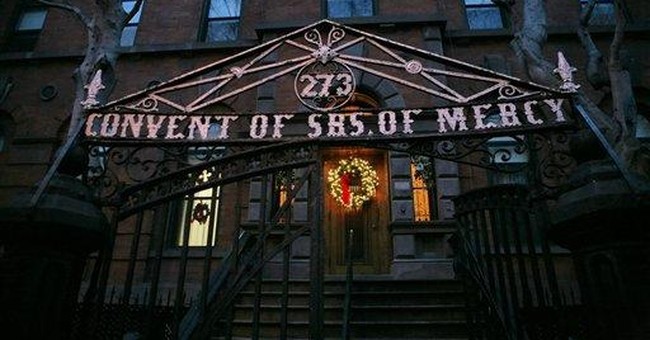 WASHINGTON -- I recall sitting at a Kigali restaurant with a Tutsi woman who described the death of her younger sister, a university student, during the Rwandan genocide. The girl had been given up for murder by one of her own teachers, who was a nun. The survivor across from me, previously a Catholic, had never attended church again. In the sacrifice of the Mass, she could only see the sacrifice of her sister.

Many items on the list of horribles laid at the door of religion are libels or exaggerations. But this charge -- the indifference or complicity of many Christians during the great genocides of modern history -- is one of the genuine scandals.

In Hitler's Germany, Christians responded to mass murder with general acquiescence and only isolated defiance. Protestants earned the most shame. In the Evangelical Lutheran Church elections of 1932, so-called "German Christians" won two-thirds of the vote -- and later praised the fight "against the political and spiritual influence of the Jewish race." Catholic leaders were less overt in their anti-Semitism, but hardly heroic in their resistance -- usually accommodating rather than confronting the Nazi regime. "Charity is well and good," said one Vatican official at the time, "but the greatest charity is not to make problems for the church."

During the Rwandan genocide, writes Timothy Longman, "Numerous priests, pastors, nuns, brothers, catechists and Catholic and Protestant lay leaders supported, participated in, or helped to organize the killings." Two Benedictine nuns collaborated with Hutu militias in the murder of 7,000 people just outside their convent grounds. A priest participated in the burning and bulldozing of a church with 2,000 men, women and children inside.

It is very difficult to understand how those who worship a man on a cross could help to drive the bloody nails themselves. But the record is clear: When religion is infected by racism, ideology or extreme nationalism, it can become a carrier of hatred instead of conscience. And when churches are concerned mainly for their institutional self-preservation, they often end up neck-deep in compromise or paralyzed by cowardice.

This is the historical context for the Catholic Church's recent lifting of the excommunication against Richard Williamson, a bishop of the ultra-conservative Society of St. Pius X. Williamson claimed last month, "I believe that the historical evidence is strongly against, is hugely against 6 million Jews having been deliberately gassed in gas chambers as a deliberate policy of Adolf Hitler. ... I believe there were no gas chambers."

There is no reason to believe that Pope Benedict XVI has backtracked on the admirable Catholic engagement of the Jewish community under John Paul II. Benedict was obviously distressed and surprised by the Williamson controversy, using his audience last week to affirm his "full and indisputable solidarity" with Jews. His attempted reconciliation with dissidents such as Williamson was intended to be a statement about church unity, not about Holocaust history.

But it was a large, insensitive error. The Vatican admitted that Williamson's Holocaust denial was "unknown to the Holy Father at the time he revoked the excommunication." Not only the Obama administration struggles with an incompetent vetting process.

The stakes of such failure, however, are higher for the Vatican. Christianity -- still accused by the anger of genocide survivors and haunted by the unquiet ghosts of Auschwitz and Kigali -- cannot tolerate leaders who deny the Holocaust without adding to its greatest scandal and further discrediting its deepest ideals.

Benedict has ended up at the right place, demanding that Williamson recant his statements. But serious damage has been done because the wounds are so recent, and the historical offense so massive.

While Christian resistance to the Holocaust was rare, there were exceptions. Bernhard Lichtenberg, the provost of St. Hedwig's Cathedral in Berlin, was convicted of violating the Sedition Law after two parishioners informed on him to the Nazis. The judge summed up his crime as follows: "On 29 August 1941, the defendant held evensong ... before a large congregation. He closed the service with a prayer in which he said, among other things: 'Let us now pray for the Jews and for the wretched prisoners in the concentration camps.' ... He states that he has included the Jews in his prayers ever since the synagogues were first set on fire and Jewish businesses closed."

Lichtenberg served two years in prison and died on the way to Dachau. A church dedicated to his ideals cannot be the church of Bishop Williamson.