Should GM Be Allowed to Fail? 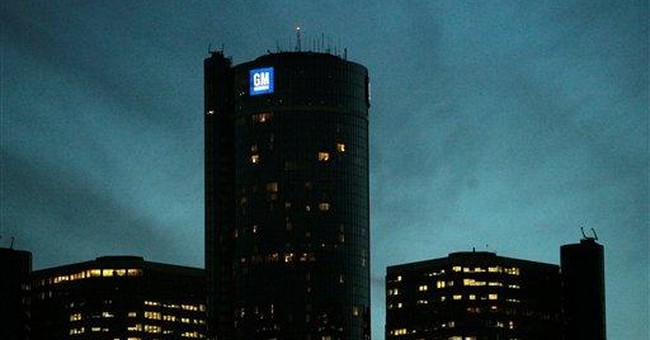 WASHINGTON -- The founder of General Motors -- the charming, risk-taking Billy Durant -- was never as famous as Henry Ford. But while Ford built reliable black boxes, GM focused on variety and color, feeding an exuberant American consumerism. During the initial months of the Great Depression, GM had the nerve to introduce the Madame X Cadillac boasting 16 cylinders. Who could be depressed with that kind of vroom? In the late 1930s, GM's "Parade of Progress" -- a traveling showcase of the latest auto technology -- visited 251 towns where 12 million Americans saw the shape of a gleaming, streamlined future.

But in our current downturn, General Motors has become a symbol of decay rather than renewal. As one senior administration official recently told me, "The biggest economic question is now: Should GM be allowed to fail?"

Few companies more deserve failure. General Motors overproduces cars that few people want to buy, propping up demand with financial incentives that result in consistent losses. The company is weighed down by massive overhead and crippled by unsustainable labor contracts. GM has made incremental progress on labor costs and product quality -- the Cadillac CTS has plenty of vroom -- but these changes have had the effect of a watering can on a three-alarm fire. General Motors -- the first company in the world to make $1 billion in a year (1955) -- is now losing nearly $1 billion a month.

For many, the answer is simple: GM should declare bankruptcy. With its creditors in charge, GM could restructure, sell off assets and perhaps emerge on the other side a leaner, more competitive company. A government bailout, in this view, would only reward mediocrity and delay the inevitable.

But bankruptcy for GM presents unique challenges. Most Americans would probably buy a microwave oven from a company in bankruptcy. But who would buy a car and warranty from such a company? One of the primary considerations in purchasing an automobile is service and support during future years. Let's not obscure the matter. The bankruptcy of GM would probably mean the end of GM.

But GM will not be allowed to fail. No president, in the end, would risk this massive shock to a fragile economy. President George W. Bush supports quick access to Department of Energy funds. President-elect Barack Obama will certainly not take economic risks for the sake of pure, free-market doctrines he does not hold. Economists estimate that a rapid auto industry meltdown could cost up to 3 million jobs -- perhaps sending the jobless rate as high as 9.5 percent. It could also result in a bottomless psychology of panic.

But wouldn't government intervention be a slippery slope? Why bail out GM and not Circuit City? Well, perhaps because the closing of Circuit City leaves an empty place at the mall, while the collapse of the American auto industry would leave entire regions of the country in crisis. It is the job of a president -- on issues from military intervention to economic policy -- to keep his footing on unavoidably slippery slopes.

The coming bailout will be a major challenge for Obama. If he caves in to the auto unions that helped elect him and merely shores up a failing industry, he will start his presidency on a note of weakness. If he insists on a serious restructuring that creates sustainable companies -- including large pay and benefit cuts, and massive downsizing -- he could gain a reputation for toughness similar to Ronald Reagan's after his early firing of striking air traffic controllers in 1981.

Republicans also face a challenge. Some Republican congressional leaders seem to get an ideological thrill from the prospect of failing auto companies -- cheering on the "creative destruction" of an economic demolition derby. "Companies fail every day and others take their place," explains Sen. Richard Shelby of Alabama. But the American auto industry does not fail every day. And it is hard to imagine any successful program of Republican political reconstruction that begins with the further decimation of the Rust Belt and the resentment of millions of unemployed workers.

Billy Durant would understand the current travails of GM. After being fired from the company for financial mismanagement, Durant lost his fortune in the crashing stock market. In 1936, he filed for personal bankruptcy and later opened North Flint Recreation, a bowling alley. That is the risk inherent in capitalism. But the sudden collapse of the company he founded would risk too much.