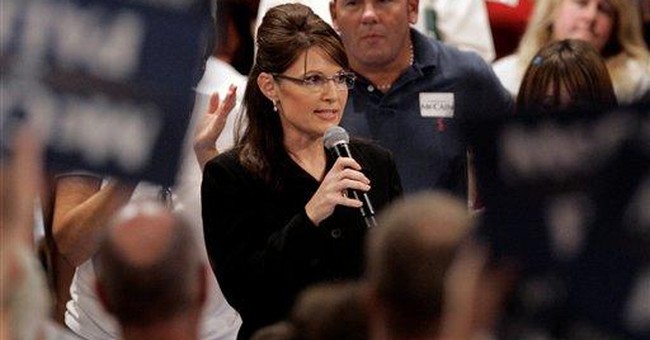 WASHINGTON -- It is an odd thing to observe a historical debate on events about which one possesses the knowledge of a participant -- something like watching archeologists dig and sift through your living room, proposing their own interpretations of your photos and knickknacks.

And it raises a disturbing prospect: That most such debates are conducted by experts possessing great confidence and little knowledge.

This controversy began when ABC's Charles Gibson asked Sarah Palin to give her view of the Bush doctrine. Palin's vague answer provoked a dismissive response from Gibson, who defined the doctrine as "anticipatory self-defense." Charles Krauthammer came to Palin's defense, arguing that there were four consecutive versions of the Bush doctrine, culminating in the democracy promotion agenda of Bush's second inaugural address -- a description that is closer to the truth. Joe Klein, with absolute and unjustified self-assurance, then insisted, "There was only one Bush doctrine" -- the pre-emption of emerging threats. One frustrated Canadian columnist concluded: "It turns out nobody really knows what the Bush doctrine is."

But that is not quite true. The Bush doctrine is not the Da Vinci code. It developed over time, but it developed according to the intentions of a single man. The content of the Bush doctrine directly reflects President Bush's convictions about the nature of the post-9/11 world. And the form of that doctrine is something I worked directly with him to shape.

There are many speeches that could be cited. But when President Bush's foreign policy vision was under general assault in late 2005 and early 2006 --the bloody low point of the Iraq War -- he set out in his 2006 State of the Union address to defend three prongs or elements of the Bush Doctrine against growing American isolationism:

-- Aggressively confronting emerging security threats. From the start, President Bush stated that the pre-emption of new age threats -- terrorist networks, the regimes that aid and shelter them, and weapons of mass destruction -- is not always a military task. Economic and diplomatic pressure are the preferred and likely tools in dealing with outlaw regimes. And there is no doubt that the Iraq War has sapped public support for military options, even as a last resort. But Iraq shows the challenges of implementing pre-emption; it does not disprove the theory. If Iraq had possessed stockpiles of nerve gas and biological agents, who would now question the need to forcefully confront that threat? In this election, it is Barack Obama who has proposed the extension of greater American power into the dangerous border regions of Pakistan, the current home base of al-Qaeda. What possible reason could there be for such action except the pre-emption of threats to America and its allies?

-- Democracy promotion. The idea that America benefits in the long run from the spread of a liberal, democratic, free-trading world order is not a Bush innovation, it is a post-World War II consensus. Not every tyrant in recent history has been an enemy of America. But every major enemy of America in recent history has been a tyrant. Bush's true innovation was to apply this consensus -- at least occasionally -- to the Arab Middle East. It is not an easy task. There are many valid arguments about the pace, phasing and methods of reform. But eventually there is no alternative. The dictators of the Middle East not only rule unjustly but generally ineffectively, and their oppression pushes most opposition toward the radical mosque. As these nations fail and become unstable, the question will inevitably be asked of any president: What did you do to promote a viable political alternative to Islamism while you had the time?

-- Fighting disease and promoting development. This is perhaps the most unexpected and underappreciated element of the Bush doctrine. Bush, in some ways, has accepted a "root causes" theory of world disorder, from terrorism, to criminal and drug networks, to pandemics and refugees. So he has doubled overseas development assistance during his time in office, and nearly quadrupled aid to Africa (an increasingly important battlefield in the war of ideas against radical Islam). He has tied some of this increased aid, through the Millennium Challenge Corporation, to improvements in governance that make other forms of economic and social progress possible. Both of the current candidates for president have indicated they will expand global aid as well.

It really doesn't matter much if the next president and vice president can identify these three elements of the Bush doctrine. They will live by them anyway.