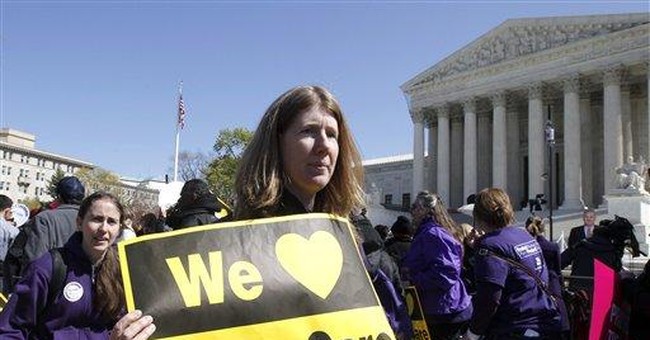 In the just-released Spring 2013 issue of Harvard Health Policy Review, I have an article titled “ObamaCare: The Plot Thickens.”

The article examines the IRS rule that purportedly implements ObamaCare’s tax credits, but actually violates that statute by taxing, borrowing, and spending hundreds of billions of dollars contrary to Congress’ explicit instructions.

The article is a less-technical version of my Health Matrix article (coauthored with Jonathan Adler, “Taxation Without Representation: The Illegal IRS Rule to Expand Tax Credits Under the PPACA.”)

In this still-unfolding narrative, the Obama administration’s actions are triply anti-democratic. First, the IRS is violating a direct constraint that popularly elected legislators placed on the executive branch. Second, it is violating that duly enacted statute for the purpose of denying popularly elected state officials the vetoes Congress gave them over certain provisions of the statute. And third, it is violating the statute because administration officials either cannot fathom or will not accept that Congress meant to do what it clearly did.

Obama administration officials continually emphasize that the PPACA is “the law of the land.” That remains to be seen, in more ways than one.