Delaying the Employer Mandate Requires Delaying All of Obamacare 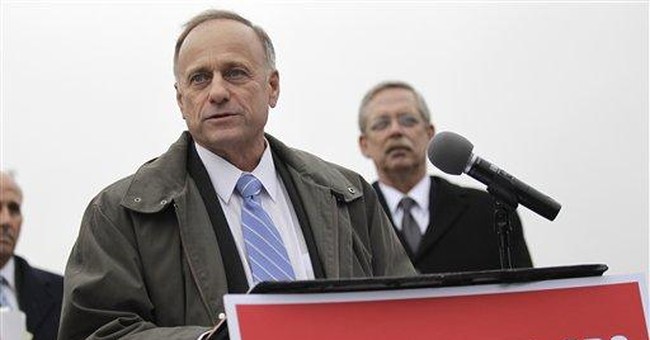 The IRS has announced it will postpone the start date of Obamacare’s “employer mandate” from 2014 to 2015. Most of the reaction has focused on how this move is an implicit acknowledgement that Obamacare is harmful, cannot work, and will prove a liability for Democrats going into the November 2014 elections. The Washington Post called the decision a “fresh setback” and a “significant interruption” to the law’s implementation. John McDonough, a prominent supporter of the law, observes, “You’ve given the employer community a sense of confidence that maybe they can kill this. If I were an employer, I would smell blood in the water.” When a die-hard Obamacare supporter like Ezra Klein says the employer mandate should be repealed, clearly things are not going well.

While all of this is true, it misses the two most significant implications of this momentous development:

First, the IRS’s unilateral decision to delay the employer mandate is the latest indication that we do not live under a Rule of Law, but under a Rule of Rulers who write and rewrite laws at whim, without legitimate authority, and otherwise compel behavior to suit their ends. Congress gave neither the IRS nor the president any authority to delay the imposition of the Patient Protection and Affordable Care Act’s employer mandate. In the section of the law creating that mandate, Congress included several provisions indicating the mandate will take effect in 2014. In case those provisions were not clear enough, Section 4980H further clarifies:

(d) EFFECTIVE DATE.—The amendments made by this section shall apply to months beginning after December 31, 2013.

It is hard to see how the will of the people’s elected representatives – including President Obama, who signed that effective date into law – could have been expressed more clearly, or how it could be clearer that the IRS has no legitimate power to delay the mandate. Again, Ezra Klein: “This is a regulatory end-run of the legislative process. The law says the mandate goes into effect in 2014, but the administration has decided to give it until 2015 by simply refusing to enforce the penalties.”

This matters because the Obama administration has abused nearly every power it possesses–and asserted powers it clearly does not possess–to protect Obamacare. A partial list of abuses:

The Obama administration’s zeal to protect this never-popular law is so great, what won’t they do to protect it?

Second, the employer mandate is so intimately tied to the rest of the law that the IRS cannot delay it without delaying the rest of Obamacare.

In addition to penalizing employers that fail to offer acceptable coverage, Obamacare offers tax credits and subsidies to certain workers who don’t receive an offer of acceptable coverage from an employer. The law requires employers to report information to the IRS on their coverage offerings, both to determine whether the employer will be subject to penalties and whether its employees will be eligible for credits and subsidies.

The IRS both delayed the imposition of penalties and “suspend[ed] reporting for 2014.” As the American Enterprise Institute’s Tom Miller observes, without that information on employers’ health benefits offerings, the federal government simply cannot determine who will be eligible for credits and subsidies. Without the credits and subsidies, the “rate shock” that workers experience will be much greater and/or many more workers will qualify for the unaffordability exemption from the individual mandate. Either way, fewer workers will purchase health insurance and premiums will rise further, which could ultimately end in an adverse selection death spiral. The administration can’t exactly solve this problem by offering credits and subsidies to everyone who applies, either. Not only would this increase the cost of the law, but it would also lead to a backlash in 2015 when some people have their subsidies revoked.

I can’t see how the IRS can delay only the employer mandate. Perhaps Congress should offer to delay the rest of the law, too.

What's With All These Democrats Stroking Out All of a Sudden?
Matt Vespa