Prime Minister Says Children Should be Seen and Not Heard 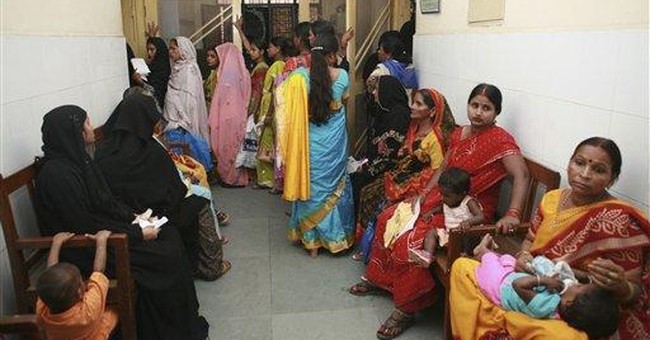 The Prime Minister of Bangladesh, Sheikh Hasina, recently announced that children of that nation should be excluded from all political activities. Quoted in the Indian newspaper The Daily Star, Hasina said that “Children would be aware of politics but should not be used in political activities.”

She made her proclamation in association with World Children’s Day and Child Rights Week 2009, suggesting that her nation’s actions were tied to its obligations under the UN Convention on the Rights of the Child.

This remarkable claim demonstrates how radically international human rights laws diverge from the American Bill of Rights. Evidence is mounting that the UN Convention of the Rights of the Child is exerting its influence across the globe in ways that may, one day soon, threaten the rights of American parents to raise their children as they see fit. This binding treaty is now being considered for ratification by the U.S. Senate.

In the United States, “children” – defined by the CRC as anyone below the age of 18 -- have every right to be active participants in all manner of political activities, from canvassing for candidates, to manning call centers and beyond. It is a basic right of free speech guaranteed in our First Amendment. Any effort by the government of the United States to curtail political activity by teenagers or other children would be summarily found to be unconstitutional by American courts. Clearly, the international human rights view of free speech—supposedly guaranteed by the Convention on the Rights of the Child— runs contrary to our American system of law.

This declaration should be a strong warning to American judges who seem all-too-eager to submit to international precedent in the advocacy of human rights.

And those in the United States Senate seeking ratification of the UN children’s convention might be surprised to learn that the announcement from Bangladesh runs contrary their position on the treaty.

Edward Lee O’Brien, the Executive Director Emeritus of Street Law Inc., recently sent an email to public school teachers in the United States on behalf of the U.S. Campaign for the Ratification of the Convention on the Rights of the Child. This advocacy organization has asked public school teachers (in grades 6-12) to “pilot a new curriculum to teach about the CRC,” even though to do so would certainly violate the CRC’s apparent restrictions on children’s political activities.

American advocates of the CRC do have this in common with their counterparts in Dhaka — they both apparently believe in government control of the political thoughts of children. In Bangladesh, the government intends to tell them what they may not do; in the United States, the pro-UN crowd would like to tell children what they must believe.

Whether the issue is environmentalism, tax policy, or international law, public schools should not become agencies of propaganda.

If we really believe in children's rights—-in a form that is recognized by the Bill of Rights—-then we need to do everything we possibly can do to defeat the UN Convention on the “Rights” of the Child. And we need to pass the Parental Rights Amendment—with now more than 120 co-sponsors in the U.S. House—to see that it stays defeated for good.

If we believe in the right of young Americans to engage in the political process, then it is essential that we defeat this dangerous treaty.