Do Not Take Your Foot Off the Pedal of Prayer

Michael Brown
|
Posted: Nov 01, 2020 12:01 AM
Share   Tweet
The opinions expressed by columnists are their own and do not necessarily represent the views of Townhall.com. 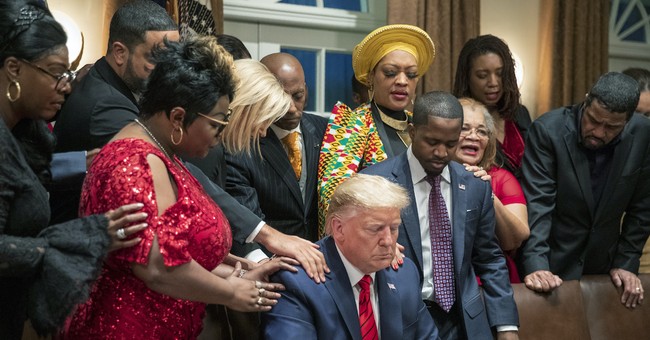 All over America, there is a great outpouring of prayer for the nation and for the elections. Believers are gathering together online and in corporate settings, fasting and praying for God’s intervention. “We need you, God,” they cry out with one voice. “Have mercy on our land! Don’t abandon us, Lord! Help, Father!”

Even in other countries, believers are fasting and praying for America right now. We stand at a pivotal time in our history, and as America goes, much of the world goes.

But the worst thing we could do is stop praying on November 4 (if, in fact, we have a result by then).

Unless, of course, you think that there is a political solution to the many maladies that afflict us. Or that getting (or keeping) the right person in the White House will be some kind of cure-all. Or that gaining (or regaining) the Senate or the House will stop the riots and unite the factions and quiet the unrest (and remove COVID too!).

Do I believe that one candidate and one party has better policies for the nation? Absolutely. But our problems are too deep for a political solution, and that’s why we must continue to pray.

When it comes to the elections, I never pray for a specific candidate or party to win. Instead, I cast my vote and then I pray for God’s best, not pretending to know the mind of the Lord. He has purposes and plans in mind that are infinitely above ours. He is looking at eternal implications and considering multi-generational outcomes. Perhaps what looks like the worst result in the short term will produce the best result in the long term.

That’s why I pray for God’s will to be done rather than praying for the election of the candidates for whom I vote. This is also what I recommend to others, since, in this way, we can all pray together in unity: “Father, Your will be done!”

Best to pray for His will, not ours.

That being said, it would be a massive strategic mistake to let up in the intensity of our praying once the elections are settled.

Think about it for a moment.

Although I voted for Trump in 2016 and will vote for him on Tuesday, I must ask myself: Is America more divided today than it was four years ago? Are we in more national upheaval? More shaking? More in danger of tearing apart at the seams? The answers are obvious.

So, even with the man many of us voted for in the White House, and even with the many positive things that Trump has done for the nation – and I truly believe there are many – America is a mess.

Barring divine intervention, four more years of Trump will only lead to more polarizing and more upheaval, including the deepening radicalization of the left. (Again, I say this as someone who believes Trump is a far better alternative to Biden.)

And what if Joe Biden is elected, especially if he keeps his campaign promises and implements the Democratic Platform? The resentment of the right (and even resistance from the right) will only intensify. The pushback against increasing government overreach will be intense, as will be the reaction to the continued loss of our liberties.

Either way, no matter who wins the election, the polarizing will increase. The anger will rise. The factions will deepen. And the extremes will become more extreme.

That’s why we need to keep the pedal to the metal when it comes to desperate, sustained, fervent prayer. Only God can heal our wounds.