This Is Not Satire. An Open Pedophile Is Running for Congress

Michael Brown
|
Posted: Aug 15, 2018 10:55 AM
Share   Tweet
The opinions expressed by columnists are their own and do not necessarily represent the views of Townhall.com. 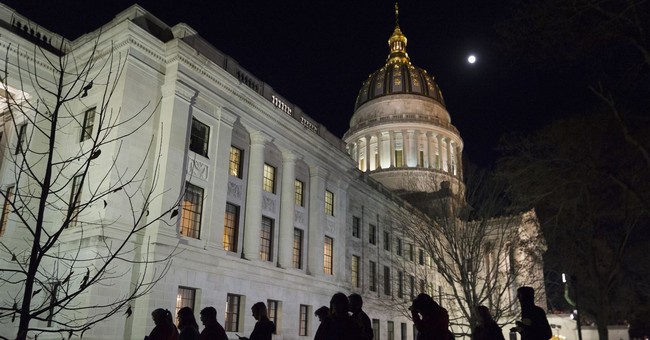 This article is not a spoof, and I’m not making up these headlines or quotes. Every word you’re about to read is true.

The story is now more than two months old, but it just caught my eye this week, and I felt it was important to share with you. I trust you’ll agree as you read.

WUSA9.com ran this headline on June 1: “Candidate for Congress wants to legalize incest.” Yes, “Nathan Larson, an accountant who lives in Fauquier County [VA], thinks it's okay for adults to have sex with children. A survivor of child sex abuse says Larson is a predator who should be locked up — not elected to high office.”

A widely-shared article from May 31 on the Huffington Post carried this headline: “Congressional Candidate In Virginia Admits He’s A Pedophile.”

To make things even worse, he also “bragged in website posts about raping his late ex-wife.” Indeed, “In a phone call, Larson confirmed that he created the now-defunct websites suiped.org and incelocalypse.today - chat rooms that served as gathering places for pedophiles and violence-minded misogynists like himself.”

And he admitted there was a “grain of truth” in an essay he wrote “about father-daughter incest and another about raping his ex-wife repeatedly.”

Yet this man is running for public office? He’s not ashamed of his attractions and proclivities? (Now you understand why I needed to state up front that this was not satire.)

In Larson’s own words, “A lot of people are tired of political correctness and being constrained by it. People prefer when there’s an outsider who doesn’t have anything to lose and is willing to say what’s on a lot of people’s minds.”

Really? Not talking openly about being a pedophile is a matter of being politically correct? That’s the only thing stopping us from saying, “Hey man, no big deal that you identify as a pedophile as long as you keep your hands off my kids”?

How dare Larson chalk this up to political correctness.

If you say, “Then what should someone do if he finds himself attracted to children?”

First, he should get help privately, and he should do so in a hurry. Second, he should renounce those attractions as perverted and unacceptable. Third, he should distance himself from any possible sources of temptation.

Should he choose to announce his struggles to the world, then he shouldn’t be surprised if he is shunned by parents with their kids. Would you feel comfortable having a grown man leering at your little ones?

Having said this, I’m not really surprised that something like this has happened.

In my 2011 book A Queer Thing Happened to America, I included a lengthy, carefully-documented chapter comparing 8 major pro-pedophilia arguments with 8 major pro-gay arguments. (For a summary, see this 2011 article, “Why Are We Surprised With the Push for ‘Pedophile Rights’?” As I stated emphatically in the book, I was comparing the arguments, not the actions.)

The author of a 2015 article on Salon.com called for sympathy for pedophiles, stating that, “I'm a pedophile, but not a monster.”

He made clear that he would not act out his desires, but that left him “cursed” with a pedophilic sexual orientation.

And now, two lecturers on the widely-viewed TED talks have called for sympathy and understanding for pedophiles. After all, we are reminded, they did not choose their feelings, and they are people like everyone else.

But again, this should not surprise us in the least. We have been heading in this direction for decades now, as we plunge deeper and deeper into sexual anarchy.

We have redefined marriage, a big reason being that, “We were born this way and we can’t change. Plus, our same-sex relationship doesn’t hurt anyone.”

We’re also getting increasingly used to polygamy and polyamory, while incest is becoming acceptable as well.

Why, then, should we react so harshly to pedophilia? We’re not talking about adults raping children. Even pedophiles acknowledge that’s wrong.

And if some adults (especially gay men) look back fondly at when older men “mentored” them sexually when they were young teens, maybe we should reconsider the age of consent? (I’m uncomfortable even writing these words, but they are all documented in the Queer Thing book, including quotes from famous gay activists.)

Should we be surprised that Peter Tatchell, known as England’s most prominent gay activist, has campaigned to have the age of consent reduced to 14?

That’s why I say that I’m not that surprised to see this latest development. And, while Larson’s candidacy has produced shock and revulsion, it is just one more step towards the desensitizing of our culture. After all, he was born that way, right?

My counsel to each of you is simple. Stay outraged. Stay revulsed. Stay shocked. And let’s pray that Mr. Larson would turn to God and ask for mercy and transformation. Pedophiles, too, can be changed.