The Nancy Brown Take on the Trump Kim Summit

Michael Brown
|
Posted: Jun 13, 2018 12:21 PM
Share   Tweet
The opinions expressed by columnists are their own and do not necessarily represent the views of Townhall.com. 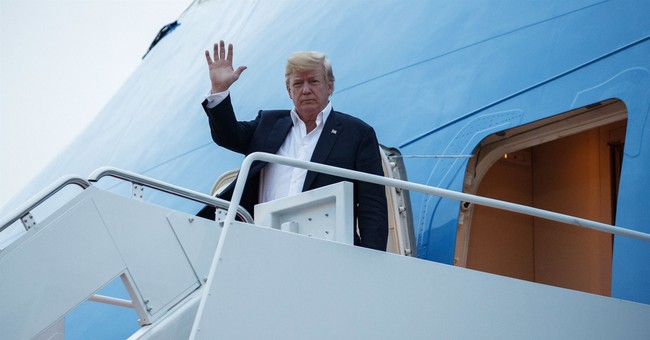 Nancy and I have been best friends since 1974, when we met at the age of 19, and husband and wife since 1976. She is the most pragmatic, level-headed person I know, as well as the best judge of character. She also has a way of reducing things to the bottom line. Her short and succinct statements often say more than I can say in a whole book. In that light, I share her perspectives here, which I found helpful.

Before getting into Nancy’s insights, a few general thoughts.

First, it’s amazing to see much of the liberal coverage of the summit. It’s as if there’s an unwritten principle that says, “Whatever Trump does, he’s wrong and he gets no credit.”

As of this writing, headlines on the Huffington Post and CNN read: “South Korea Blindsided By Trump War Games Agreement” and “Trump's new world order. From ripping up agreements with allies to his talks with North Korea, here are ways Trump is unsettling his predecessors' work.”

In contrast, Breitbart headlines declare: “Japan Praises Trump for Successful Summit with Kim Jung-Un” and “South Korea Praises” (the link was not working and hence not provided here).

I expect the partisan reporting to continue like this in the days ahead. The ultimate proof will be in the pudding. What will come out of this summit long-term? I’ll return to that question – the real question – at the end of this article.

Second, Nancy is hardly a Trump-backer. She voted for him with much trepidation and limited hope, feeling that his character and his ways of communicating would have a detrimental, divisive, even vulgarizing effect on the country. I voted for him with more anticipation than trepidation, hoping that he would be a true friend of the pro-life movement, of religious liberties, of Israel.

In short, Trump has lived up to Nancy’s fears and my hopes. He has excelled at doing both, the bad and the good, quite effectively.

As to the summit, Nancy had two simple questions. First, does Kim want “things” more than he wants power? Second, can he be convinced that freedom brings prosperity? (And was this in Trump’s mind when he showed him the now famous video?)

With regard to Kim and “things,” let’s remember that Kim is just 34 years old, hence, a millennial. And while many millennials have strong values as well (just think of their call for “justice and equality,” even if off balance), they have grown up with “things” more than any generation in history.

Cell phones. Video games. Ubiquitous online connections. More cars and possessions and gadgets than anyone has ever seen.

How much does this appeal to Kim? Since it’s unlikely that he envisions ruling the world one day (unlike, say, someone like Putin might), might he be satisfied with lots of “things” if he can retain the rule over his country?

With regard to Kim and freedom, let’s remember that he has not yet traveled the world and seen the full benefits of capitalism. He has not toured America and other nations. And so much of the world wants to be like America, for better or worse.

If Kim could genuinely believe that freedom would bring prosperity, would he embrace it?

After all, he could be known as the greatest leader in N. Korea’s history, the man who paved a new way, the leader who forged a new path.

That, of course, was what Trump was trying to sell him. And from my read of things (from a distance, like everyone else), Trump was far more concerned with selling a concept to Kim than of getting specific agreements nailed down.

Could it be though, that Kim is a victim of his own propaganda as much as anyone? In other words (as Nancy wondered aloud to me), could it be Kim has really believed that America (or S. Korea) wants to destroy his country or take over his land?

We simply do not know. And even if this were true, his alleged crimes against humanity remain inexcusable. But perhaps, when he sees the light of reality more clearly, it will result in positive actions from him.

On the character level, for whatever its worth, Nancy perceived more evil in Kim’s sister than in Kim. But again, this was part of a casual conversation, not a matter of deep discussion or dogmatic judgments.

In the end, the real question is: What will come out of the summit? Nancy was watching CNN reporters bash Trump, saying, “Kim was willing to sit with President Obama, but he refused. So it’s no big deal that Trump got Kim to meet with him.”

Yet that’s the whole point: Trump didn’t refuse. He was willing to sit down face to face.

Perhaps that will be the key that opens the door for this closed, oppressed, dark nation. Perhaps that face to face contact, with the hope of a better life for the people and a great legacy for Kim, will be the catalyst for the liberation of the nation.

We can only hope and pray.